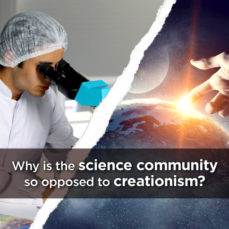 While there may be many reasons for tension between the scientific community and creationism, there are plenty of reasons why they should be able to co-exist peacefully. There are no logically valid reasons to reject creationism in favour of naturalism, as the scientific community has done. Creationism does not inhibit discovery, as evidenced by the titans of science who believed strongly in it. The derisive attitude spewed at creationists has diminished the number of capable and willing minds in many fields. Creationism has much to offer science and the scientific community. The God who made the universe revealed Himself through it (Psalm 19:1); the more we know about His creation, the more glory He receives!