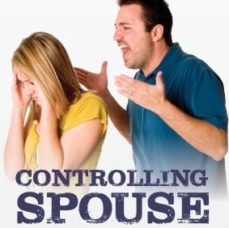 Gaining calm confidence
As indicated above, sometimes controllers feel that they are the controlled. Having wise, objective counsel sometimes is essential to discovering whether one is the controlled or the controller.
Additionally, if one is truly being manipulated or controlled, that person has to make a decision that he or she will no longer live under those conditions. Anger will not solve the problem. Calm strength can. Therapy or counselling may be required. Almost certainly there must be a strong support group.
Seeking help
Lastly, if someone is being physically controlled (violence, abuse, or similar), that person must seek professional intervention before any confrontation with the controller. If a person does not know where to find help, a talk with a physician can lead to the right resources.
Helpful contact details and numbers

By: JOE BEAM, founder of Beam Research Institute and chairman of MarriageHelper.com. He is a known and respected authority on love, marriage and sex. See: www.joebeam.com