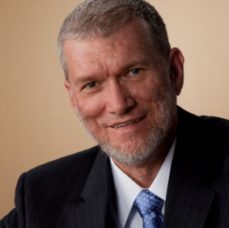 The Key to Reclaiming the Culture
by Ken Ham

As we look at the world today, we see an increase in homosexual behaviour, abortion, disrespect for authority, and pornography (to name but a few)
At the same time, we also see that the Church is not as effective as it once was. Have you also noticed, for example, that evangelists don’t get the same response today that they used to? Also, the public education system no longer has remnants of Christian thinking. As far as churches themselves are concerned, by and large they are either struggling to hold their numbers or are dropping – very few are increasing dramatically. Dwight Moody in his day could add thousands to his Sunday school class, but this does not happen today.

What has happened in society to bring about all these changes? Why is it that many more people today just scoff when you talk about Christ and don’t seem to be open to the Gospel message? To begin to understand this phenomenon, we must first consider the relevance of the book of Genesis. In John 5:46-47, we read Jesus Christ’s words about the first books of the Bible, “If you believed Moses, you would believe Me, for he wrote about Me, but since you do not believe what he wrote, how are you going to believe what I say?”

Then in Luke 16, Jesus quoted Abraham as saying (v. 31), “If they do not listen to Moses and the prophets, they will not be convinced even if someone rises from dead.” Both references underline the paramount importance placed on the writings of Moses, beginning with Genesis. In many Bible colleges today and in non-Christian circles, which book of the Bible is the most attacked, mocked, scoffed at, allegorised, and mythologised? It’s Genesis. The book that is quoted from so much in the New Testament is the most attacked, disbelieved or ignored. Why?

Ps 11:3 states, “When the foundations are being destroyed, what can the righteous do?” Likewise, if you want to undermine Christianity, destroy the foundations as they are established in the book of Genesis. (Is it any wonder that Satan is attacking Genesis more than any other book of the Bible?) The Biblical doctrine of origins is foundational to all other doctrines of Scripture. If you attempt to refute or undermine Genesis in any way, the rest of the Bible is undermined. Every single Biblical doctrine of theology – directly or indirectly – has its basis in Genesis. In fact, if you don’t fully understand Genesis, you really can’t hope to attain a full understanding of what Christianity is all about. Why?

If you want to understand the meaning of anything, you must first understand its beginnings. Genesis is the only book in the world that provides an account of the origin of the universe, life, man, government, marriage, culture, nations, death, sin, and so on. The true meaning of all these things is dependent on their origin. In the same way, the meaning and purpose of the Christian Gospel depends on the origin of the problem for which the Saviour’s death was – and is – the solution.

Genesis and the decay of the nations

It wasn’t long ago that a belief in creation was the basis for what most Western societies accepted – it was taught in the schools and universities through the 1800s and much of the 1900s. A belief in creation and a Creator meant there were absolutes – God the Creator set the rules and told us what was right and wrong. Parents sent their children to Sunday school to learn about Christian absolutes. Those who weren’t Christians by and large still respected and obeyed Bible-based laws. For example, abortion was murder. But what happened? A man named Darwin arrived on the scene in the mid-1800s. While he did much valuable work in areas like natural selection and variation, he took these observations and tied them to an idea of “molecules-to-man” evolution – a theory concerning biological origins. This jump was not true science, but people were misled into thinking it was (including many church leaders). Evolution is a belief system, as is creation. Because many people were deceived into thinking evolution was scientific, it began to permeate our society and churches. After all, men are sinful and are biased against God (they love darkness rather than light), and are thus more prone to accept that which is wrong than that which is right.

Over the last 100 years, people have increasingly accepted the evolutionary worldview, one which says there is no God (at least not the omnipotent God of the Bible). Human beings were increasingly being seen as merely the result of chance processes over time, and thus no-one (no Creator) owns us – you own yourself. This means that you are under obligation to no-one. As this humanistic view became established in society, people started to ask questions such as: “If evolution is true, and there is no God who is Creator, why are there even laws about what marriage is? Why are there laws against deviant sexual behaviour? In fact, why are there any laws at all? Why can’t we have abortion on demand – after all, killing a baby in the womb is like getting rid of any unwanted animal?”

In other words, the belief system of evolution has provided a basis for humanistic morality, which says that you can do whatever you want because nobody owns you – there is no right or wrong. The Church was largely caught unprepared in how to handle the situation. The fundamental clash we see in society today is between the religion of Christianity (with its creation basis) and therefore its absolutes, and the religion of humanism (with its evolution basis) and its relative morality – one that essentially says, “Anything goes.” Evolutionary thinking, including its long-ages timescale is helping to destroy the Church and society. Christians must be awakened to that fact.

What can be done? The Lord has provided a phenomenally powerful tool for us today – something called ‘Creation Evangelism.’ As I often say in my lectures, the major reason I believe the Church is so relatively ineffective is because it is not evangelising in the best way. Yes, the Church is proclaiming the message of the Cross and Christ, but not as effectively as it once did. We need to take a lesson from Acts 14 and 17, where we read about two specific examples of the evangelistic approach used towards the Greeks of the time – it was a different method than what was used for reaching the Jews.

When the Apostle Paul went to speak, he didn’t start preaching about Jesus Christ and the Cross. He began by telling them about the true God, who is the Creator. From there he presented the rest of the Gospel about Jesus Christ. The Greeks, even back then, believed in a form of evolution; thus in their eyes, there was no God, so He could not have any authority over them. We also read in 1 Cor. 1:23 that “the preaching of the Cross is foolishness to the Gentiles (e.g., the Greeks), but a stumbling block to the Jews.” The Greeks’ belief in a form of evolution gave them the wrong basis and therefore the wrong framework for thinking about this world. Preaching only about the Cross, therefore, was utter foolishness to them. Paul realised that. So before he could preach about Jesus Christ, he had to establish the basis on which he could build the rest of the Gospel. Thus, he established creation as the foundation, and from there he preached the message of the resurrected Christ.

According to the New Testament, whenever the Jews were approached with the Gospel, it was not with the message of creation first but with the teaching of Christ and the Cross. The Jews, you see, already believed in God as Creator and therefore they had the right framework of thinking, but refused to accept who Jesus was. It is time that Church leaders opened their eyes to the fact that our society, which used to be like ‘the Jews,’ has become like ‘the Greeks.’ In the past, there was a creation/ Creator basis in society, enabling the proclamation of the message of Jesus Christ with great effectiveness; in today’s Western nations, however, that basis has been all but eroded away and replaced with a humanistic one.

Before we can proclaim the Gospel of the Lord Jesus Christ with effectiveness, we should first establish creation as the foundation upon which the rest of the Gospel can be built. As this message is preached, people will realise that it gives us an essential key to understanding why there is increased lawlessness, homosexual behaviour, abortions and suffering in our world. Having that key provides an effective tool to approach the problem of reaching our culture with the Gospel message. Christians need to be fervent in proclaiming this message to as many non-Christians (and Christians) as we can, remembering that our primary purpose is to glorify God and to share Christ and His Gospel, as the Holy Spirit enables.

Ken Ham is the president of Answers in Genesis, one of the largest apologetics ministries in the world today. For more info see www.answersingenesis.org