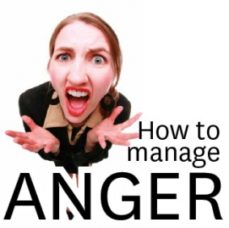 Tired of fighting? Want to run away because the arguments just seem to go around and around in circles, going nowhere? Are you at the end of your tether? Then this life-changing information is just for you! All you need to know is why you continue getting so angry and how to resolve your conflict. To empower yourself to cope with conflict management, you need to first ascertain the true reason or root cause which leads to that unwanted monster called anger.

Biblical Advice
The Word of God says in James 1: 19 -20 “My dear Brothers, take note of this: Everyone should be quick to listen, slow to speak and slow to become angry; for a man’s anger does not bring about the righteous life that God desires.” We are thus encouraged to realise that it is not a case of if we become angry, but rather, when we become angry…We will all be subject to having to face the reality of anger.

Positive or Negative Emotion?
The first consideration is this: do you think anger is a positive or negative emotion? Think it over. We generally recognise it as a negative emotion, but that is actually not the case. When we use it in its negative application, we invariably utilise it as a defence mechanism, which actually amounts to nothing else than misuse of the emotion. In its positive application it actually becomes a normal, even possibly healthy, application. If used in the way God wants us to use it, it lends itself to an opportunity for growth. Here is how to make the distinction: We need to separate the feeling of anger from the venting of anger. These are two different things altogether. Anger is not sin; it is the unwarranted, hurtful, aggressive venting of anger that is sinful. Anger is a warning light. It says I am not a happy person, for whatever the reason, and I better attend to it soon, before my behaviour turns sinful.

Dangers
Anger warns us of three dangers: Fear, Frustration, and Hurt. 1) Fear – This means you feel threatened either physically or emotionally and your response manifests itself through the medium of anger. Zig Ziglar has an acronym which says fear stands for: F = False E = Evidence A = Appearing R = Real This is exactly the case with danger element number one. 2) Frustration – This means you are frustrated to the end degree and your reaction could have devastating effects. 3) Hurt – This means you are so damaged either physically or emotionally and hence you find it difficult to cope. If this is the case, then what is the resolve? What key will unlock the secret to managing your anger? It is all in the application. Remember the verse in Galatians 5: 22 which emanates from love and ends with the word ‘selfcontrol?’ Well, that is the true key which will allow us to realise that the way we use our anger, will determine if our actions are sinful or not.

Ways to use anger
There are 3 ways to use our anger: Vent, Suppress or Process.
1) Venting your anger looks very much like the proverbial ‘the papaw has hit the fan’. It looks like a volcano that has erupted and is often supported by evidence of cups flying and crashing against the walls, or doors being kicked down. Not a pretty sight, yet many Christians find themselves saddled with guilt afterwards, although they originally felt ‘justified’ in their behaviour.
2) Suppressing your anger looks very much like you are a ‘goody two shoes’ as people can’t really see what is happening on your inside. The bad news, however, is that when this person eventually brings those emotions to a boil, it really brings out the worst behaviour imaginable. A story was once told of a gentle man who would not dream of even hurting a fly. Yet, one day travelling his usual route to work, he once again was cut off by a taxi and something within snapped: he grabbed the hockey stick in his vehicle, pulled the guy over and ended up with a charge of culpable homicide after beating the taxi driver to a pulp. Suppressing anger leads to repressing which is somewhat of a ‘coil spring’ reaction. If you press down a high tension coil spring, it will catapult into the air once released.
3) Processing your anger is the Godly response. You acknowledge the feeling of anger as either one of fear, frustration or hurt. Once you have determined that, you will start processing the data at hand. You will say something like: “I am angry with you and would like to deal with why and how it is affecting me. I recognise that I feel frustrated when it seems that you are not listening to me. I feel your rugby match is more important than our happiness.” The beauty of coming to grips with the processing of anger has a very definite positive message. If we learn to use anger to protect our love by listening to its voice, we will never be sinful. When we look for the WHY behind the anger, we are using anger creatively to grow and enrich our relationships. If we believe that anger is our enemy and not our friend, we will have great difficulty in learning how to process our anger

Time-out Principle
“Get real,” you say? That is a natural response, as sometimes in the heat of the moment you are simply too angry to make any logical sense. In fact, you better send yourself to the room to go to cool down before you do or say something you will regret forever. The Time-out Principle has two keys: Time and Place. Your partner does not want you to jump in your vehicle and speed off with the wheels spinning. She will be worried sick at first, but later the accuser of men, the devil, will start whispering into her ear which is linked straight to the heart via the mind. This sets itself up for aggravation and dire results. Time says you will announce how much time you require to get your emotions under control. You will, for example, indicate two hours after which you pledge to return to the problem-solving arena. Place says you will announce exactly where you will be, so as to alleviate any suspicion of any undesired addresses to be visited. Your spouse needs the security, even though at that moment sensible communication would be out of the question. The Time-out Principle is nothing other than a reconciliation process in action.

Final thoughts
Any relationship, whether in marriage, parent to child, or colleague to colleague, deserves your best Godly intention to take responsibility of your own behaviour. A great Scripture to actively assist with the handling of one’s anger is 2 Cor10: 5b where “we take captive every thought to MAKE it obedient to Christ”’ Notice that we have our part to play – it is an action we take being accountable to God. Anger does not have to reduce us to pitiful, weak, sinful beings –we are overcomers. We are more than conquerors. We are called sons and daughters as we are led by the Spirit.