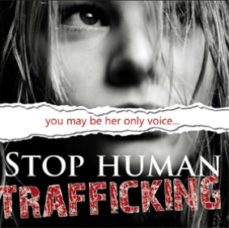 Human trafficking is an organised criminal industry that affects every nation. While the statistics can seem overwhelming, it is important to remember that every number represents the life of a victim. It is estimated that up to one million people are trafficked across borders annually, with many more trafficked internally in their own countries. It is not just something you see in a movie. It is not over dramatised or over exaggerated…and it is far from finished.
South Africa is a hotspot
Across Southern Africa today, men, women and children are being deceived. Struggling to survive in situations of destitution, they are promised jobs that seem to offer life- lines, but merely mark the beginning of their exploitation.
Not one of the cultures in South Africa claim to condone the abuse of women and children, yet we’ve reached such a state of moral depravity that a recent study shows that one in every four South African men admits to having raped a woman.
Defining human trafficking
Human trafficking is the process of recruitment and transportation of people by means of deception or force for the purpose of exploitation. This exploitation most commonly involves forced prostitution, but victims are also trafficked for bonded labour and domestic servitude. Victims can be men, women or children.
The process of trafficking
Sometimes girls are told there are good jobs in the city. They are lured from their homes with the promise of work; often it is friends and even family members who offer to pay for the travelling costs, passports and accommodation.
The community allows the trafficker to take these girls because they think it is a good opportunity. The traffickers also promise clothes, jewellery and expensive gifts.
Some traffickers put adverts in newspapers promising good jobs, training and accommodation. The opportunity offered to the girls does not exist and they are tricked.

Trapped!
When a girl arrives at the new job, the trafficker asks her to give her ID or passport for safe keeping. The girl thinks it is the right thing to do. If the girl is from another country, she can now not prove that she is legally in the country.
This makes her too scared to go to the police. She is now without her papers and also doesn’t have the job that she was promised.
What the traffickers then do is they tell the girl she owes them money because they paid for everything she needed. These girls are told, you must pay the money back by working as a prostitute. If she resists, the trafficker will beat and rape her. The trafficker will even take away her food and water. Sadly, even if she starts working as a prostitute, the money she makes is never enough to pay back the trafficker.
Shamed into silence
In order to keep the crime quiet, the trafficker tells the girl that they will hurt her family if she tells someone what they are doing. If the girl has a child, the trafficker will keep the child from her as a bargaining tool to force her into prostitution.
The trafficker never takes his eye off the girl (or women). The girl is taken everywhere and she is never left alone. She now has to do everything the trafficker tells her to do.
The life of a prostitute is soul destroying. The traffickers give the girl drugs so that she will do what they tell her to do. The girl starts taking drugs all the time to take the pain away; forcing her into addiction.
A global snapshot
Greece is known as ‘the centre of trafficking in Europe. A primary destination and transit country for human trafficking, Greece is the primary gateway for trafficked victims to enter the European Union, host to 90% of all EU illegal immigration.
Ukraine is a source country for trafficked women, and is currently one of the largest exporters of women not just to the European Union, but also to the Middle East and South East Asia. The “exotic beauty” of Ukrainian and Russian women has made them the most valuable commodities in the current international sex trade. Bulgaria is a source country for human trafficking and to a lessor extent a transit and destination country for women and children trafficked into the sex slave industry, as well as forced labour of men, women and children.
What you can do
In South Africa the statistics are equally as dismal, as our country is a source, destination and transit hotspot for traffick victims. However, STOP (a registered Christian charity), together with several other like-minded organisations are working toward alleviating, preventing and rescuing victims of trafficking.
You can help by supporting them, educating yourself and spreading the word. You can also invite STOP to speak at your school or church.
For more info please email: stoptrafficking.sa@gmail.com 