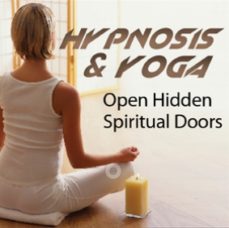 Hypnosis and yoga are a couple of mystical practices which have basically become mainstream. Just because a spiritual practice becomes popular however, doesn’t mean that it is safe and beneficial. Many spiritual teachings and practices are dangerous to the soul. This calls for daily discernment and constant vigilance on the part of every Christian.

Opening dangerous spiritual doors
Altered states of consciousness and other mystical practices open doors in the spiritual realm. Once a door is opened, a person becomes vulnerable to any spirits which come through that door. For example, a séance opens a door. So do animal sacrifices and all voodoo rituals as well. Astrology is another spiritual exercise which opens a door. Even something seemingly as innocent as placing a ‘dream-catcher’ above your bed opens a door in the spiritual realm.
A number of years ago a mother heard me talk about dream-catchers. She told me that her daughter had been having nightmares every night for years. She immediately removed the dream-catcher from her daughter’s bed. The first night the dream-catcher came down, the nightmares stopped and never came back. Close the spiritual door and you close off access to unwanted spirits!

Flee from hypnotic trances
Hypnosis is basic to the Eastern religions. Prominent hypnotists have estimated that there are probably over 100 different stages of hypnotic trance. Christians should never allow themselves to be put in a trance, regardless of who is leading you into that mental state of relaxation. No matter what obstacles we face, God will help us if we rely upon Him rather than magical or mystical experiences. It is very dangerous to open hidden spiritual doors through hypnosis.

Do not conform to the world
These doors are ‘hidden’ because they are invisible to the human eye. You also don’t see the spirits that come through these doors. Likewise, you don’t see the Holy Spirit or Jesus when you trust Christ for salvation. Nevertheless, God enters your heart through a door in the spiritual realm the moment you are converted.
The Apostle Paul asked, “Did you receive the Spirit by observing the law, or by believing what you heard?” Gal 3:2. There is only one right answer. The Holy Spirit enters a person’s life through the door of Jesus Christ when that person believes the Good News of the Gospel.
Hypnosis operates on the other side of the ledger. As one New Age author put it: “Hypnosis can be an open door to psychic experiences of many kinds.” Born-again believers should never turn to psychic experiences to help them solve a problem. God is our deliverer and our defence. God is not the author of hypnosis.

Protect your mind
Yoga opens hidden spiritual doors as well. The physical exercises of yoga are designed to prepare the body for the spiritual changes which yoga produces. Some of the reported symptoms of a ‘Kundalini Awakening’ through yoga include: itching, burning, cramping, twitching of skin and body, severe emotional mood swings, anxiety, depression, rage, fear and dread, mental confusion, and even paranormal activity.
In short, yoga never produces Christ-centered peace and joy. The Holy Spirit uses the Scriptures and our faith in Christ to produce that good fruit….not the mystical practices of Eastern religions. A person may enter into a séance, hypnosis or yoga with innocent motives. That doesn’t solve the problem. When you open a door to spirits, you place yourself in harm’s way…unless you are turning to the Holy Spirit. No born-again believer should utilise yoga or hypnosis because of the spiritual dangers associated with these practices. Even when facilitated by a ‘professional’, the dangers far outweigh any potential benefits.
Nobel scientist Sir John Eccles said of the human mind that it was ‘a machine that a ghost can operate.’ Altered states of consciousness open doors to various ghosts (spirits). Hypnotism, yoga, and transcendental meditation have always been linked to spiritual darkness.

Test the spirits
The ‘father of hypnotism’ was Franz Anton Mesmer…from whose name we get the word ‘mesmerise’. Mesmer was a practitioner of the occult. He knew how to put people into a trance. It was very similar to the way a medium conducts a séance. Yoga instructors and hypnotists are proficient at mesmerising their followers. Their craft opens hidden spiritual doors whether they realise it or not.
While there is not a ‘demon behind every bush,’ there really are spirits behind every spiritual door. If you open one of these doors, they come right through it. This is why the Bible says: “test the spirits” 1 John 4:1. Evil spirits accompany wrong doctrine…as well as wrong activities. The only Spirit you should seek to guide you is the Holy Spirit. He leads people to repent of their sin and believe in Jesus. He then fills a believer with God’s love and power and with self-control.

Review your actions
If you are out of control today in some area of your life, review your actions to see if you have been opening any doors through sin or specific acts which lead to altered states of consciousness or to anger and rage. Have you been persisting in a particular sin rather than confessing it to God and repenting of it? For example, when you go to bed at night angry with someone, you open a door to evil spirits (Ephesians 4:26,27).
Likewise, you open a door to evil spirits when you dabble with hypnosis or yoga. Those who participate in these activities definitely feel the mysterious energy because the spiritual energy is real – it’s just not from God.
God will use a minister and other Christians to bless your soul. As they share the Gospel and God’s Word with you, a transformation will take place. Believe God’s Word. Trust in Jesus. Flee from activities associated with mediums, the occult, and Eastern religions. God will bless your soul if you choose to rely upon Christ to be your Provider and Redeemer.
Jesus said, “I am the Door. Whoever enters through Me will be saved.” John 10:9. Jesus will never hypnotise you. He will never lead you through physical exercises aimed at bringing spiritual enlightenment. He will simply speak the truth to you, exercising your mind in healthy ways, and He will forgive your sins and give you eternal life.

Don’t be fooled by hidden spirits
Any door other than Christ is just a cheap imitation, and any other practitioner will only open doors for spirits they are incapable of controlling. Even when these folks mean well, they simply don’t have the ability to protect you from the spirits they deliver to your soul. In fact, some of these practitioners have no idea they are opening doors through their enchanting craft.
In those instances, the spirits remain as hidden as the doors they use to enter a person’s mental and spiritual surroundings – surprise, surprise! You didn’t really think the devil and his legions would show up in a red suit with a pitchfork, did you? 
Dan Delzell