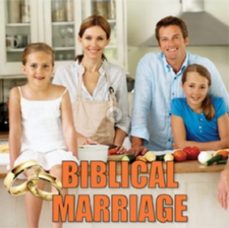 Biblical marriage is often viewed as an old-fashioned institution with no place in modern society – an opinion that holds sway not only outside the church, but within it too. So we asked Fred and Lucille May some of the difficult questions…

Why is biblical marriage a big deal?
The simple answer – because God’s commitment to reveal Himself on earth is supremely important to Him. Although all of creation reflects something of who He is, Scripture teaches that God specifically designed marriage as His inaugural revelatory podium. Man and woman together in matrimonial covenant are the first custodians or bearers of His image.
“God created man in His own image, in the image of God He created him; male and female He created them.” Genesis 1:27 (NASB).
The gender war within marriage sometimes masks a much deeper issue namely, the battle raging over the revealing or the destroying of the glorious image of God through the institution of marriage. Over time mankind has gravitated toward man-made images over the image of the “glory and majesty and excellence of the immortal God” Romans 1:23 (AMP)
God has ordained biblical, Christian marriage between a natural man and a natural woman, who are committed to the Lordship of Christ, to be the first, and smallest, social institution to reflect this ‘mystery’ of who He is. The other, and also the greatest of social institutions to do the same, is of course the Church of the Lord Jesus Christ. Marriage can only bear the glory of His image within the context of fellowship within the local Church. “This mystery is very great; but I’m speaking with reference to Christ and the church”. Ephesians 5:32 (NASB)

So why is marriage a problem within the church?
Sadly the divorce rates inside and outside the church barely differ. The reason for this is not that Christians aren’t committed to marriage or are necessarily bad at it. It rather has to do with the fact that a brutal, unremitting demonic onslaught has been raging against the integrity of heterosexual marriage since its inception. And unfortunately much of our marriage counselling and preparation tend to either deny or underplay this grave reality.
From the beginning of time Satan has had this singular objective namely, to destroy the God-image in the earth, or at the very least disrupt and distort it. That’s why Christian marriage is under such vicious attack and heterosexual, biblical marriage remains one of the world’s most contentious, politicised issues. Sadly, we as believers seem to be the last ones to wake up to this fact…

What should the church be doing?
Obviously we have to help our members prepare for marriage, and there are many good courses that cover topics like intimacy, communication and stewardship etc., but from God’s perspective, I believe,  these are secondary issues.
When two believers say the ‘I do’, they step right a danger zone of savage spiritual combat. And if the Church does not alert couples to the threat and equip them with the tools and skills for spiritual warfare within the context of marriage, we fail them miserably! We need to see the statistical carnage of Christian marriage turned around, and that does not happen through quick-fix, self-help, psycho-babble motivational counsel as found in the secular-humanistic approach.
As His Church we need to wake up to the greater eternal agenda and understand that we have the responsibility to discern and to take spiritual authority over spiritual assignments. We ought to seek an understanding of why Christ in His High Priestly prayer in John 17 petitioned the Father to impart His Glory for the purpose of conciliation. As couples we need to learn how to follow the guidance of the Holy Spirit as we pray together – and especially for the restoration of His Glory that makes us one. (John 17:22)

What does God want from marriage?
There are two fundamental aspects which apply to marriage as much as it does to the Church. The first one relates to the role of the Holy Spirit; “…for the letter kills, but the Spirit gives life” 2 Corinthians 3:6 (NIV). The Holy Spirit is the One who helps us to harness the invincible power of spiritual agreement that lies embedded within Christian marriage. This truth ought to take precedence over all else.
The second aspect is that of the relationship itself learning to “abide in Christ” so as to “bear fruit”. In Malachi 2:15 God says that He wants every union to bear “godly offspring”. Every couple needs to understand that the reason God has brought them together is for the purpose of shared mission. The relationship is in fact “… His workmanship, created in Christ Jesus for good works, which God prepared beforehand so that we would walk in them” Ephesians 2:10 (NASB).
Every marriage must seek God for a shared understanding of the spiritual legacy they are called to create. If the mission of seeking Christ’s Kingdom becomes priority in marriage, it unlocks the boundless resources of God’s grace for needs to be met in all other spheres.
Unfortunately the primary focus in marriage, and in life generally, has become the banal pursuit of happiness, even for Christians. This sad fact is evidence of the insidious corrupting influence of a secular culture that loves pleasure more than God. Sadly even Christian ministry on marriage tends to hold this ideal of an elusive happiness before us as the lofty goal of marriage. But we cannot continue to tell people that happiness in marriage and life can be achieved through a sum-of-its-parts approach.
What God desires for us in marriage is the pursuit of the contentment and peace that comes only from implicit obedience; that of knowing that we’re doing what God has called us, in particular, to do. Godly offspring refers to us placing the engagement of God’s purpose for our union as our sacred priority. In so doing we enjoy the guarantee of His abiding Presence when His Commission becomes the heart of our mission.