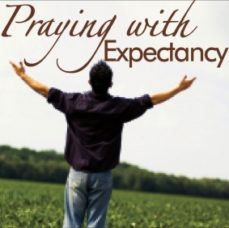 Unfortunately, many people think of prayer as being merely a religious exercise that appeases God’s need to be talked to. It is a kind of duty, like paying a bill that is due. When they pray, they feel better about themselves.
When they don’t pray, they feel guilty. They seem to think that God keeps a stopwatch and records the minutes they put in, similar to the way a time clock keeps track of employees.

Faith is the key requirement
Jesus dismissed this mind-set about prayer when He said: “And when you pray, do not use vain repetitions as the heathen do. For they think that they will be heard for their many words. Therefore do not be like them. For your Father knows the things you have need of before you ask Him.” Matt 6:7-8.
So, if praying long prayers with many words is not the key to receiving an answer, then what is? The answer is simple – faith!
“And whatever you ask for in prayer, having faith and [really] believing, you will receive.” Matt 21: 22

Do you believe in miracles?
In our great evangelistic meetings in Africa, the people come with a high level of spiritual hunger and expectancy of the miraculous power of God. They have heard the testimonies of all that God has done for others, and they believe that God will do the same for them.
They know that God is going to show His power and glory in these great meetings, and they come in full expectation that they are going to be the recipients of those blessings.

Pray with confidence!
It is this attitude that actually takes hold of the miraculous and causes the lightning of God’s glory to strike. They do not come hoping it is the will of God to reveal Himself, they know it is! Because they already expect this, they pray from a position of bold confidence and expectancy.
When God hears that kind of prayer and sees that kind of action being demonstrated by desperately hungry people, He reveals His awesome power in some of the most phenomenal ways.

How to attract God’s presence
Praying with faith and expectancy will always attract the presence and power of God just as the absence of these key elements will repel the presence and power of God.
There is a direct correlation between the level of belief and expectancy in the hearts of people and the measure of the revelation of the glory of the Lord.
When God’s people pray in the firm conviction that it is God’s will to answer their prayers and reveal His glory, their expectation of His glory will bring its manifestation in their lives.

Bring your umbrella!
Many years ago, a region of the American Midwest had been stricken by drought. There was a small town there that was totally dependent upon farming, and the crops were dying in the fields because of the lack of rain. A day of prayer and fasting was declared in which all the townspeople would come in from their surrounding farms and spend the day in prayer, asking God to send rain.

Repent of your unbelief
That morning a five-year-old girl came along with her parents to their church to pray. Some people were amused as this little girl was carrying an umbrella. They asked her why. She replied that she thought they had come there that day to pray for rain, and she didn’t want to get wet going home.
Suddenly conviction gripped their hearts. The people realised that they had come to pray, but no one but this little girl actually believed anything was going to change! In tears, they repented of their unbelief; and these same townspeople began to pray that day as though they really believed their prayers were going to change things.

Have the faith of a child
About four o’clock that afternoon, clouds began to form in the western sky. By evening, a slow, soaking rain had begun to fall across the region. The heavens had literally opened for these people. This slow rain lasted for three days and nights. Their crops were saved, and they eventually had one of the biggest harvests that they had ever seen!
Everyone remembered that it was the little girl with her umbrella who had come to pray and that changed their hearts from a place of religious duty, bound with unbelief, to a place of expectancy that God would in fact hear and act.

Trust and obey!
We must believe and expect God’s best blessings whenever we pray!
“Again, truly I tell you that if two of you on earth agree about anything they ask for, it will be done for them by My Father in Heaven. For where two or three gather in MyName, there am I with them.”

By: Daniel Kolenda, a modern missionary evangelist and successor to world renowned Evangelist Reinhard Bonnke, Daniel is the president and CEO of Christ for All Nations. For more information or to support them with regular donations or to purchase some of their resources, see: www.cfan.org.za