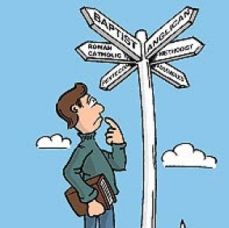 Amobile church culture, which appears to be strongest in the major cities, is worrying some church leaders around New Zealand. Since the 1960s, and particularly with the advent of the charismatic renewal which broke down many denominational barriers, there have always been people variously described as ‘spiritual gypsies’ or ‘spiritual butterflies’, who float to whichever church is the flavour of the month.
Growing consumerism in the wider world appears to be widespread in the church also, abetted by modern technology which emphasises the successful. Through such means as cellphone texting, people can make last-minute group decisions about where to attend on a given Sunday, much as they chose the previous night’s party.   The Baptist Union national leader, Rodney Macann, says this is an insidious situation.  “It’s a huge one. It’s one that we are going to attempt to confront at our coming Baptist assembly,” he said.  He believes part of the problem is that churches are putting a lot of effort into trying to outdo each other to produce the most attractive services.

Floating population
“Unquestionably we have to be very culturally aware and know how to connect with the context we find ourselves in. But there’s a fine line sometimes between connecting with the culture and selling out your values without realising it. I think this has tended to happen.
Particularly in the evangelical and charismatic churches these days, people are looking for the next best thing in worship, and it’s a complete misunderstanding of what true worship is.”  Church leaders spoken to by Challenge Weekly, generally agreed that most of the floating population was made up of young people, but not all.
The youth pastor at Manukau New Life, Stephen Miller, says churches are sometimes the culprits. “A senior pastor sends his youth off to the latest youth conference on the other side of town, and this conference has a big speaker, lots of bands and lights. They build relationships there, and then they want to head off to that new vision they have of church, where it’s perceived to be really happening. All of a sudden a church empties out its entire youth ministry.”
Mr Miller said he gets notice of dozens of different kinds of events through the mail.
“I just don’t tell my youth about 95 per cent of them. I’ll only take them to ones that are fitting in with the DNA of what we are trying to build in our church,” he said.
Pastor Tak Bhana, of West City Christian Centre, said the moving population could harm churches greatly. In a recent newsletter he wrote: “I heard about an overseas pastor who started a church. He had such a great ministry that churches all around that city emptied out. One church apparently went from 1700 down to 300 people within the space of a week.”

Not New Testament discipleship
Mr Bhana said although he had pastored a church in West Auckland for almost 19 years, and the church had grown, “if I was to be ruthlessly honest I would have to admit there are hardly any more Christians in West Auckland today than when I started. I believe this same scenario is being played out in many parts of our nation. We have learned to build churches but we’re not being effective at reaching our communities for Christ.  The end result is that the percentage of Christians in this nation has remained unchanged for the last 50 years, and if we continue ‘doing’ church as we do it today, a lot of us may go to our graves having built churches but having failed to impact our nation.”
Rodney Macann agrees that the church overall is not growing:  “The churches that can provide the most attractive programmes are doing very well and those that are not as well resourced don’t do so well. It’s producing something that, as I understand it, is not New Testament discipleship.”

A transient generation
There are multiple reasons for the mobile church population. Some point to the culture of choice and the post-modern mindset. Stephen Miller calls 14-30 year-olds the “transient generation” who are used to big crowds.
“You definitely get, too, the people who don’t like what they’re hearing when someone starts bringing a bit of discipline or correction, so they bail out,” he said.
Rasik Ranchord, pastor of Abundant Life Centre, Wellington, lamented that people liked to keep all their options open, to have a backdoor.
“Often there is a lack of commitment. That word is not liked in the world, and it’s filtering into the church, too. How can you have a strong relationship without some degree of commitment? They need to stick around to be useful.”
Not everyone agrees that there is a significant problem. The Elim Church’s national leader, Luke Brough, said while the floating group used to be a joke among ministers 20 years ago, he doesn’t hear it so much today.

Church commitment
“We certainly don’t experience that to any level. We would have more leave because they are migrating to Australia, or back to Asia,” he said.  Leanne Mortlock, a pastor at City Impact Church, Browns Bay, said it was not a problem because their church has a strong culture of “get planted – get involved in what we are doing”. It has a lot of momentum.
“We preach a lot about getting committed to the church. If we have guest speakers, we say, ‘If you are visiting from another church we would rather you were at your own church’.

Accountability
We do get a percentage of people visiting and not staying, but we have a high rate of retention. For people who go through our newcomers’ courses, our rate of retention is about 94 per cent.
There can also be many valid reasons for people to move churches. The pastor of Grace Vineyard in Christchurch, David McGregor, said a lot of people check out their church for a period of time and then move on. The night service in particular attracts a lot of young people whose churches don’t have youth groups or night services.
“Adults come looking for a set of criteria – they want their children’s needs met, they want a good youth group and they want the worship to be good. People move for a variety of reasons. Some are on transfer, some have not been part of church for a long time, some are new to church, some are changing from one type of church to another, for example from Catholic to Protestant.   But it’s a ‘sad fad’ when people believe they shouldn’t belong to any church,” he said.
“Some say, ‘I’m just part of the whole body’. By doing that, they don’t have accountability or commitment, or use their gifts in any particular place. It’s sad for them and it’s sad for the church.”

Building relationships
There are many obvious downsides to a rootless population. As one pastor pointed out, “At the time when these guys could be of most use in the church they are saying, ‘What can I get for me?’ Often they fall off the wagon when the first issue comes up. God is gracious and certainly provides a level of teaching in the places they go, but the relationships are not there when the chips are down, and they end up trucking out.”
Rodney Macann said there might be a key, though. “Everything we are hearing from churches that seem to be doing well with young adults, is that deep down they want to be challenged. Churches that are willing to embrace a very holistic view of the faith – which encompasses social justice and reaching true servanthood – are getting a response from young adults today.”
Mr Ranchord believes part of the solution is to stop preaching a watered-down Gospel. “We have made it so easy – ‘Come to Jesus and He’ll give you this or that’.  It’s a form of consumerism. The upfront cost of being a disciple is missing. We have made the threshold so low to get the maximum number of people. Then you have to give them lots of Christian lollypops to keep them going. When we preach ‘what can God do to fulfil my dreams?’ we just buy into the culture of the world.”