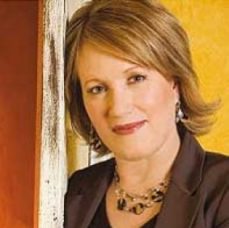 Kay Warren: What Happens When You Say Yes  To God?

If you ever wondered who the strong, yet incredibly gentle, woman is who is married to Rick Warren, famous author of ‘The Purpose Driven Life’ then the answer is quite simply, Kay.  She is far more than simply the wife of a high profile ministry leader, however.  She co-founded the Southern California’s Saddleback Church with Rick and in 2004 she began the HIV/AIDS Initiative at the church, now serving as its executive director.  She frequently travels around the world to engage with HIV+ men, women and vulnerable children and she is a powerful, global advocate on their behalf.  She also established an online community offering resources and inspiration for churches involved in HIV/AIDS ministry.  Most recently she has written a book titled ‘Dangerous Surrender’ which tells her story and seeks to help others discover God’s plan for their own lives.

How it all started
In 2002 Kay was reading a magazine when she came across an article about the 12 million African children who have been orphaned by AIDS.  At the time she didn’t know a single person infected with the HIV virus and she asked herself how there could be problems this big that hadn’t touched her personally in some way.  She immediately began coming up with ideas to confront the global crisis in very practical ways.

As a two-time cancer survivor, Kay knows firsthand how a life-threatening diagnosis alters one’s daily life.  Her own bouts with suffering have motivated her to serve others who are sick.  She has come face to face with the hurting as a volunteer in her own community; at Mother Teresa’s Home for the Dying in Kolkata, India; at the leper colony and AIDS hospice in Manila, Philippines; and with World Vision and International Justice Mission in Thailand and Cambodia. In Africa, she’s ministered to those living with HIV/AIDS through several organisations, as well as through Saddleback Church’s partnership with churches and government leaders in Rwanda. She has become a student of AIDS and attended the XVI International AIDS Conference in Toronto and the XV International AIDS Conference in Bangkok, Thailand.  Now she is challenging the worldwide Church to take on not just AIDS, but other global issues through the P.E.A.C.E. Plan.

What is the P.E.A.C.E. Plan?
The P.E.A.C.E. Plan is a massive effort to mobilise one billion Christians around the world into an outreach effort to attack the five global, evil giants of our day – Spiritual emptiness, self-serving leadership, extreme poverty, pandemic diseases and rampant illiteracy. These are the world’s biggest problems, affecting billions, not just millions, of people.

These giants all work together to constrain people, cutting them off from knowing the saving grace of a loving God who sent His Son, Jesus Christ, to die for their sins allowing them eternal hope and security. There is no organisation or government that can effectively eradicate these giants. The only successful solution is the global Church of Jesus Christ.  To find out more about this initiative, visit www.thepeaceplan.com.

Huge success, yet still humble
Kay has achieved enormous success in her 54 years.  In 1980 she helped her husband, Rick, begin Saddleback Church in their condo living room. Now the second largest church in America, Saddleback Church has given the Warrens a platform for influencing Christians and other leaders worldwide.  She is also an accomplished speaker and writer.  Her doctrinal study,’ Foundations’, won a Gold Medallion Award in 2004 and she has also written for CNN and various magazines and her first book has just been released.  In 2006 she was among eight women honoured at the CNN Inspire Summit, which recognised women for their impact on global issues through political, social and humanitarian efforts that have inspired others to get involved.  Her impact on these global issues is perhaps her most tremendous achievement.

This is not what moves this mighty woman of God, however.  She has chosen to completely surrender to the Lord, no matter what the cost.  She remains humble and real and she seeks the glory of God in all she does, which is probably why the name Kay Warren isn’t even well-known.  She would much rather wash the feet of an African woman dying of AIDS than win an award, and this is what makes Kay extraordinary.

After establishing the HIV/AIDS initiative at her church she challenged the evangelical community to deal with HIV in a compassionate way. She then began travelling through Asia and Africa to minister to the sick and dying herself. Even as she battled breast cancer and melanoma (she’s now in remission), she never wavered in her mission to bring attention, time and help to a world crisis. In fact, she says: “Going through cancer has made me more empathetic. I know what it’s like to lie awake at night and wonder if you’re going to live.”

When asked how she manages to travel to far off places and deal with what she sees and how she copes with people who are ravaged with disease, she answers:  “You have to try to put yourself in their shoes. I always ask how would I want to be treated? What would I want someone to do for me in this circumstance? Even though you’re asking about what you would want, you’re doing it so you can serve them. You can’t consider your own comfort. So it really is about dying to self.”  Her love for others is evident whenever she speaks of those she meets and ministers to.  She is not deterred by the predictions of how bad the AIDS pandemic will end up being.  She is positive, hopeful and full of faith.  She says, “I don’t know if it will happen in my lifetime, but my goal is to end HIV—that people will say, ‘Remember that scourge? Remember that disease that took so many lives?’ And ending it requires local churches getting involved.”

What can we do?
Kay urges others to do something, anything, for those who are afflicted by the HIV virus, or any other illness for that matter:  “Send clothing or a card. Visit with someone. Sit with someone. The smallest steps matter.”  In ‘Dangerous Surrender’ Kay aims to break down barriers that have kept conservative Christians away from the issue.  “I hope this book is disturbing to people,” she says. “There are situations in the world that I cannot tolerate for one more second.”

Many conservative Christians consider the illness a punishment from God – for same-gender sex, prostitution and drug use. The Barna Group conducted a survey in 2006 and found that two out of five born-again Christians said they had more sympathy for people with cancer than for those living with HIV.  This is just shocking.

Steve Haas, vice-president for church relations at World Vision, put it succinctly:  “James 1:27 states that pure and unadulterated religion is that you take care of the orphans and widows in their distress.  The greatest orphan and widow creator of all time is upon us.  It’s called AIDS.”

Let us follow Kay Warren’s example and start doing something, no matter how small, to fight AIDS or any other cause that God is leading you to.  It is time for us to completely surrender to God and get past our own prejudices.  Discover what can happen when you say ‘yes’ to God.