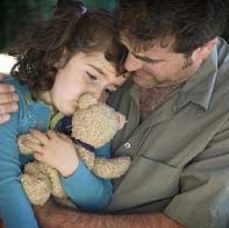 Aching loneliness
I lay in bed nights, often crying bitter tears about my wounded, sad children, wondering if they were going to be taken to Johannesburg along with their mother and her (then) skulking, married lover. I was nursing deep anger, which for many long months threatened to spill over into melodramatic and uncivilised acts of retribution against the adulterous pair. To this day, I regret not succumbing to at least one manly, honest impulse of anger. A smashed car windscreen, for example, would’ve made me feel a lot better, and that’s the simple truth of it. I hung on grimly to sanity and purpose. After work, walking home in the rain on a dark winter’s night, back to a large gloomy, empty, childless house was misery itself. Loneliness is like an aching cancer of the soul.
With at least one in three or more marriages in South Africa ending in divorce – most of them involving the wrecked lives of children – men are, as never before, facing the brutal challenge of rebuilding their lives and somehow staying connected to their children. Few get it right.

Ongoing loss
The devastation that a man feels when he loses his wife and children after divorce is convulsed outwards in a silent scream that society seldom seems to notice. Often society doesn’t want to hear it and men themselves are not equipped to articulate their agony and sense of ongoing loss and failure, much less deal with it. Most divorced men feel that everything is against them – their ex-wives, the legal system, society itself. Unfortunately, this perception is often rooted in reality. Even now, in this modern age, men are summarily ordered into the role of an absent guardian parent who is only given permission to see his children every second weekend, while his ex-wife almost routinely gets custody of the children and expects regular payment for the maintenance of his children in someone else’s home. A home that is often led by a rival male.

Minimal support for men
“Frozen anger leads to depression, a sense of worthlessness and hopelessness, leading many men into dysfunctional behaviour patterns, depression and stress-related diseases,” says the Rev Lathicia Klackers of Port Elizabeth, whose Divorce Recovery workshops have helped tens of thousands of men and women across South Africa cope with the hell of divorce. “About one-third of the people I’ve counselled through the workshops have been men – and the proportion of men seeking help is growing steadily, year by year,” she says.
Australian Michael Green’s book, ‘Fathers after divorce: building a new life and becoming a successful separated parent’ is arguably the best book, secular or Christian, on this subject – certainly there is no South African counterpart, an indication of an amazing lack of focus on the problem.  (The book is published by Finch Publishing, Sydney).
In South Africa, as in many other countries, there is still a lack of support services for men. For years, women have been offered a wide range of services via an assortment of welfare agencies and a range of NGOs.  A lot of money, research and publicity have been given to women’s issues.  Without a doubt, this has been good for women.»
“Until recently it appears to have been the accepted wisdom that men needed no such thing,” says Green. “So many reports point to the need for specialised medical, psychiatric and counselling services for men.” It is true to say that men are generally less healthy and do not live as long as women do. “But it goes further than that – men are about four times as likely to commit suicide and have a higher incidence of hypertension than women but are far less likely to have it diagnosed and treated. They are generally heavier smokers and drinkers and lead less healthy lifestyles,” notes Green.

An unbearable burden
The unbearable burden of divorce has several parts, not the least of which is financial. “Even today, in a supposedly non-sexist legal framework, women in nine out ten cases receive custody of the children, even when custody is disputed by the father,” says Rev Klackers who has interviewed many divorced men for her book, ‘I’m Divorced, I’m OK’.  The road to victory in custody battles is usually a brutal one. Rev Klackers knows of one case where a man spent R300 000 in legal and psychiatric fees over a period of 18 months in his efforts to gain custody of his children and prove that his ex-wife was unfit to raise their children.  In the end, he won the case. Is such justice only for the rich?  It is probably much wiser to use mediation than go the expensive and acrimonious route of lawyers in custody and financial battles. FAMSA can direct you to qualified mediators. Stuart Horn, a clinical psychologist who specialises in the challenges that men face, says: “In my experience single and divorced men are the most vulnerable group in relation to successful suicide. Men who lose their wives, lose a family life as well as contact with their usual social context, such as socialising with other families. One must never underestimate what a big void in a man’s life divorce brings. Although the social and legal landscape is changing slowly for the better for divorced men’s rights, men still believe that the decks are stacked against them.”

Building a new future
For a year after my divorce, I articulated a health and recovery strategy that included:
• Reading the Psalms over and over again. The great Davidic discourses
include timeless literary passages, which wrestle honestly with anger,
hatred, guilt, rejection and failure in a decidedly masculine manner.
Prayer to the Father is a lifeline in times of trouble (and in times of
tranquility).
• Riding my mountain bike regularly, pedalling up hills and verbally raging
against my ex-wife and my life, crying until I was blinded by tears, and
screaming like a lunatic at the passing scenery. It felt great.
• Rattling on about my problems to nearly everyone. I sought out good
counsellors and mentors in my church, especially men who had handled
divorce trauma successfully.
• Eating well, ensuring that I had plenty of fresh fruit, vegetables and
brain-rejuvenating fish in regular and reasonable quantity.
All the above meant that I became clear-headed and better able to cope
with the rigorous demands of my new role as divorced, non-custodial
parent.

Those who are coping with separation

* From Michael Green’s book: ‘Fathers after divorce’
A few practical home remedies for depression:
Oats. Have a bowl a day. Oats are an excellent antidepressant and restorative nerve tonic.
Borage. It is a restorative for the adrenal cortex and eases depression, encouraging the body to produce adrenaline.
Basil. Use this herb liberally in your salads. It stimulates the adrenal cortex, reduces blood sugar levels and lowers blood pressure.

Helpful advice:
According to a clinical psychologist:
• Your usual personality style will probably become exaggerated during the time of great stress. If you’re aggressive, you’ll become more so; if you’re withdrawn, you’ll become more so. Guard against that and be prepared to counteract this tendency.
• Be careful of increased alcohol and substance abuse – this clouds decision-making and can escalate impulsive behaviour. If you have an aggressive tendency, ask a friend to look out for you until you have a sustained emotional equilibrium.
• Make sure you fully understand the legal jargon and processes involved in the divorce process. Consult a professional.
• Consider mediation as a way of settling disputes with your divorcing spouse.
• Put your children first – think of what is best for them under the circumstances.
Where to get help

I would add, remember that fatherhood is as important as motherhood and your children need and deserve a present, involved, loving, God-fearing father.