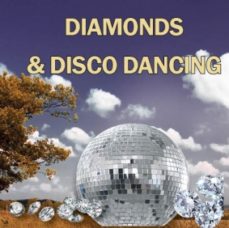 It was a cold evening. The skies were patchy with clouds and chilly winds gusted from the peaks. Howard drove me to the church where I was to preach. That first Friday night as I sat on the platform I looked across a gathering of 200 people; there were no young people. I leaned over to Howard and asked, “Where are the young people?”
“Reinhard, would you like to know where all the young people in Kimberley are?” Howard answered. He drove through the streets until we reached a large warehouse, ablaze with gaudy neon signs. One large sign blinked out the word, ‘disco, disco, disco’.
The parking lot was jam-packed. I could hear the boom of the heavy base beat. “This is a den of iniquity,” I said sadly.  Howard nodded, “this is the latest thing, Reinhard. It is a ‘discotheque’ and young people flock here.”

Drawn to the world
I felt a shiver go down my spine. How could the church compete for the attention of their youth against such temptation? The quiet little church building we had just come from, and this pulsating, giant warehouse could not seem more opposite. It was a sad reality of modern life, but I could do nothing to fix the gulf between young and old in Kimberley, or anywhere else in the world. Only a revival of faith in Jesus could do that.
I would go back and preach my heart out to the old people again on Saturday and Sunday. Perhaps God would move in their hearts, and they would begin to make a difference in the lives of their own young people. That seemed the best I could hope to achieve.
But as I turned to get into the car, I  stopped in my tracks. The Holy Spirit began to speak to me. I had no idea what the Spirit wanted me to do, but I knew I could not leave.

Empty, lonely people
“Let’s take a look inside,” Howard suggested. I nodded. As I opened the door, the blast of music must have knocked my hair back! In that instant I received a spiritual vision of the reality of the disco. In the flash of the strobe lights, I did not see young people dancing with joy. I saw frozen images of boredom, fear, loneliness and insecurity, one after the other, captured on the faces of those young people. Each of those haunted faces spoke to me of emptiness – pure emptiness.
Now I knew what the Spirit had wanted me to see. I felt the undeniable compassion of Jesus surging within me. I wanted to weep for the precious, searching young people of Kimberley. They lived in the city that was diamond crazy, yet they did not know that they were the diamonds God created. They were more precious in His sight than mountains of wealth. He cared enough to die for them.
Suddenly, I could not care less what anyone thought of me. I knew that I would preach in that disco. Nothing could deny the love of Jesus that I felt.

Prompted to preach in a disco
I heard the Holy Spirit say in my heart, “Find the owner of this place.” And so, I said to Howard, “Help me to find the owner of this disco.”
The owner was a middle-aged businessman who looked to be very much part of the rock-and-roll culture. He had long hair, gold chains around his neck, an open collared shirt, and blue jeans. I said to him, “Sir, I’ve come all the way from Germany. I am asking you for permission to allow me to address the young people in your disco for five minutes.”
He looked at me from top to toe. “You’re a preacher,” he said. “If you want to preach you should preach in a church.” “There are no young people in the church,” I said. “Now give me five minutes, only five minutes, I ask of you.” “You’ve got to be kidding.” He shook his head in disbelief, then turned around and walked away. He had no sympathy for my plea.

A God-ordained moment
As he was walking away, the Holy Spirit said to me, “Tell him what you saw when you looked into his dance hall.” I went after the man and took him by the arm. “One question, sir,” I said, looking deep into his eyes.
“Do you think the young people find what they need for life in your disco?” Slowly the face of the man changed. He looked down thoughtfully. When he looked up again he said, “It is very strange that you should say that. I have children of my own. I’ve thought many times that the disco will not give the young people what they need for life.” He was thoughtful for a moment. “OK, you can preach tomorrow for five minutes.”

An unexpected response
The next night I dressed in casual clothes. I did not want to look like a preacher just coming from church. We drove to the disco, arriving at 11:30 pm. The parking lot was even more crowded than it had been on Friday.  Shoulder to shoulder, we had to push our way between the people to get past them to find a place to sit. When the clock struck twelve, the music stopped.
I jumped up and onto the stage and took the microphone from the DJ and shouted, “Sit down. I’ve come all the way from Germany, and I’ve got something  important to tell you.”
Suddenly, the young people began sitting down. It was then I realised I was not in church but in a dance hall. There were no pews. Only a few bar stools. Most of the young people plopped right down on the dance floor. There they sat, smoking cigarettes and chewing gum, waiting for me to begin.
I started to preach one minute, two minutes, suddenly the Holy Spirit was there; the wind of God was moving in that disco. I heard sobbing. I saw young people, crying everywhere. And I knew one thing – when people start shedding tears, it’s time for the altar call – and I knew my time was flying.
“How many of you want to receive Jesus Christ as your Saviour? How many want to find forgiveness for your sins and enter God’s plan for your life?” Every hand that I could see in that place went straight up.

God’s true diamonds
We prayed for salvation together. My five minutes were up. My work was done. I left walking on cloud nine, absolutely rejoicing.
A year later I returned to Kimberley and Howard met me at the airport. He drove me to the warehouse district. The car stopped and I looked out the window. I couldn’t believe my eyes – instead of seeing the big disco sign, there was a huge white cross on the front of the building. We walked up to the door where we had stood one year ago, the door that the Holy Spirit had told me to open. I remembered the pounding beat of the music that night. Now I heard another sound coming from inside. Howard swung the door open; people rushed to me; one young man said, “Remember me? I was the DJ that night that you came.” Another grabbed my hand. “I was operating the light show.” Another said, “We were dancing the night away. Now we are serving Jesus.” “After you left town, the disco went bankrupt,” Howard shouted to me. “This disco is a church!” He was beaming from ear to ear. Now that disco was rocking the right way. Kimberley’s true diamonds were shining in their Father’s eyes. 