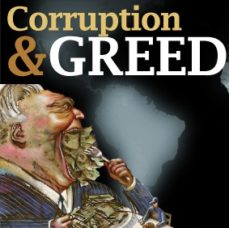 by: Peter Hammond
The African Union calculates that every year over US$148 Billion is stolen from the continent by its leaders. That works out to more than a quarter of the continent’s entire Gross Domestic Product lost to corruption every single year. The World Bank reports that 40% of Africa’s private wealth is held offshore. Global Financial Integrity calculates that Africa has lost well over US$900 Billion since 1970. That is far in excess of total Development Assistance given to Africa during that same time. More than US$300 Billion of Western aid has been sunk into Africa, yet most states are effectively bankrupt, weighed down by debt, and failing to provide even minimum public services.