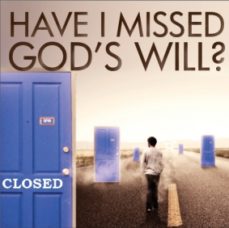 Often when people say God has not revealed His will for their lives, what they really mean is that they have not heard an audible voice from Heaven.

Of course there are moments when God speaks in very dramatic ways, but more often than not, God reveals His will in a much less extravagant fashion, and it often unfolds slowly, layer by layer over time rather than in a single, earth-shattering epiphany.

One step at a time
Consider Abraham, the father of the Israelite nation, whom God called to “get out of your country, from your family, and from your father’s house, to the Land that I will show you.” Gen 12:1. The Lord asked Abraham to leave every-thing familiar for something completely unknown. God’s call to Abraham did not include specific coordinates, just a call to go. As Abraham obeyed, the Lord revealed His plan one step at a time.

If God revealed His ultimate plan for our lives from the beginning, we would often find ourselves chasing a dream rather than following Him.

The Lord is our reward
God didn’t want to just send Abraham to his inheritance, He wanted to lead him there. In following the Lord, Abraham made an amazing discovery. The land and the legacy that God would give him was something wonderful indeed, but there was another reward that would make all others pale in comparison. “Abram,” the Lord says, “I am…your exceedingly great Reward.” Gen 15:1.

Fulfilling God’s will
If you think you have it all figured out and you know exactly where God is going to take you and how He’s going to get you there, be prepared for disappointment. The Lord’s will is never revealed in such a way that it negates our need for dependence upon Him. Ultimately whether or not we fulfil God’s will for our lives depends on whether or not we follow Him. In the end we will all discover that the real prize was not the perfect career, wonderful spouse, or right education. The real reward for following God is God Himself.

Stepping forward in obedience
The full revelation of God’s will rarely comes as a sudden epiphany. He calls to us to see if we will follow even without knowing all the details. When He sees that we take a step of obedience, then He gives us the next step.

Recently in an interview I was asked how God had shown me that it was His will for me to be doing what I am doing in ministry. I think the interviewer was hoping to hear that I had a vision, a dream, or heard an audible voice that gave me specific instructions. But my answer was quite different.

I told him that as I look back on the sequence of miraculous events that have brought me to the place where I am now, the hand of God and His divine orchestration are quite evident.

Be faithful with the small things
The Lord never told me this was coming, and it never would have entered into my wildest dreams. But as I obeyed God’s call one step at a time, His plan and purpose unfolded, layer by layer, with many confirmations along the way. I have found that this is usually the way God reveals His plan.

God calls us to small things before He calls us to great things. Many people want God to speak audibly from Heaven and give them direction, yet they aren’t following the small directions they already have. If you aren’t being faithful in the small things, why should God entrust you with more important things?

Trusting the perfect engineer
When you think about God’s call and will for your life, don’t think so much in terms of where you will eventually end up or what you will ultimately do. Instead think in terms of what God’s will is for you right now. What is in your hand? What does He want from you today?

As you follow Him in obedience day-by-day, the picture will become clearer and He will entrust you with more and more.

Eventually the day will come when you will look back on the many steps you took in faith and obedience, and you will see how the Lord carefully and strategically orchestrated each one in a way you never could have engineered in your own strength or wisdom. 

DANIEL KOLENDA  is the president and CEO of Christ for All Nations Ministries international. For more information or to purchase some of their resources: 021 556 0748  or www.sa.cfan.org.za