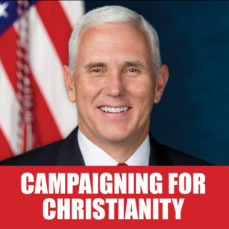 There is an age-old adage that says when America sneezes, the rest of the world catches a cold. We have seen both the upside of this, as well as the downside. For the 8 years that President Obama was in power, we saw America normalise and celebrate gay marriage, abortion, and a very strong disdain against Israel, amongst other things. What was previously tolerated, became embraced under Obama’s leadership. The rest of the world was quick to adopt the ever-adapting mindset, promoted under the guise of ‘normalism’.
When Donald Trump joined the running to be the 48th President of the United States, many Christians were unhappy. Trump campaigned to stand for Biblical principles, to promote the Kingship of Jesus, to fight for religious freedom, and to restore the Christian roots of the once great nation. His slogan was to Make America Great Again. Yet many Christians had doubts, judging him by his previous actions and mishaps.
…for the full article, pick up a copy of the Oct issue of JOY!, on sale now.