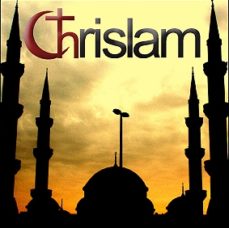 Chrislam Exposé
Sometime in the 1800s, Mark Twain said that, “a lie can travel halfway around the world, while the truth is putting its boots on.” This could not be a more apt observation for the technologically saturated, social networking, 21st Century world.
Through emails, viral campaigns, Twitter and Facebook, rumours can spread like wildfire, with facts ultimately remaining unverified on blogs posted by self-appointed ‘experts’ – that stick around in the cyber-sphere (internet) for years to come.

JOY! witnessed this recently when a flurry of emails arrived in our inbox claiming that Rick Warren (Christian author and pastor of Saddleback Church in America) is spearheading a new movement – Chrislam – which blurs the beliefs of Christianity and Islam, thereby seeking to find common ground between believers of the two (diametrically opposed) religions.

False reporting and confused facts
This same email refers to several blog sites (online mini-websites that allow the creator to post their own opinions and musings unchecked) that ‘reported’ on a Chrislam campaign initiated by several Protestant churches in America on 26 June 2011 to place Qurans alongside Bibles and preach on unity between Muslims and Christians made possible through Chrislam.

A war of words
Understandably, if this campaign did in fact take place, and Rick Warren is indeed promoting Chrislam, the Body of Christ has cause for concern and reason to speak out against false teaching and misguided pastors. Readers requested that JOY! comment on the story and investigate the claims – which we did immediately.

Sadly (and unsurprisingly), the sensationalist emails were loaded with false reports (that stemmed from confused sources), and the bloggers who commented on the Chrislam campaign never verified their facts. Thousands (if not hundreds of thousands) of Christians around the world  jumped on the bandwagon, proclaiming Rick Warren to be an agent of the devil and called for a boycott of the Memorial Drive Presbyterian Church (MDPC) – who supposedly initiated the Chrislam campaign.

At the heart of the controversy, was Jack Van Impe, who accused Rick Warren and Robert Schuller  of being false teachers promoting Chrislam in America. TBN pulled the particular broadcast in which Van Impe made these claims, resulting in Van Impe Ministries leaving TBN and beginning a viral campaign defaming the leaders.

Both Rick Warren and MDPC issued statements to set the record straight (see www.joymag.co.za for details), but unfortunately many of the bloggers chose to ignore their statements and even now, continue to propagate Van Impe’s claims – leaving many Christians confused.

What caused the rumours?
To set the record straight, let us establish a few reasons as to why people have made these claims:
• Rick Warren is an evangelist, and possibly one of the most influential Christians of modern times. As such, he is often invited to speak at many high profile events and is strategic about how he interacts with, and witnesses to, Muslims. To date, Warren has not compromised the Gospel, but rather, has encouraged Christians to find  ‘common ground’ with Muslims (and people of other faiths) – so as to win them for Christ. As a result many people misunderstand Warren’s calling and criticise his decisions. This has been going on for years and it is evident that Warren is a target for several groups of Christians who suspect his motives
• MDPC ran a series to assist people in reaching Muslims. This was mis-reported on, and a statement from the church reveals the true story: “It is apparent that untruthful information is circulating on websites and blogs about MDPC and its ministries. The authors of these sites accuse MDPC of (1) preaching a sermon series blending Christianity and Islam, (2) offering Sunday School classes in which we teach the writings of Mohammed, and (3) placing copies of the Quran next to our pew Bibles. These allegations are absolutely untrue. The authors of these sites have been notified, and have been asked repeatedly to discontinue posting these lies. They have refused. Instead of seeking to determine the truth and facts, they continue to defend their deceitful slander…”
• “We believe this situation stems from MDPC hosting a seminar, several months ago, called Jesus in the Quran. The JIQ seminar seeks to equip people to better understand the religion of Islam. For the record, MDPC has not preached a sermon series linking Christianity to Islam. Likewise, we have not offered Sunday School classes in which we teach the writings of Mohammed. Furthermore, we have not placed copies of the Quran next to our pew Bibles. These accusations are fundamentally untrue…”
• “We invite you to visit us in person and see for yourself, or explore this site to listen to our sermons and Bible studies, and examine our beliefs and values. You will find that we are a church that preaches and teaches the centrality of Jesus Christ as God’s sole means for reconciling humanity to Himself. Please examine the facts and do not believe what other people are saying in ignorance. Thank you for your prayerful consideration in this matter.”

Evaluating the media
In light of the emails and vilification of Rick Warren and MDPC, what can we learn from the situation? Firstly, before Christians forward emails (of any nature) claiming certain truths – let us investigate and not take all that we read at face value. Sadly many people revel in disunity in the Body and we need to be mindful of people’s agendas.

Secondly, let us pray for one another and seek to understand why churches and ministers adopt certain “unusual” evangelistic strategies that we may not agree with. If it is unbiblical, let us speak out. But if the strategies have a Scriptural foundation and lead people to salvation in Christ, let us not be so quick to judge.
Chrislam: facts, figures & fiction
Chrislam is a relatively new religion founded in 1970 in Nigeria. The religion mixes Christian and Muslim beliefs, as its founder claims that both have the same origins and core doctrine. It has on record 1 500 followers who study both the Bible and the Quran. In the 1980s, another Nigerian ‘prophet’ established his own version of Chrislam and today, Nigeria has two different movements within the religion.
• From various news reports, it appears that Chrislam is gaining a following in America and several other Christian countries that have experienced an influx of Muslim inhabitants
• Rick Warren, a 4th generation pastor, is not associated with Chrislam in anyway. He has been linked to Chrislam because of his evangelistic strategy. In certain sermons, Warren has stated that “one cannot win your enemies to Christ; only your friends, thus we must build bridges of friendship and love to those who believe differently – so Jesus can walk across that bridge into their hearts.”
• Critics of Warren have taken his advice to “seek common ground with Muslims” as an endorsement of Chrislam.—by Jackie Georgiou