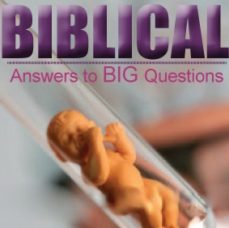 Genesis 38
The closest that Scripture comes to condemning birth control is Genesis 38, in the account of Judah’s sons Er and Onan. Er married a woman named Tamar, but he was wicked and the Lord put him to death, leaving Tamar with no husband or children. Tamar was given in marriage to Er’s brother, Onan, in accordance with the law of levirate marriage in Deuteronomy 25:5-6. Onan did not want to split his inheritance with any child that he might produce on his brother’s behalf, so he practised the oldest form of birth control, withdrawal. Genesis 38:10 says, “What he did was wicked in the Lord’s sight; so He put him to death also.” Onan’s motivation was selfish; he used Tamar for his own pleasure, but refused to perform his legal duty of producing an heir for his deceased brother. This passage is often used as evidence that God does not approve of birth control. However, it was not the act of contraception that caused the Lord to put Onan to death; it was Onan’s selfish motives behind the action.

The opposite of conception
Contraception, by definition, is merely the opposite of conception. Married couples use contraception for a variety of reasons. Some feel called to put off childbearing until they are in a better position to care for children. Some, may feel their service to God overrides the desire for children at a particular point in time. Some may be convinced that God has a different plan for them. Ultimately, a couple’s motives for delaying childbearing, using contraception, or even having numerous children, are between them and God.

It’s between you and the Lord
The inability to have children when they are desired is always presented in Scripture as a bad thing, especially considering the cultural stigma attached to childlessness at that time. There is no one in the Bible who expressed a desire not to have any children. At the same time, it cannot be argued from the Bible that it is wrong for married couples to use birth control for a limited time.

What does the Bible say about miscarriage?
Answer: Probably the most common question people ask after a miscarriage is:  “Why did this happen?” or “Why did God do this to me?”  There are no easy answers to these questions. Why do bad things happen to people, especially innocent children? We must understand that God does not take away our loved ones from us as some sort of cruel punishment. The Bible tells us that there is “no condemnation for those who belong to Christ Jesus.” Rom 8:1.

A natural protection
Miscarriages are usually caused by abnormal chromosome patterns in the foetus. When these abnormalities are detected, the growth is halted, and miscarriage is the result. In other instances, miscarriages are caused by uterine malformations, hormonal abnormalities, problems with the immune system, chronic infections, and illnesses. After thousands of years of sin, death and personal destruction, it should not surprise us that genetic disorders would eventually become commonplace.

God has compassion on those who suffer through them. He loves us and feels our pain. Jesus Christ, the Son of God, promised to send His Spirit to all believers so that we will never have to go through trials alone (John 14:16). Jesus said in Matthew 28:20: “And be sure of this: I am with you always, even to the end of the age.”

Jesus’ promise to mothers
Any believer who has suffered a miscarriage should have faith in the glorious hope of one day seeing her child again. An unborn child is not a ‘piece of tissue’ to God, but is one of His children. Jeremiah 1:5 says that God knows us while we are still in the womb. Jesus promised to leave us with a gift of peace unlike any that the world can give (John 14:27).

He is with us always: “I have told you all this so that you may have peace in Me. Here on earth you will have many trials and sorrows. But take heart, because I have overcome the world” John 16:33.

Is it wrong for parents to select the gender of their children?
Answer: PGD stands for ‘pre-implantation genetic diagnosis’. It is a procedure in which a woman’s eggs are collected, fertilised in a dish (through in-vitro fertilisation), and then tested for genetic defects. If abnormalities are found, the embryos are destroyed. Though this procedure can be used to select the gender of a child, it was never meant for this purpose, and many physicians will not use it for such.

A controversial procedure
The main approach to gender selection is done by sorting and separating sperm before fertilisation. Sperm are separated into a male group, a female group, and an abnormal group. The abnormal sperm are discarded, and the proper sperm for whichever gender is desired are then used to fertilise a woman’s eggs in-vitro.

In both cases, the normal procedure is for many eggs to be fertilised, then only a woman’s choice of embryos to be implanted. This means that the rest of the embryos, though viable, are destroyed or given to embryonic research. Passages such as Exodus 21:22-25, Psalm 139:13-16, and Jeremiah 1:5 make it clear that God views human life as beginning at conception, and that throughout the process of development within the womb, a baby has the same right to defence of its life as an adult.

A selfish choice
Embryo destruction and the controversial PGD aside, many believe that gender selection has little moral complication. Sperm sorting does not offer a 100% guarantee that a baby will be the gender selected. Because of this, people reason that if God wants that baby to be a boy instead of the chosen girl, or vice-versa, then He will intervene in the fertilisation process. While this may be true, when it comes down to it, gender selection is all about selfishness.

Model Christ in all you do
There is simply no good reason, medical or otherwise, for a person to determine a child’s gender. James 3:15-16 reads: “For jealousy and selfishness are not God’s kind of wisdom. Such things are earthly, unspiritual, and motivated by the devil. For wherever there is jealousy and selfish ambition, there you will find disorder and every kind of evil.” Throughout the Bible, we are exhorted to find contentment in our circumstances and not to pursue selfishness. Because our lives are to be modelled after Christ’s own selflessness, selfishness is a sin.

How should a Christian deal with infertility?
Answer: The problem of infertility can be a very difficult one, especially for couples who have looked forward to children all their lives. Christian couples can find themselves asking “Why us, Lord?” Surely God wants Christians to be blessed with children to love and nurture. For physically healthy couples, one of the most heart-wrenching aspects of infertility is not knowing whether it is a temporary or permanent situation. If it is temporary, how long must they wait? If it is permanent, how do they know that, and what should be their course of action?

Biblical examples
The Bible depicts the problem of temporary infertility in several stories:
• God promised Abraham and Sarah a child, but she did not bear a son, Isaac, until age 90 (Gen 11:30)
• Isaac, Rebekah’s husband, prayed fervently, and God answered, resulting in the births of Jacob and Esau (Gen 25:21)
• Rachel prayed, and at long last God “opened her womb.” She bore two sons, Joseph and Benjamin (Gen 30:1; 35:18)
• Manoah’s wife, who was infertile for a time, gave birth to Samson (Judges 13:2)
• Elizabeth in her old age gave birth to John the Baptist, the forerunner of Christ (Luke 1:7,36).

God is the giver of life
The barrenness of Sarah, Rebekah and Rachel (the mothers of the Israelite nation) is significant in that their ability to finally bear children was a sign of the grace and favour of God. However, infertile couples must not assume that God is withholding His grace and favour, nor should they assume they are being punished in some way. Christian couples must cling to the knowledge that their sins are forgiven in Christ and that the inability to have children is not a punishment from God.

Prayer and healthy living
So what is an infertile Christian couple to do? It is good to seek advice from gynaecologists and other fertility specialists. Both men and women should live a healthy lifestyle to prepare for pregnancy. The mothers of the Israelite nation prayed fervently for conception, so continuing to pray for a child is certainly not out of line. Primarily, though, we are to pray for God’s Will for our lives.

If His Will is for us to have a biological child, we will. If His Will is that we adopt, foster-parent, or go childless, then that is what we should accept and commit to gladly doing. We know that God has a divine plan for each of His loved ones. God is the author of life. He allows conception and withholds conception. God is sovereign and possesses all wisdom and knowledge (see Rom 11:33-36). “Every good and perfect gift is from above…” James 1:17. Knowing and accepting these truths will go a long way to filling the ache in the hearts of an infertile couple.

What does the Bible say about adoption?
Answer: Giving children up for adoption can be a loving alternative for parents who may, for various reasons, be unable to care for their own children. It can also be an answer to prayer for many couples who have not been able to have children of their own. Adoption is, for some, a calling to multiply their impact as parents by expanding their family with children who are not their own, biologically. Adoption is spoken of positively throughout Scripture.

A favourable view
The book of Exodus tells the story of a Hebrew woman named Jochebed who bore a son during a time when Pharaoh had ordered all Hebrew male infants to be put to death (Exodus 1:15-22). Jochebed took a basket, waterproofed it, and sent the baby down the river in the basket.

One of Pharaoh’s daughters spotted the basket and retrieved the child. She eventually adopted him into the royal family and gave him the name Moses. He went on to become a faithful and blessed servant of God (Exodus 2:1-10).

God adopts us into His family
In the book of Esther, a beautiful girl named Esther, who was adopted by her cousin after her parents’ death, became a queen, and God used her to bring deliverance to the Jewish people. In the New Testament, Jesus Christ was conceived through the Holy Spirit instead of through the seed of a man (Matt 1:18). He was ‘adopted’ and raised by His mother’s husband, Joseph, who cared for Jesus as his own child.

Once we give our hearts to Christ, believing and trusting in Him alone for salvation, God says we become part of His family – not through the natural process of human conception, but through adoption. “For you did not receive a spirit that makes you a slave again to fear, but you received the Spirit of sonship [adoption]. And by Him we cry, ‘Abba, Father’.” Rom 8:15.

Similarly, bringing a person into a family by means of adoption is done by choice and out of love. “His unchanging plan has always been to adopt us into His own family by bringing us to Himself through Jesus Christ. And this gave Him great pleasure” Eph 1:5. As God adopts those who receive Christ as Saviour into His spiritual family, so should we all prayerfully consider adopting children into our own physical families.

Adoption is a privilege
Clearly adoption, both in the physical sense and in the spiritual sense, is shown in a favourable light in Scripture. Both those who adopt and those who are adopted are receiving a tremendous blessing, a privilege exemplified by our adoption into God’s family.

Recommended Resource: ‘The Adoption Decision: 15 Things You Want to Know Before Adopting’ by Laura Christianson. 