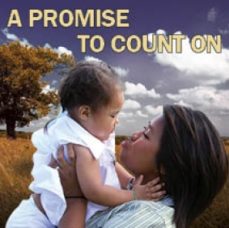 All day long, Sulamith Mortzshke watched little children growing up. She was a kindergarten teacher. She loved her work, yet it brought her pain because she wanted a child of her own so badly. Her husband was a respected man, and they both felt called to be Godly parents, bringing up children to serve the Lord. But after five years of trying to conceive, Sulamith knew that something was wrong…

Infertile and desperately unhappy
She began to blame herself and felt that her inability to conceive somehow made her less of a woman. In the depths of her heart, she sensed that her husband could have done better if he had picked another mate. Every woman she met seemed a better candidate.
Each day a toddler would suddenly cry out his or her mother’s name and rush to the door for a warm embrace. Sulamith could hardly bear to watch anymore, fearing that she would never hear that sound from her own child, nor know that bond of true motherhood. This pain nagged her so much that she could hardly meet the gaze of the mothers she served. She felt inferior and unworthy of their esteem.
In desperation, she and her husband visited their family doctor who used all the latest reproductive techniques. The combined knowledge of all the medical specialties that could help them was available  – for a high price…

Undergoing a barrage of tests
A series of comprehensive tests were started as did interviews by medical staff.  They asked various personal questions and conducted numerous tests to find out if it was it a malfunction in her ovaries or a problem with his sperm count. Some of the tests were humiliating for the couple; at times they felt like lab rats. When they went home from the clinic they felt saddened – it seemed wrong to be investigating a gift from God with such intrusive methods. And yet, they didn’t know what else to do.
At this very time, I had planned a Christ for all Nations Fire Conference in Germany. As with all such conferences, I am focused on inspiring every believer to his or her calling as a witness for Jesus Christ.
An incredible promise from God
In the audience that night, Sulamith and her husband were deeply touched. In their hearts they made new commitments to witness for Jesus. As they returned to their everyday lives, they would seek to preach the Gospel to everyone the Lord brought across their path.
I came to the podium to close the meeting in prayer. As everyone bowed their heads, I began to pray God’s blessing and power into the lives of all of those present. As I prayed this however, Sulamith became overwhelmed with a feeling of desperation. Nothing meant more to her as a soul winner than guiding the growth of her own child, dedicated to God from her womb. She began to plead with God. “Dear Lord, please speak to Reinhard about our need. Please let him speak about our desire for a baby.”
At the podium, I suddenly stopped praying. The Spirit was tapping at the door of my heart. My ministry director, Peter van den Berg, and others who were with me on the platform, still remember this moment.
“I feel that I should not go on,” I said, “until I have prayed for the sick. I will now pray for the sick before we leave this place.” As I began to pray, the Spirit pressed these words into my heart and mind. I spoke them aloud, “Someone here has an intense desire to have a child. Count from this day, nine months, and you shall have a baby.” Meanwhile, Sulamith could hardly contain herself. “Could these words be for me, Lord?” She wondered.

A shocking medical prognosis
That night Sulamith talked with her husband. She told him how she had secretly prayed that God would speak to me as I had delivered the closing prayer. Her faith had been ignited as I had stopped to address that very issue. Her husband struggled to raise his hopes to believe that God had interrupted this great meeting just to deliver a message to them, but he could not deny that I had spoken those exact words and chose to believe the prophecy.
Ten days after the conference their telephone rang. A staff member from the Child Wish Centre called with the bad news – the medical experts at the clinic had examined all of the data from their fertility tests and had reached a conclusion: there was no hope for them to ever conceive a child. The doctors had determined that artificial fertilisation would not work in their case. Not even surgery would make a difference. The staff member said that the doctors had suggested that they turn their full attention toward adopting a child.
Sulamith was stunned. All of her hopes, lifted so high by my words at the conference, came crashing down like a shattered crystal goblet. The Lord had told her to count nine months. The doctors were telling her to count nothing at all.

A nine month prophecy fulfilled
Feelings of inferiority descended like a dark cloud. The ache of never bearing a child as a biological mother returned with a vengeance. Days later, a letter arrived from the clinic reiterating their counsel. As she shared it with her husband, they both knew that their earlier decision to accept God’s Word to them had taken on added weight. Their faith was shaken, but also strengthened – if they would have a child, only God could make it happen.
Sulamith returned to her kindergarten. She watched other people’s children play. She helped them learn about God and His love for them. She poured herself into helping these little ones grow in the nurture and admonition of the Lord. Each day she would wonder if God had spoken to another woman that day and not her.
Seven weeks passed. Sulamith sensed that something was different in her. At first she dared not to say anything, but her body was definitely going through changes. At last she shared these new feelings with her husband. Immediately, he scheduled a trip to the doctor. The doctor did his testing and could not believe the results. Sulamith was seven weeks pregnant. Impossible!
Ten weeks after the conference, I received an email telling me that a pregnancy had resulted from the promise spoken that day. The mother and the baby tested normal and healthy and the due date was February 23, 2000 – exactly nine months from the day God had declared it.
Today, the Mortzschkes are raising two healthy children in the fear and admonition of the Lord. Sulamith has received the desires of her heart. I tell you by the same Spirit that whispered to my heart in that night – God has good plans for you. Count on it.