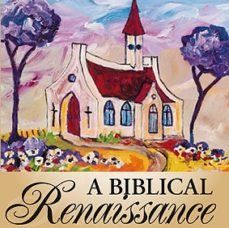 A Biblical Renaissance: Art From Africa
It’s been said that the Renaissance “…could not have become a real movement involving a whole society until that society had a positive need to learn about the classical past.” Today in the 21st Century, we are closer to First Century oral culture than at any time before. World wide, the media age has made us prefer to learn through story like the earliest church who portrayed their faith in Bible picture storyboards on the walls of the catacombs in 250AD.

This is how the testimony of the Christian faith was first communicated picturing the Bible stories. The Arise Auction has commissioned art pieces as commemorative pieces from world renowned artists to inspire a new Biblical Renaissance from Africa. The pieces will bring a message through Biblical storytelling art for the global Church and for society from Africa. Two such artists commissioned include Stellenbosch based painter and sculptor, Portchie and American painter, Hyatt Moore.

Is Portchie your birth name?
No. Actually it dates back to high school where as soon as it became known that I came from a family of vegetable growers and merchants, I was nick-named ‘Portuguese’ later shortened to Portchie.

Did you intend a career in art?
I drew pictures from early on but never thought of it as a profession. I first worked in business as a transport economist and then transitioned into art at age 27. Now I travel extensively and gather universal story themes and paint with images that celebrate life.

The white-steepled church is a characteristic image in many of your paintings. How far back does your connection with the church go?
I was raised in the church but it was only when I was 16 that my faith became part of me. In university I went on missions trips to build churches in the Transkei that I now often depict in my paintings. The painting of people bringing their chickens to the church is my reflection on giving from the heart. Each day I reflect on its message as it speaks about how we must bring our gift to the church. It is more than bringing finances which is often a Western perception of giving. It is rather the gift that costs you personally.

I think of the Biblical story of the widow giving her last coin to the Temple and the sacrifice of Jesus, the Son as the greatest gift God gave us. The image of the boy giving one of his three chickens is impactful because he likely knows them each by name.
Your commissioned auction painting features a fence made up of crosses. What is the significance of this addition?
The fence is made up of poles with crosses that envelop the boy and the gift he is bringing. As I painted this soon after Easter, this addition resonates with the reason for the boy’s gift – the significance of the Cross that has out given us all and from which flows our gratitude in giving sacrificially.

Is your art a form of story telling?
Painting is a story without words – you create your own words and because of that everyone adds their words until the story becomes their own. I find myself at different times in different roles in the painting – at times I am the person sitting in the church at other times I am the giver and also at times the receiver of the gift.

Hyatt, You’re an internationally recognised artist, how did you start out?
I began painting in 1998 when, waiting at a stop light, I saw a painting and thought to myself “I can do that.” I was still with Wycliffe Bible Translators USA, a 32 year-career with five years as president.

Tell us about your unique rendition of Da Vinci’s Last Supper – ‘The Last Supper with Twelve Tribes’.
This was a painting I did as a mural for a backdrop at a booth displaying art for my wife. It was as I walked back and forth between painting the twelve tribal people that I added the colour to Jesus’ face and He became a composite of all the colours on the brush as I walked to and fro completing the painting. This in itself has a message of incredible meaning that adds to this painting’s story which I often share with audiences at speaking engagements.

What inspires you to paint?
I paint many things but I love painting people as God’s highest creation. My paintings of ethnic people introduce the viewer to another world that they might not otherwise know or appreciate. Many are those whom I had contact with while serving with Wycliffe. Among my latest are some monumental faces beginning with ‘Her Eyes on the Cross’. It’s a 6ft by 8ft oil painting depicting a young girl from Cameroon with her eyes fixed on the Cross as visible in her pupils.
This piece (featured on the opening page before) is being auctioned at the Arise Auction and is one that I feel has significant depth. Paintings are like poetry, with meaning at multiple levels.

Is painting a form of storytelling with a message?
Actually, it’s the moment that a painting captures. The larger story might be something immediately obvious or need explaining. Most viewers see these paintings as people of interest and possibly beauty and dignity. Christians will see that and more – as individuals representing people of high value and for whom God also cares. At least I’m grateful when the paintings convey that message.

We invite the joy! readers and Christian businesses to participate in the auction process and to find out more about the art pieces…
The art in this article are available for bidding and will benefit compassion ministries in Africa and Arts initiatives in the global Church. Portchie is also printing 50 signed canvas prints of the original available to readers for purchase at R2 500 ex postage. To learn more please go to www.jonahre.com.