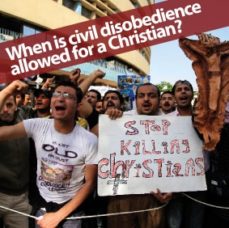 The emperor of Rome from AD54 to 68 was Nero Claudius Caesar Augustus Germanicus, simply known as Nero. He was not a Godly man, but rather a tyrant who engaged in a variety of illicit acts including sexual perversion. In 64AD, the great Roman fire occurred with Nero himself suspected of arson. In his writings, the Roman senator and historian Tacitus recorded: “To get rid of the report [that he had started the fire], Nero fastened the guilt and inflicted the most horrific tortures on a class hated for their abominations – called Christians by the populace” (Annals XV).

God appoints leaders
It was during Nero’s reign that the Apostle Paul wrote his Epistle to the Romans. While one might expect him to encourage the Christians in Rome to rise up against their oppressive ruler, in Chapter 13, we find this instead: “Every person is to be in subjection to the governing authorities.
For there is no authority except from God, and those which exist are established by God. Therefore whoever resists authority has opposed the ordinance of God; and they who have opposed will receive condemnation upon themselves. For rulers are not a cause of fear for good behaviour, but for evil. Do you wish not to fear authority?”

Honouring those in authority
“Do what is good and you will have praise from the same; for it is a minister of God to you for good. But if you do what is evil, be afraid; for it does not bear the sword for nothing; it is a minister of God and an avenger who brings wrath on the one who practices evil. Therefore, it is necessary to be in subjection, not only because of wrath, but also for conscience’ sake. For because of this you also pay taxes, because rulers are servants of God, devoting themselves to this very thing. Render to all what is due them: tax to whom tax is due; custom to whom custom; fear to whom fear and honour to whom honour is due” Rom 13:1–7.
Even under the reign of a ruthless and godless emperor, Paul, writing under the inspiration of the Holy Spirit, tells his readers to be in subjection to the government.
Moreover, he states that rulers are serving God in their political office. “Submit yourselves for the Lord’s sake to every human institution, whether to a king as the one in authority, or to governors as sent by Him for the punishment of evildoers and the praise of those who do right. For such is the Will of God that by doing right you may silence the ignorance of foolish men. Act as free men, and do not use your freedom as a covering for evil, but use it as bond slaves of God. Honour all people, love the brotherhood, fear God, honour the king.” 1 Pet 2:13–17.

Three different stances: anarchy
Both Paul and Peter’s teachings have stirred quite a few questions from Christians with regards to the subject of civil disobedience. Do Paul and Peter mean that Christians are always to submit to whatever the government commands?
Is it wrong or sinful for Christians to protest? There are at least three general positions on the matter of civil disobedience. First is the anarchist view which says that a person can choose to disobey the government whenever they like and whenever they feel they are personally justified in doing so. Such a stance has no Biblical support whatsoever as is evident in Romans 13.

Another view: patriotism
The extreme patriot believes that a person should always follow and obey their country no matter what the command. As will be shown in a moment, this view also lacks Biblical support. It is not supported in the history of nations either.
For example, during the Nuremberg trials, the attorneys for the accused attempted to use the defence that their clients were only following the direct orders of the government and therefore could not be held responsible for their actions. However, one of the judges dismissed their argument with the simple question: “But gentlemen, is there not a law above our laws?”
The position the Scriptures uphold is one of Biblical submission. A Christian is permitted to participate in civil disobedience to the government if it commands evil, such that it requires a Christian to act in a manner that is contrary to the clear teachings and requirements of God’s Word.

Civil disobedience in the Bible
In Exodus 1, the Egyptian Pharaoh commanded two Hebrew midwives to kill all male Jewish babies. An extreme patriot would have carried out the government’s order, yet the Bible says the midwives,“feared God, and did not do as the king of Egypt had commanded them, but let the boys live.” Exodus 1:17
The Bible goes on to say the midwives lied to Pharaoh about why they were letting the children live. Though they lied and disobeyed their government, “God was good to the midwives, and the people multiplied, and became very mighty. Because the midwives feared God, He established households for them.” Exodus 1:20–21
In Joshua 2, Rahab disobeyed a command from the king of Jericho to expose the Israelite spies who had entered the city. Instead, she let them down a rope so they could escape. She resisted a command from the top government official and was thus redeemed by God from the city’s destruction.

A Biblical point of view
1 Samuel records a command given by King Saul that no one was to eat until Saul had won the war. However, Jonathan broke his father’s order and ate honey to refresh himself from combat. When Saul found out, he ordered that his son be put to death. But, the people resisted him and this command (1 Samuel 14:45).
Another example of civil disobedience, done in an attitude of Biblical submission, is found in 1 Kings 18. The chapter briefly introduces Obadiah who “feared the Lord greatly.” When the queen, Jezebel, was killing God’s prophets, Obadiah took a hundred prophets and hid them from her so they could live.
In Daniel 3 we read how Shadrach, Meshach and Abednego refused to bow down to the golden idol in disobedience to King Nebuchadnezzar’s command. Daniel defied King Darius’ decree not to pray to anyone other than the king. In both cases, God rescued His people from the death penalty that was imposed,
signalling His approval of their actions.

When may we disobey authority?
Acts records the civil disobedience of Peter and John towards the authorities of the time. They were jailed for preaching about Jesus, and the religious authorities were determined to stop them from teaching the Gospel. But Peter said: “Whether it is right in the sight of God to give heed to you rather than to God, you be the judge; for we cannot stop speaking about what we have seen and heard.” Acts 4:19–20.

Obeying God and not man
Later, the rulers confronted the Apostles and reminded them of their command not to teach about Jesus, to which Peter responded; “We must obey God rather than men.” Acts 5:29.
A final example of civil disobedience is when the beast commands all people to worship an image of himself. The Apostle John states in Revelation that those who become Christians and are committed to the right way will disobey the beast and his government and refuse to worship the image (Rev 13) just as Daniel’s companions violated Nebuchadnezzar’s decree to worship his idol.
In 2 Kings, an approved revolt against a reigning government official is recorded. Athaliah, the mother of Ahaziah, began destroying the royal offspring of the house of Judah.
However, Joash the son of Ahaziah was taken by the king’s daughter and hidden so the bloodline would be preserved. Six years later, Jehoiada gathered the men, declared Joash king, and put Athaliah to death.

Guidelines for Christian protest
Christians are called to be exemplary citizens; to earnestly do what is right and good and to show respect for those in authority.
• Christians should resist authority that commands or compels evil and work within the laws of the land, without violence, to change a wicked government
• Civil disobedience is permitted when the government’s laws or commands are in direct violation of God’s Laws [in His Word]
• If a Christian disobeys an evil government, unless he/she can flee, they should accept the government’s punishment
• Christians are permitted to work to install new government leaders within the laws that have been established.

Pray for your leaders
[It is important for Christians to remember that our weapons of warfare are spiritual and that the best way to see change in a land is to earnestly pray and trust God. This does not mean we must be passive however – and in fact it is the passivity of the Church and Christians in general that has led to many evil leaders and governments being elected to positions of power].
Christians are commanded to pray for their leaders and for God to intervene in His time to change any ungodly path that they are pursuing: “…I urge that prayers and thanksgivings, be made on behalf of all men, for kings and all who are in authority, so that we may lead a tranquil and quiet life in all Godliness and dignity.” 1 Tim 2:1–2.