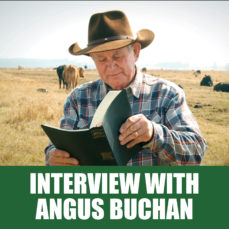 5 million – that is the number of people expected, in faith, to attend the It’s Time Pretoria prayer gathering on October 27th. At the previous two It’s Time prayer gatherings, in Bloemfontein and in Cape Town, uncle Angus Buchan and his Shalom Ministries team witnessed over 2 million people in attendance. Prayers are going out for the upcoming gathering, which is expected to be the biggest yet.
James 5:16 says that, “The fervent prayer of a righteous man avails much.” After the first It’s Time in Bloemfontein, we saw a new president elected, we saw the Rand strengthened, and we saw the best yield of maize that the farmers in the area had seen in years. At the It’s Time in Cape Town, we specifically prayed for rain. We humbled ourselves and repented, and the rain began to fall as we worshipped. Since then, the Cape has had one of the wettest winters in many years. We know that when God’s people pray, He listens and is faithful.
…for the full article, pick up a copy of the Oct issue of JOY!, on sale now.