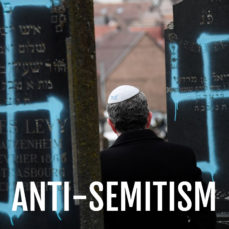 Why does the world hate the Jews? Why is anti-Semitism so rampant in so many different nations? What is so bad about the Jews? History has shown that at various times over the last 1700 years the Jews have been expelled from over 80 different countries.
Satan has tried to wipe out the Jews through the Babylonians, the Persians, the Assyrians, the Egyptians, the Hittites, and the Nazis. But he’s failed every time. God is not finished with Israel. Romans 11:26 tells us that someday all of Israel will be saved, and this cannot come to pass if Israel no longer exists. Therefore, God will preserve the Jews for the future, just as He has preserved their remnant throughout history, until His final plan comes to pass. Nothing can thwart God’s plan for Israel and the Jewish people.

…for the full article, pick up a copy of the July issue of JOY, which is now on sale nationwide in all leading supermarkets!