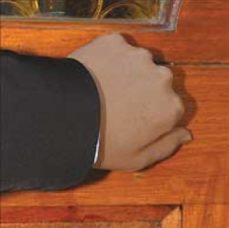 What Do Jehovah’s Witnesses Believe?

Jehovah’s Witnesses are America’s favourite punch line, says Joel P. Engardio, co-producer of ‘Knocking’, a documentary on the 7 million-member sect, which, he says, spends 1.3 billion hours per year knocking on doors. Who are they and what do they believe?

Jehovah’s Witnesses are known for many things, but especially for their persistent knocking on doors as they move around neighbourhoods usually in pairs. To many they are an enigma, shunning all civic involvement and military service, declining to participate in blood transfusions and refusing to acknowledge birthdays or celebrate Christmas. They appear to be a closed society, only welcoming into their midst those who convert to their group.

Who are Jehovah’s Witnesses and where did they originate?
Jehovah’s Witnesses is the name by which this group is popularly recognised. They are also known as ‘The Millenial Dawn’, ‘The International Bible Students Association’, the ‘Metropolitan Pulpit’, ‘Brooklyn Tabernacle Pulpit’ and ‘Watchtower Bible and Tract Society.’ They take their name from Isaiah 43:1 “Ye are My Witnesses, saith Jehovah.” Their watchword is: “Millions now living will never die.”

The movement was founded by Charles Taze Russell in 1872, a wealthy businessman, prolific writer and magazine editor who devoted himself to spreading his views. He declared that his seven-volume ‘Studies in the Scriptures’ were essential to understanding the Bible. “Be it known,” he wrote, “that no other system of theology ever claims or ever has attempted to harmonise in itself, every statement of the Bible, and yet nothing short of this we claim.”

Many Biblical scholars took issue with him and Russell denounced all organised religion and Ministers of the Gospel outside of his society, declaring all existing Bible translations to be totally unreliable, with the exception of his own. When challenged in a famous court case in Canada on March 17, 1913, he admitted that he had no knowledge whatsoever of Greek, Hebrew or Latin (the language of early manuscripts and translations of the Bible).

Russell was succeeded by ‘Judge’ Rutherford, who considered himself the mouthpiece of Jehovah and publicly declared all churches to be “rackets”. The Jehovah’s Witness movement is a very efficient organisation. They meet in Kingdom Halls and each member of the hierarchy is expected to obey the orders of his superior without question. The chief task of Witnesses is the distribution of official publications from door to door. In faithfully becoming a ‘kingdom publisher’, working hard at personal distribution of Watchtower books and dedicating 10-35% of their income to forwarding the Watchtower cause, they work out their salvation in theocratic “fear and trembling.”

What do these precious hard-working people believe? This could be considered merely a matter of academic interest if eternal destinies were not at stake. Are they in line with Biblical teaching? Do they have any personal assurance of faith?
What do they think of the Christ who claimed: “I am the way, the truth, and the life. No one comes to the Father except through Me” John 14:6? These are important questions.

What do Jehovah’s Witnesses believe?
Jehovah’s Witnesses are taught that the Name of God is JEHOVAH and He must be called this at all times. Whenever other forms of His Name appear in the Old Testament, it is considered evidence that the original text has been tampered with. There is one solitary Being from all eternity – Jehovah-God – and the Biblical doctrine of the Trinity is emphatically denied as originating with satan.

“The teaching of the Trinity is senseless, God-dishonouring and deceptive. There is no authority in the Word of God for the doctrine of the Trinity of the Godhead” (from Studies in the Scriptures). The Christian doctrine is dismissed as worship of a complicated, freakish-looking three-headed god.” (from Let God be God).

Logically, therefore, Jesus Christ cannot be God and Jehovah’s Witnesses have relegated Him to a position of “a god”. According to their literature, Christ (before His earthly life) was a spirit-creature named Michael – the first of God’s creation. In His death, Jesus’ human nature was annihilated and, as a reward for His sacrificial obedience, God gave Him a divine, spirit nature. He is not co-equal with God, nor eternal “for there was a time when He was not.” Colossians 1:17,18 has an interesting commentary on that.

The Holy Spirit is dismissed as an “influence”, an “invisible active force” (from Let God be True). Every fundamental basic Biblical doctrine is rejected. Sadly few adherents study the Bible for themselves and converts are encouraged to use the ‘Watchtower Magazine’ for Bible Study, which has been estimated to contain less than 6% scripture. Perhaps the lack of Biblical knowledge is a major reason so many people become involved with fringe groups like the Jehovah’s Witnesses. Not being grounded in the Word of God leaves one very vulnerable to the opinions and teaching of mortal man.

If Christ is not God and His death on the cross not sufficient to pay the price for sin, how does one receive eternal life in their view? Jehovah’s Witnesses are taught that the death of Christ removed the effects of Adam’s sin, but it “does not give or guarantee everlasting life or blessing to any man” (from Studies in the Scriptures). Christ’s death merely placed man in the state of Adam before the Fall, leaving him with the choice of adhering to their teaching and “living forever” or of being totally annihilated. They believe the “doctrine of hell torment is a lie emanating from the devil and clergymen”. “The claim of religionists that man has an immortal soul, and therefore differs from the beast, is not scriptural.” (from Let God Be True).

According to their teaching, only 144,000 “spiritual brothers” will be resurrected to reign with Christ (including Russell and Rutherford). The rest of the believers will inherit the earth and live forever. If anyone fails to align themselves with “the truth” as taught by the Jehovah Witness society, he or she will get another chance after death to reconsider their opinion. “Men, not God, have limited to this age the chance or opportunity of attaining life.” (from What the Scriptures teach. Vol. 1).  Compare Hebrews 9:27 for the Biblical viewpoint.

What does it mean to “believe”? Jehovah’s Witnesses are not given any assurance of personal salvation or eternal life. Christ’s work on the Cross simply “guarantees a second chance” and every person has to prove by “obedience” his worthiness of life eternal. Every individual is left to be his own saviour, working out his own salvation by fulfilling the requirements of Jehovah Witness teaching. A major part of that obedience is knocking on doors and offering the society’s literature for sale. Strict records are kept and this service is not voluntary or by personal choice. It is considered a matter of life and death.

What about the Bible? Jehovah’s Witnesses doctrine is that the Bible is the inerrant, infallible, inspired Word of God “as it was originally given” and they reject every translation except their own version called ‘The New World Translation of the Bible’, the work of Charles Taze Russell. Many bona fide Greek scholars of repute who have studied the earliest manuscripts of the Bible, challenge this conclusion.

Russell and Rutherford considered themselves prophets. Russell predicted that “the final end of the kingdoms of this world and the full establishment of the Kingdom of God will be accomplished by the end of 1914.” When 1914 came and went, he declared that “since Christ did not rise physically, neither would He return physically” and, therefore, He returned spiritually and began the work of cleansing the Temple for judgment upon sinful men and satan’s organisations (i.e. the Church and governments of the world).

Rutherford went a step further. Abraham, Isaac and Jacob, he predicted, would return in 1925. He built a mansion in California for them with an expensive motor car in the garage. All these possessions “held in trust” by him were sold in 1942.

Sadly people who become involved in these types of movements also find themselves separated from normal human society, their family, friends, and traditions that bind us together. This makes it more difficult to leave. Not only is there the fear of missing out on eternal life if you leave a group which claims to have the sole mandate, but the emotional reality of being isolated from those you have become intensely bonded to leaves the adherent in a very state.

David Brees in his book ‘Know the Marks of the Cults’ lists some distinctive common denominators in ‘alternative’ religious groups and Christians would do well to take note of them.

Extra-Biblical Revelation – the place of another document, often written by the founder or leader, alongside the Bible and claiming a special revelatory standing for it.
A false basis of salvation – usually salvation by works. Compare Ephesians 3:8,9.
Uncertain hope.
Presumptuous Messianic leadership – the human leader is elevated to a Messianic level.
Doctrinal ambiguity. The stress is commonly sub-rational, emotional, vaguely mystical, and without a clear understandable basis.
The claim of special discoveries.
Defective Christology – the denying in one way or another of basic Biblical teaching concerning the nature and work of Christ.
Segmented Biblical attention – picking and choosing a few verses or portions for emphasis that support, or appear to support, a particular teaching. The rest of the Bible is usually ignored.
Enslaving organisational structure – the creation of a monolithic, merciless, and entangling organizational structure with loyalty to something other than Jesus Christ Himself.
Financial exploitation.
Denunciation of others.
Syncretism – the supporting of a mishmash of ideas currently popular.

While it is true that the Bible’s supreme subject is ‘The Kingdom of God’, established on earth by Jesus, and to be consummated in God’s good time at the end of history, Jehovah Witness teaching and the Bible are totally and absolutely at variance.

How to share the Gospel of Jesus Christ with a Jehovah’s Witness
Always remember that you are dealing with sincere people in most instances who are honestly looking for the answer to life. Everyone has a “God-shaped vacuum” inside them, as St. Augustine put it.
Share the Gospel of Christ simply – meditate on John 3:16 for ‘the Gospel in a Nutshell’.
Follow with your own personal testimony and experience of being born again.
Be aware that they have been trained to present a prepared two-minute introduction.
Refuse to accept ‘scriptural’ replies to questions of life and faith. Insist on looking up every scripture (they tolerate the King James version of the Bible as the least perverted). Carefully check the scriptures quoted against their context in the Bible and against other ‘scripture’.
Offer to pray with them and trust God for a supernatural work of Grace.
Above all, lift Jesus up by your attitude that men, women and children for whom He died may be drawn to the Saviour.

May they sense His presence in our lives and hear the knocking that really counts!

“Behold, I stand at the door and knock. If anyone hears My voice and opens the door, I will come in to him and dine with him, and he with Me.” Rev. 3:20

Val Waldek, South African Christian author. For more information on this and other religious movements see ‘What do they believe?’ Available from your local bookshop or www.valwaldeck.com