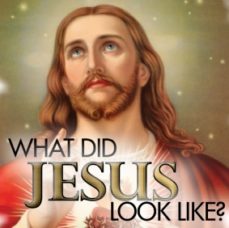 There is no physical description of Christ in the Gospels. Neither Matthew, nor John, nor Peter, James and Jude, who were His disciples during His earthly ministry, recorded any details about His physical features. We do not read of His height, size, hair colour, eye colour, or hair length.
Did Jesus have long hair?
The best that we can say about the artistic portrayals of Christ are that they are highly imaginative. The portrayal of Christ as long-haired comes from Renaissance era artwork, in the 15th Century, when long hair was fashionable. However, the earliest artistic depictions of Christ are of someone with short hair.
The Scriptures declare: “Does not even nature itself teach you that if a man has long hair, it is a dishonour to him? But if a woman has long hair, it is a glory to her…” 1 Cor 11:14-15. The Scripture refers to Samson as having long hair, because it was so unusual. However, there is no mention of our Lord Jesus Christ having hair any longer than what was normal for that time.
The earliest artistic depictions of Christ, on the walls of the catacombs, carved in relief on sarcophagi, or set in mosaic tiles, depict someone with short hair. The general tendency in the first century was for men to have short hair.
The Shroud of Turin
For those who find some significance in the controversial Shroud of Turin, Professor Giovanni Judica-Cordiglia wrote the following description, on the basis of the shroud: “The man who was wrapped in the shroud was a man of great beauty and uncommon stature. He was about 1.8 metres tall, with a perfectly proportioned physique, lithe and harmonious. We can see that His face was a very soft and gentle one, rather long and with a broad, straight forehead. The nose is straight and turned slightly downwards; the cheeks are large and slightly protruding…”
A modern description
For those who are interested in the contemporary record, a physical description of Jesus does exist from a copy of a letter from the Roman Consul, Lentulus, to the Roman Emperor Tiberius.
The letter of the Consul was dated to the 12th year of the reign of Emperor Tiberius. The Jewish historian Josephus, in his book ‘Antiquities of the Jews’, mentions the Roman Consul Lentulus. In his letter to the emperor, Lentulus describes the condemned man, Jesus of Nazareth, as having: “A noble and lively face, with fair and slightly wavy hair, black and strongly curving eyebrows, intense penetrating blue eyes and an expression of wondrous grace. His nose is rather long. His beard is almost blonde, although not very long. His neck is slightly inclined so that He never appears to be bitter or arrogant. His tanned face is well proportioned. It gives the impression of gravity in wisdom, sweetness and good, and is completely lacking in any sign of anger.”
There is evidence to indicate that Tiberius was so impressed by the Resurrection of Jesus from the dead that he attempted to have Him declared a god. However, the Roman Senate refused to approve this condemned man’s admission to the Roman pantheon of gods.
A Biblical description of Jesus
Those who say that there is no Biblical description of our Lord Jesus Christ are actually wrong. While the Gospels make no mention of His physical characteristics, we do have a description of the Risen, Ascended Christ in the last Book of the Bible, the Revelation of Jesus Christ.
The Apostle John describes what he saw: “I was in the Spirit on the Lord’s Day, and I heard behind me a loud voice, as of a trumpet, saying: ‘I am the Alpha and the Omega, the First and the Last…’ then I turned to see the voice that spoke with me…and in the midst of the seven lampstands One like the Son of Man, clothed with a garment down to the feet and girded above the chest with a golden band. His head and hair were white like wool, as white as snow, and His eyes like a flame of fire; His feet were like fine brass as if refined in a furnace, and His voice as the sound of many waters. He had in His right hand seven stars. Out of His mouth went a sharp two-edged sword, and His countenance was like the sun shining in its strength. And when I saw Him, I fell at His feet as dead. But He laid His right hand on me, saying to me: ‘Do not be afraid, I am the First and the Last. I am He who lives, and was dead and behold, I am alive forevermore. Amen. I have the keys of hades and of death.’” Rev 1:9-17.
The most important thing is not what Jesus looked like, but what He said and did. The fear of the Lord is the beginning of wisdom. If the Apostle John, the disciple whom Jesus loved, who at the Last Supper could rest his head on the Lord’s shoulder, could fall at the feet of the Risen, Ascended Christ as a dead man, how do you think you and I will respond when we are confronted with the Risen, Ascended Lord in all His Glory and splendour?
“Worthy is the Lamb who was slain to receive power and riches and wisdom and strength and honour and glory and blessing!” Revelation 5:12. 
Second century Church Father, Justin Martyr, pointed to Isaiah 53:2: “…He has no form or comeliness; and when we see Him, there is no beauty that we should desire Him”, as an indication that He was not remarkable in appearance.
However, Oregon cited Psalm 45:2: “You are fairer than the sons of men…” as an indication that the Lord was the most handsome of men.
Isaiah 52:14 prophesied that His appearance would be so disfigured “marred more than any man” in the crucifixion so graphically described in Psalm 22 and Isaiah 53.

Do not be distracted
If it was at all important or relevant for us to know what the Lord really did look like, the Gospels would give a description. The fact that they do not, shows that we should not allow ourselves to be distracted by these external irrelevancies.

What really matters?
Church Father, St. Augustine, in ‘On the Trinity’, noted that everyone has a different mental image of the Lord. He wrote: “The physical face of the Lord is pictured with infinite variety by countless imaginations…”
Although “as regards the Faith we have in the Lord Jesus Christ, it is (not) in the least relevant to salvation what our imaginations picture Him like…” What does matter is our understanding of His nature, His life and His teachings.