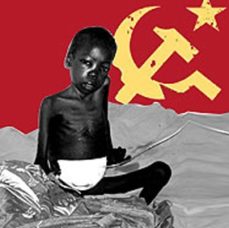 In the daily battles of life, one can be tempted to give in to depression or fatigue as we see sin and compromise increasing. Yet, there is hope: God is Sovereign. Nothing is inevitable except what God has decreed. And there is great power in prayer. Nothing is beyond the reach of prayer – except that which is outside of the Will of God.

Christians are not doomed to defeat, but called to victory. If God can actually change us, then He can use us to change some part of this world. Christians can change the course of human history by prayer and obedience to God. The Bible is full of example of believers “who through faith conquered kingdoms…” Heb 11:33
Recent history confirms the power of prayer.

Shortly after I was converted to Christ early in 1977, I remember a missionary from Overseas Missionary Fellowship urging us to pray for God to open the doors to Red China. Even as we prayed my heart was filled with unbelief – how could a Communist country like China ever be open to the Gospel again? Yet, we have seen Mao Tse Tung die, his little ‘Red Book’ discredited and the doors to China gradually open since.Not that China is at all free – the brutal massacres of thousands of unarmed civilians in Peking’s Tianamen Square have shown that Communism is still in control in China.  Brutal slave labour camps and ongoing harassments and persecution of the House Church movement, make it clear that the battle for the soul of China is still raging. But whereas in the past people questioned if the Church had even survived the ‘Cultural Revolution’ and vicious persecution in China, now we know that there are over 100 million Christians in China!

When I first started praying for Mozambique in 1981, it was firmly closed to the Gospel. And many of my friends thought I was foolish to try to enter Marxist Mozambique. Yet, on my motorbike, loaded with one thousand Gospels and New Testaments in Portuguese and the Jesus film, God opened the doors time and again and we managed to deliver many tons of Bibles and relief aid and show Christian films throughout that war-torn Marxist country in the 1980’s.  By God’s grace, Mozambique is now open to the Gospel.
As the persecution of Christians in Angola intensified under the Marxist dictator, Agestino Neto, we prayed for God to intervene. Shortly after Neto declared, “Within 20 years there will not be a Christian or a Bible left in Angola! I have destroyed the Bible!” he died in mysterious circumstances on an operating table in Moscow. Frontline Fellowship has delivered many thousands of Bibles to Angola and today the Church is flourishing and thriving.
When I first saw the Berlin Wall in March 1988, and the many crosses in memory of those who had been shot in the back whilst fleeing socialism, I wept. I prayed, as had so many others, that God would break down that evil system even as he had demolished the walls of Jericho. Yet, how amazed I was when our prayers were answered in 1989, and millions poured across the border for the first look at the other half of their city and country.

When my wife, Lenora, and I visited Romania for Easter services in 1989, we experienced the oppression of Communism and witnessed the tyranny of Ceaucescu. Along with millions of others we prayed. And before the year had ended, we saw the dictator, Ceaucescu, executed, Communist symbols smashed and God’s Word openly proclaimed in the public squares of Romania.
Albania had declared itself to be the first fully atheistic state in the world in 1966. Yet, in answer to prayer, the Communist government of Albania was overthrown. When missionary, Rev. Bill Bathman, and I drove into Albania in 1993, we were inundated with ministry opportunities and people hungry to hear about the God Whom they had been forbidden to even whisper about for all those decades of Communism.
In Nigeria, where the 12 Northern states have declared Islamic Sharia Law, Muslims have burned down many hundreds of Christian churches and have killed thousands of believers in recent years. Yet, tens of thousands of Muslims are coming to Christ in Nigeria and the churches are dynamic.

In Sudan, I have had the privilege of ministering in many churches which have endured repeated aerial bombardments by the National Islamic Front government. We have flown far behind enemy lines to the Nuba Mountains – an island of Christianity in a sea of Islam. The Nuba church in Kauda was bombed 18 times in a 12 month period. We went there to encourage them, actually they encouraged us. We not only found the church building still standing, but the church was packed to overflowing for Sunday worship services! They were not going to allow 18 brutal air raids to keep them from their highest priority: to worship our Lord and Saviour, Jesus Christ!
The Episcopal Church of Sudan in Kotobi was attacked by helicopter gunships and burnt to the ground on, 23 August 1996. Five civilians died in the hail of bullets and shrapnel from these gunships. We had the privilege of conducting worship services in the charred remains of the building, and, after the church was rebuilt, conducting many seminars and services in this building which is a testimony to the fact that Jesus Christ is building His Church,” and the gates of hell shall not prevail against it!”
The birthplace of Christianity in Moruland, in Southern Sudan, is Lui Cathedral. In 1965 the cathedral was burned down by Muslim government forces who also destroyed the hospital and school buildings. Yet all these buildings were later rebuilt by the local Christians. Then again in the 1980’s the Arab army swept over Lui and occupied the mission station putting an end to all education, medical and spiritual work for the second time. When I first saw Lui in May 1997, it had just been liberated from the Muslim government forces by the SPLA Resistance movement. The signs of the Arab occupation were everywhere – trenches, gun emplacements, pill boxes, mine fields, the debris of war, a newly painted mosque and many vandalised graves. There were a shocking number of broken crosses in the graveyard by the cathedral. Rev. Jeffery Kayanga pointed out a huge tree: “The first Christian missionary, Dr. Kenneth Fraser, chose that tree to start the first Moru church under because it was the same tree under which the Arab slave traders had bought and sold our people as slaves.”

By the slave tree were the graves of the early missionaries and Christians and beyond the graves the remains of the church that they had established. The cathedral in Lui was restored, and soon packed to overflowing with thousands of enthusiastic Christians. The hospital was renovated and the school restored. Then the government of Sudan Air Force bombed this community on 10 separate occasions, severely damaging the church for a third time. Yet, Fraser Cathedral in Lui has been restored yet again. It is the church that will not die. It is a dynamic testimony to the vibrant faith and resilience of the persecuted Christians in Sudan. We have had many seminars and services in this church that has been bombed 10 times and rebuilt time and again.

“When justice is done, it brings joy to the righteous, but terror to evil doers.” Proverbs 21:15
Pray that the persecutors of the Church may be exposed and opposed and may be brought to repentance, or that they may be removed. Pray that the persecutors may fall into the traps that they have dug for others, that their declarations may come back to haunt them, and that their actions against God’s people be exposed, confounded and confused.  Pray that God’s people may respond to the desperate needs of our suffering brethren in love and action.
“Remember the prisoners as if chained with them.” Hebrews 13: 3
Dr. Peter Hammond has been a missionary to the persecuted for over 25 years. www.frontline.org.za