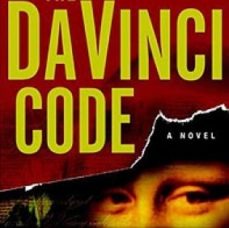 Based upon the international best selling novel, ‘The Da Vinci Code’, written by Dan Brown, which has sold over 29 million copies, the new Hollywood film is bound to be a blockbuster hit.  DR. JAMES KENNEDY CALLS THE NOVEL: “AN EXTRAORDInarily deceitful weaving together of fact and fiction” that takes advantage of the historical and Biblical illiteracy of most readers.  “The average person is abysmally ignorant of history and, unfortunately, also ignorant of theology.  Knowing very little about the Bible the vast majority of film goers would not have the faintest idea what part of this book is fact and what part of it is fiction.  And that makes it particularly dangerous.”

Steeped in Pagan Ideology
Dr. Ted Baehr, of the Christian Film and Television Commission, states that: “Brown’s book is well plotted and fast paced.  But, it is also full of factual inaccuracies and historical revisionism… the book also totally immerses readers in pagan ideology.  From fertility cults and idolatrous rituals to tarot cards and astrology, from nature worship and satanic symbols to goddess cults and the ‘divine feminine’ this book is full of pagan propaganda.  If the movie accurately reflects the book, then the product will be a blasphemous, heretical indoctrination of pagan ideology… ‘The Da Vinci Code’ is bad news for hurting people who need Salvation…this fictional filth will deceive and turn away millions who need Salvation that is only found in the fully man and fully God person of Jesus Christ who died and was resurrected for their sins.  This is not just a lie, this is deception and is condemning millions of people to eternal damnation.”
Dr. Ted Baehr describes ‘The Da Vinci Code’ as Hollywood’s counter attack against the phenomenally successful ‘Passion of the Christ’.  He says that it is essential that Christians avoid purchasing the book or seeing the movies. “If Christians unite and avoid this movie, then its box office gross will suffer.  People of Faith will be sending a loud, clear message to the film makers, that we do not want this type of filth and garbage in the media.”

The Da Vinci Code is a complete fabrication
Dr. Paul Maier, Professor of Ancient History at Western Michigan University, has stated: “There is not one ranking scholar in the entire world who supports what Dan Brown has done with history.  As a professor of Ancient History, I can’t stand known, accepted facts from the past lied about.”
‘The Da Vinci Hoax’ is one of about 15 books published to answer Dan Brown’s mega bestseller, which has been on the New Times best selling list for 3 years.  Sandra Miesel, Co-Author of ‘The Da Vinci Hoax’, states: “Everything in ‘The Da Vinci Code’ is wrong, except Paris is in France, London is in England and Leonardo Da Vinci painted pictures.  All else is fabrication.”

Would you die for a lie?
‘The Da Vinci Code’ is a fiction novel, but it claims to be based on facts.  ‘The Da Vinci Code’ tells people that the New Testament is false testimony.  However, the New Testament was sealed with the blood of the Apostles.  Each of the Apostles suffered excruciating persecution, tortures and martyrdom.  Would you die for a lie?
Dan Brown, in ‘The Da Vinci Code’, claims that prior to the Council of Nicea in 325 AD no one believed that Jesus was Divine.  The doctrine of Jesus as the Son of God was created by the pagan Emperor Constantine, in the 4th Century, for the purpose of manipulation: “It was all about power.”
However, Ignatius (writing 105 AD), Clement (150), Justin Martyr (160), Irenaeus (180), Tertullian (200), Origen (225), Novatian (235), Cyprian (250), indeed all the early Church fathers taught the Deity of Christ.  The earliest Christian Creed was: “Jesus is the Lord” 1 Corinthians 12:3.  The same word used for Yahweh is “Kurios” in the Greek translation of the Old Testament, The Septuagint, is used for Christ in the New Testament.  Actually, the Emperor Constantine had absolutely nothing to do with the foundational church teaching on the Deity of Jesus Christ.

Manipulative and Cunning
Sandra Miesel thoroughly refutes ‘The Da Vinci Code’ in her book. “Everyone Loves a Conspiracy,” she acknowledges, however Brown’s characters are as “thin as plastic wrap.”  She acknowledges the “barrage of codes, puzzles, mysteries and conspiracies,” but notes the “improbable action” which has been written “in a particular way best calculated to attract a female audience. (Women, after all, buy most of the nation’s books).”  He has made a thriller plot to fit a romance novel technique.  “Notice how each character is an extreme type…effortlessly brilliant, smarmy, sinister or psychotic as needed, leaning against luxurious, but curiously flat backdrops…. Brown has fabricated a novel perfect for a ladies’ book club… his extensive use of fictional formulas may be the secret to Brown’s stardom.  His anti-Christian message can’t have hurt him in publishing circles…by manipulating his audience through the conventions of romance writing, Brown invites readers to identify with the smart, glamorous characters…blasphemy is delivered in a soft voice with a knowing chuckle: ‘Every Faith in the world is based on fabrication’.”

Willfully ignorant of fact
Sandra Meisel notes Brown’s sources: ‘The Gnostic Gospels’, ‘The Goddess in the Gospels: Reclaiming the Sacred Feminine’, and ‘The Woman’s Encyclopedia of Myths and Secrets’, “The use of such unreliable sources belies Brown’s pretensions to intellectuality…but despite Brown’s scholarly errors, a writer who thinks the Merovingians founded Paris, and forgets that the popes once lived in Avignon is hardly a model researcher. For him to state that the (Roman Catholic) Church burned 5 million women as witches shows a willful – and malicious – ignorance of the historical records.  The latest figures for deaths during the European witch craze are between 30 000 to 50 000 victims.  Not all were executed by the (Roman) Church, not all were women, and not all were burned.  Brown’s claims are not only false, but betray his goddess-friendly sources.”
“Brown’s treatment of Gothic architecture as a style full of goddess worshipping symbols and coded messages to confound the uninitiated… masterminded by the Knights Templar…these bizarre interpretations betray no acquaintance with the actual development or construction of Gothic architecture and correcting the countless errors becomes a tiresome exercise.  The Templars had nothing to do with the Cathedrals of that time… his wild distortions of documented history are only matched by his outlandish claims about controversial subjects.  But to a post-modernist, one constructed reality is as good as any other…Brown’s approach…seems a salad of a story,…for a gullible mass market audience.”
“Brown’s treatment of Mary Magdalene is sheer delusion…Brown likewise misrepresents the history of the Knights Templar.  The oldest of the military religious orders, the Knights were founded in 1118 to protect pilgrims in the Holy Land…In the end, Dan Brown has penned a poorly written, atrociously researched mess… ‘The Da Vinci Code’ takes ‘Esoterica’ mainstream…In making phony claims of scholarship, Brown’s book infects readers with a virulent hostility toward Christianity.  Dozens of occult history books, conveniently cross-linked by Amazon.com, are following in its wake.  Book sellers shelves are now bulged with falsehoods few would be buying without ‘The Da Vinci Code’ connection.”

Even Christians are confused
Westminster Theological Seminary has launched a robust website dedicated to presenting a factual response to the claims in Dan Brown’s runaway best seller and the movie, ‘The Da Vinci Code’.  Contributor John Garlow comments: “Never has a work of fiction spawned so much confusion and debate in the public square…Many committed Christians…are confounded by this book, and it’s not the lack of faith that trips them up; it’s the lack of knowledge about Christian history.”

Find out the truth
To find out more about ‘The Da Vinci Code’, Dr. Ted Baehr of Movieguide recommends this site: (www.thetruthaboutdavinci.com).  “This site adds accuracy credibility, and scholarship to the discussion.  It is an excellent online resource.  Bravo!”
Dr. Bill Edgar, Professor of Apologetics at Westminster, comments: “We want to provide a repository of thoughtful, Biblically based and historically accurate information…in a culturally relevant manner.”
Dr. Ron Rhodes, Professor at Biolo University, has written a 23-page analysis of ‘The Da Vinci Code’. Dr. Rhodes concludes that: “Even though Dan Brown claims his book is based on fact, his ‘facts’ turn out to be sheer fiction.  His theory is based on bogus documents; he misrepresents and misinterprets history and theology; he is willfully guilty of revisionism; he uses poor logic, he often makes misstatements; he engages in wild exaggerations and speculations; and hence – understandably – he draws faulty conclusions.  Crash goes ‘The Da Vinci Code’!”  Dr. R.C. Sproul, of Ligonier Ministries, describes ‘The Da Vinci Code’ as “pure fabrication.”
Erwin Lutzer, in his book: ‘The Da Vinci Deception’ cuts through the quasi-historical fiction of Dan Brown’s ‘Da Vinci Code’ with the historical facts about the origin of the Christian Faith.

Opportunity for Evangelism
‘The Da Vinci Code’ book and film provide Christians with an excellent opportunity for evangelism.  While people are discussing this fictitious story, which turns reality on its head, you have, with proper research, the opportunity to put the record straight and present the facts of history and the truth of Scripture.  “See then that you walk circumspectly, not as fools but as wise, redeeming the time, because the days are evil.” Ephesians 5:15 – 16