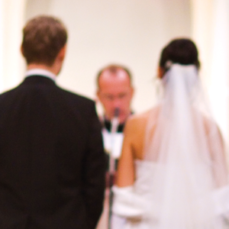 THE FUNDAMENTALS OF FORNICATION
Fornication: What does this old fashioned, almost extinct term in Christian vocabulary, even mean?
Fornication appears 32 times in 28 verses in the New Testament and comes from the Greek Porneia = any sexual sin. The Old King James version of the Bible uses the direct Greek translation while the New King James version often replaces ‘fornication’, with ‘sexual immorality’.
Fornication carries a two prong meaning: On the one hand it generally refers to any sexual immorality, including adultery.  However, symbolically, it stands for idolatry – forsaking the true God to worship idols; Jesus is the groom, the Church is His bride, so idolatry is like sexual unfaithfulness to a marriage partner. (Rev 2:21, 14:8)
It is imperative that this issue is brought back into the spotlight. Why? Because the Bible tells us that fornicators will not make it into heaven. “…fornicators…will not inherit the Kingdom of God” (Gal 5:19-21 & 1 Cor 6:9-10)

CHRISTIANITY AND FORNICATION ARE MUTALLY EXCLUSIVE
You cannot call yourself a Christian and a fornicator, they are mutually exclusive!
The Bible is crystal clear. The Church is called to be holy and fornication is not to be tolerated. Recent decades of Church leadership have all but failed the people of God. When is the last time you heard a sermon on fornication or sexual immorality? I’m convinced that one of the reasons sexual immorality is so rife in society today, is because the Church has abandoned its responsibility to confront the issue.
In a quest to gain and retain the old numbers/noise/nickels, many preachers have succumbed to popularity at the expense of righteousness. Not only should this subject be taught openly, it must also be addressed by leadership in congregational oversight. “Shepherd the flock of God…serving as overseers” (1 Pet. 5:2) Should a pastor learn of fornicators within his assembly, he should embrace the following approach:

His first responsibility is to graciously speak with them and show them in the Bible where they stand with God and admonish them to repent (repentance being a change of mind concerning conduct). Their eternal soul is at stake! God is loving, gracious and forgiving and will cleanse from all unrighteousness any who repent (1 John 1:9). Redemption must always be the priority. If a couple have been living together, they should be challenged to separate and encouraged to spend six months building a sturdy, personal relationship with Jesus. After that time, and by consent of the pastor, they can then recommence their non-physical relationship (courting) for the sole purpose of weighing each other’s character for a lifetime together in marriage.
If the couple is unwilling to separate, then they should marry immediately in a private ceremony with a few witnesses present. This is not to be a big church wedding with all the fanfare and trimmings as it will make a mockery of the Church and its moral values. That type of ceremony should be reserved for those who have consecrated themselves and waited.
If the couple have children and want to remain together, encourage them to marry immediately because God is not into breaking up families.
If none of the above is adhered to, it leaves the pastor with only one option – the couple must be asked to leave the church.
Here is the challenge to pastors, which underlines all of the above: “Do not keep company with sexually immoral people … put away from among yourselves that evil person” (1 Cor 5: 9-13). Those who are sinning rebuke in the presence of all, that the rest also may fear” (1 Tim 5:20).

‘GREASY’ GRACE
As a shepherd, the pastor carries a serious responsibility to protect the rest of the flock. Fornication, left unchecked, will allow an unclean spirit to spread like a disease throughout the congregation. Paul said that “a little leaven will leaven the whole lump” (Gal. 5).
So often the plea for trying to justify immorality is, “What about God’s love and grace and forgiveness?”  This is what I refer to as ‘greasy grace’. Yes, Jesus loves and died for sinners to rescue them. Yes, He forgives and cleanses the repentant sinner, but, after washing them clean by His blood, He wants them to stay clean and remain cleansed. Another cry is, “Judge not and be not judged!” My friends, judgment is to begin at the house of the Lord. How can the Church be the pillar and foundation of truth for society when it neglects to maintain uprightness within itself?
Over the years I have had the privilege of personally witnessing many who have given their hearts to Jesus and then, with the courage of conviction, disciplined themselves to live clean and consecrated lives. What a joy to see with time, these same once fornicating sinners, marry within the God-given margins of holiness, committing whole-heartedly to a lifetime together with God.

TILL DEATH US DO PART
Marriage should never be broken except by death. Marriage and divorce is another controversy that has seemingly gotten out of hand. Sadly the Church and many of its leaders of today have blatantly disregarded the clarity of God’s Word on marriage. This is exacerbated by well-known Church personalities who have unashamedly divorced without merit, and then, with flagrant disobedience to truth, married again. In Matthew 19, Jesus clears up the issue by reaching back into the Old Testament, where He quotes Genesis 2:24 “and the two become one flesh”. He then states categorically, “Therefore what God has joined together, let not man separate” (Matthew 19:6).

MARRIAGE SHOULD BE PERMANENT
God’s undeniable position is that marriage shall be permanent; the marriage contract is binding until death. It’s a lifetime contract. In fact the only legitimate reason for divorce is continued adultery.  Here is that vicious animal again – ‘fornication’. Although Jesus permits divorce, (Matt 19), He does not command it. Only in irretrievable cases of repeated adultery is divorce to be tolerated.
Jesus addresses the Pharisees who quote Moses as their justification for divorce.  In Matthew 19:7 the Pharisees asked Him: “Why then did Moses command to give a certificate of divorce?”
Jesus clarified Moses’ position by pointing to the “hardness of men’s hearts”. (Matt 19:9)  “He said to them, ‘Moses, because of the hardness of your hearts, permitted you to divorce your wives, but from the beginning it was not so’”.
Women in those times had no rights. If men disliked their wives they treated them with cruelty and abuse. So the certificate of divorce released her to leave and have a life again, reflecting the heart of God, granting liberty to the captive. Let me say it again, divorce is completely unacceptable, except for repeated adultery (fornication). “And I say to you, whoever divorces his wife, except for sexual immorality, and marries another, commits adultery; and whoever marries her who is divorced commits adultery” (Matt 19:9).
It must be stressed, hurtful and painful as it may be, that if one of the parties in a marriage falls into adultery, the other party should forgive him or her and seek to salvage the marriage. They should forgive them and then strive to win back their love and devotion. Even in the midst of failure, God is still committed to the marriage and its longevity!

WHAT IF I’VE BEEN DIVORCED AND REMARRIED?
Now I know that I’ve probably opened a can of worms. Perhaps you have already made the mistake and have remarried. What should you do? Should you break up again? No!
The first marriage is already destroyed by the second marriage – the second marriage has broken the first. So now God holds the second marriage binding. Never break the second marriage. Two wrongs don’t make a right. Confess the past disobedience, and walk in God’s forgiveness. Romans 8:1 says “There is therefore now no condemnation to them which are in Christ Jesus”. Friends, I write this as a man who once lived in the world, like the apostle Paul who described himself as the chief of sinners. Until Jesus rescued me I was a fornicator.  Today I thank God for the real men of God who preached the truth without apology and challenged my sinful lifestyle that was taking me to hell. Let those of us who have been entrusted remember James 3:1: “My brethren, let not many of you become teachers, knowing that we shall receive a stricter judgment”.