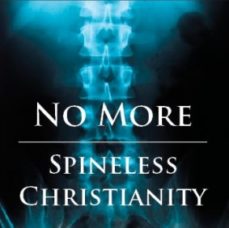 The Apostle Paul not only confronted sin but named specific sins when he preached. Why can’t we?
People often complain about angry preachers. I don’t like them either, and I agree that if a person mixes a sermon with hateful language (or if he believes God has called him to picket other churches), he’s in the wrong profession. Yet today we’ve jumped to the opposite extreme – now we are afraid to confront sin.
Offending the congregation
We can’t preach about materialism because we might offend rich people in the audience, as well as the poor people who buy lottery tickets every week.
We can’t preach about fornication because there are people in the church who are living together. We can’t preach about domestic violence because there are deacons who sometimes hit their wives. We can’t preach about homosexuality because our culture says it’s hateful to call that a sin. And the list goes on.
In fact, some preachers are avoiding the word sin altogether because it’s too negative. And we all know that the latest polls show people want a positive message.
Do you dilute the Gospel?
This temptation to dilute the Gospel has produced a new recipe for a trendy sermon. We start with some great motivational speaking (“Your past does not define your future!”), add a few quarts of cheap grace (“Don’t focus on your sin!”), pour in some prosperity Gospel (“Run to this altar and grab your financial breakthrough!”), flavour it with some trendy pop psychology (“It’s all about you!”) and voila! you end up with a goopy mess of pabulum that not even a baby Christian could survive on.
Producing an anaemic church
I’ve often wondered how the Apostle Paul would view our “positive” Gospel. Just before he was martyred, Paul gave his spiritual son Timothy clear instructions on how to keep his message on track. He said: “Preach the Word, be ready in season and out of season, reprove, rebuke, exhort, with great patience and instruction.” 2 Tim 4:2.
We’ve rewritten Paul’s words today. Our rule is, “Preach what the people want to hear! Avoid controversy! Stroke, soothe and pacify the people so they will come back next week!” Is it any wonder that this low-protein spiritual diet has produced an anaemic church?
Be confrontational
Paul’s preaching in the first century was unquestionably confrontational. He didn’t hold back from addressing sin, nor was he afraid to call sin what it is. Paul knew that a spineless Christianity would produce spineless Christians. He told Timothy that Biblical preaching would require three brave verbs:
1. Reprove
The Greek word here, elegcho, means ‘to convict, admonish or expose’ or ‘to show one his fault.’ The word can also mean ‘to scold’ or ‘to reprimand.’
Anyone who has ever been on the receiving end of a mother’s discipline knows that reproof can be the purest form of love.
2. Rebuke
The word epitimao means ‘to admonish strongly’ or ‘to charge strictly.’ The English definition means ‘to express sharp, stern disapproval.’ And the origin of the word means ‘to beat or strike.’
Screaming at people is not Biblical rebuke. But when was the last time you felt the Holy Spirit strike your conscience during a sermon?
3. Exhort
This is the gentlest of the three words. Parakaleo can be used to mean ‘to comfort’ or ‘to call alongside.’ It’s the same root word used to describe the Holy Spirit, who is our comforter.
True Biblical preaching not only exposes sin and warns us of its consequences, but it calls us to reach out to God for help to overcome our weakness. When we challenge sin we must provide a means of grace for deliverance and healing.
Calling sin by its name
I discovered that Paul confronted sexual sin head-on in ten of his thirteen epistles. He boldly called out adultery, fornication, sensuality and homosexuality in a culture that was saturated in hedonism.
After exhorting the Thessalonians to practice abstinence, he rebuked them sternly by saying that anyone who opposes God’s Laws about sex “is not rejecting man, but the God who gives His Holy Spirit to you.” 1 Thess 4:8.
Paul wasn’t trying to win any popularity contests, yet when he penned those tough words, he was speaking from God’s heart (with love) under the inspiration of the Spirit.
Be bold, not spineless
Let’s get rid of weak Christianity, spineless preachers and jellyfish morals. Let’s preach the message of the Bible, instead of a neutered version. Let’s not only point out sin, but also point people to the only hope they have of overcoming it – our strong Saviour, whose death on the Cross was the ultimate confrontation of sin. 

J. LEE GRADY is the former editor of Charisma and the director of the Mordecai Project (themordecaiproject.org). You can follow him on Twitter at @leegrady.