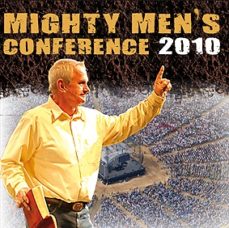 Mighty Mens’s Conference 2010
1) UNCLE ANGUS, THIS IS YOUR LAST CONFERENCE. WHY?
This is indeed our last Mighty Men’s Event. The reason for this is because the Lord revealed to me that 7 is the number of completion; the Lord made Heaven and earth in six days and on the seventh day He rested and said, ‘It’s complete and it’s good.’

Men are meeting all over the nation and there is a tremendous revival going on in the nation through the men of our land and we believe that God has completed this part of the work at Shalom. Every year I pray for direction and I believe this year the Lord said it must focus on: ‘watchman of the house.’ (From Ezekiel 3:17-19). God has called the men to be the watchmen over their house, their businesses, their farms, their provinces and ultimately the nation.

2) HOW MANY PEOPLE ARE YOU EPXECTINGH?
We are expecting 400 000 men from SA and the world. We encourage all men to register asap on our www.shalomtrust.co.za

3) WHAT IS THE FORMAT?
The gates of the farms will open on the Monday at 4pm to alleviate any congestion. The official meetings will start on Friday night and continue on Saturday morning, Saturday night and Sunday morning so that the men can fellowship around the campfires. I will be speaking and the same worship team that lead the praise and worship last year will be leading it this year with Joe Niemand as our solo singer. We will have camp commandants like we did last year, one man being in charge of approximately 30 000 men. There will be showers, toilets and campsites available on site.

4) THE LOGISTICS SOUND QUITE TRICKY…PLEASE GIVE US SOME IDEA OF WHAT’S INVOLVED
There will be coms for cell phones like last year. We are not anticipating any congestion at all. Most of the men bring their own food. All the campsites are numbered and a lot of that is done on the internet.

5) LAST YEAR YOU COLLAPSED. WHAT PRECAUTIONS ARE YOU TAKING THIS YEAR?
Last year, I did not collapse from exhaustion  as widely reported. I had two heart attacks from which God miraculously healed me. I do not anticipate collapsing this year and the precautions I take are the same every year and everywhere I speak. I’ll be spending lots of time waiting on the Lord for strength and for the message.

6) REFLECTING ON PREVIOUS MIGHTY MEN EVENTS, HOW WILL THIS ONE BE DIFFERENT?
It will be different because it is the last one and the biggest one. We have never been so excited. This will be the biggest Christian event that has taken place in South Africa!

7) WHAT DO YOU HOPE THE OUTCOME WILL BE?
We hope that the men will take more responsibility in their homes, in their businesses, on their farms, in society and in the government, especially in the area of moral standing and also protecting their families and leading from the front.

8) WHAT IS NEXT ON THE HORIZON FOR UNCLE ANGUS?
This year alone we are having another MMC in Perth, Australia and we are expecting up to 14 000 men to attend from the 26th – 28th of February. We are going to Ireland from the 9th  – 13th of June, and to London. We anticipate Men’s conferences all over the nation in different areas and different provinces where I’ll go as the speaker.

I’ll continue to preach on television 8 times a week and am still writing books, and of course, available for whatever the Lord wants to do in my life. I’m definitely not retiring! There is no such thing in the Bible and I’m not at all feeling that way inclined. In fact I am just coming to the prime of my life. I’ve passed the baton on not because I can’t carry it but because I’ve got a bigger one to pick up. 