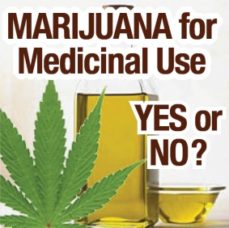 Earlier this year, the South African government announced its intention to table a bill legalising the medical use of marijuana. The obscure announcement followed a special plea to Zuma by Inkatha Freedom ­Party MP Mario Oriani-Ambrosini, who was last year diagnosed with stage 4 ­cancer, to consider making it legal in South ­Africa to use medicinal marijuana, ­saying not to do so would be a “crime against humanity”.
While tempers often flare in parliament during fiery debates between the ruling ANC and opposition parties, ­Ambrosini’s moving address drew a standing ovation from all members of the house…and so began the campaign by alternative medicinal practitioners, happy hippies and wayward teenagers to see the drug legalised.
A trendy topic in popular culture
Social media has since been awash with petitions and blogs calling for the legalisation of cannabis for both medicinal and recreational use. With Obama pushing legislation in this direction, the USA spearheads the cultural trend, as state after state legalise the drug. Magazines are filled with stories of people who have utilised cannabis for pain relief, even some Christians are touting its benefits, with many claiming stories of friends who used it safely and to great effect. But is there another side to the story? Is this indeed a “gateway” drug that, should it be legalised for medicinal use, would create new addicts and worsen drug and crime rates in our country?
The arguments for and against
Proponents of medical marijuana argue that it can be a safe and effective treatment for the symptoms of cancer, AIDS, multiple sclerosis, pain, glaucoma, epilepsy, and other conditions. They cite dozens of peer-reviewed studies, prominent medical organisations, government reports, and the use of marijuana as medicine throughout history. Medical cannabis can be administered using a variety of methods, including vaporising or smoking dried buds, eating extracts, taking capsules, applying its oil or using oral sprays.
Opponents of medical marijuana argue that it is too dangerous to use, lacks FDA-approval, and that various legal drugs render marijuana use unnecessary. They say marijuana is addictive, leads to harder drug use, interferes with fertility, impairs driving ability, and injures the lungs, immune system, and brain. They further state that medical marijuana is a front for legalising recreational use – and propagates the growth of a black market.
Conclusive evidence to the contrary
The recreational use of cannabis is illegal in most parts of the world, but the medical use of cannabis is legal in Austria, Canada, Czech Republic, Finland, Germany, Israel, Italy, the Netherlands, Portugal, Spain and parts of the USA. Perhaps the last word should be given to The Institute of Medicine in America who conducted a comprehensive study assessing the potential health benefits of cannabis, concluding that the smoking of cannabis is not to be recommended for the treatment of any disease condition, and  further finding its addictive side-effects harmful and not worth the potential medicinal benefits. 

Do you know anyone who has used medicinal marijuana and had a positive experience?
Can Christians use it (medicinally)?

Why it is dangerous – a drug rehab speaks out
While the entertainment industry glamorises marijuana and other drugs in movies and magazines, it often sidesteps reality. Scientists at the National Institute on Drug Abuse warn that the effects of pot on the developing teenage brain include a potential 8-10 point drop in IQ over time. They also note that users are likely to become dependent, physically or psychologically.
The catastrophic impact of drunk drivers on innocent people is well documented, do we really want to encourage people under the influence of marijuana to get behind the wheel of a car and hurt other innocent people?
For Pastor Sophos Nissiotis, the founder and director of Noupoort Christian Care Centre, “the notion of legalising marijuana for medicinal purposes is a total farce and hides the intention to eventually legalise the use of cannabis for financial gain. The attempt to legalise cannabis for medicinal purposes should be challenged and resisted in the Constitutional Court. My take on cannabis is that it is a dangerous, deceptive drug on planet earth.”
• Phase one starts out harmlessly enough with laughter, social bliss and hunger.
• Phase two leads to a “relaxed” state, philosophising and social interaction.
• Phase three progresses to a state of paranoia, suspicion and anti-social behaviour even towards family and friends.
• Phase four leads to psychiatric assessment with the use of psychiatric drugs such as anti-depressants and mood stabilisers or street drugs such as Ecstasy, Cocaine, Methamphetamine and Crack which leads to the downers Mandrax and Heroin. Any and every addict that has been on cannabis for a number of years will attest to the above.

Though research on the benefits or harmful effects of marijuana for medicinal use is limited, extensive research has been done on the harmful effects of cannabis on the individual.
Noupoort Christian Care Centre compiled a report detailing the dangers of the drug. Mrs Yda Krijgsman, Chief Social Worker (Registered by the Council of Social Services Profession), has 35 years experience in the field of addiction. Here are a few points from her report that expose the effects of dagga:
• Gateway drug: nicotine is the gateway in primary school learners. Dagga is introduced to the nicotine smokers usually in high school
• Some like it and keep on smoking it. Some don’t like it [and move on to other drugs or abandon it completely]
• When moving onto party drugs – dagga is often in the mix
• When going on to “uppers” dagga is used to “calm down”
• When introduced to a Heroin/Dagga mix “Nayope”, physical addiction sets in.
• Dagga makes some smoker’s senses enhanced, others just become lethargic, lazy and lacking ambition
• Dagga brings about psychosis in some smokers
• Hydroponically cultured dagga is potent (taken a lot in Britain by SA youth doing a gap year)
• The “laughs” and “happy feeling” initially changes and smoker becomes addicted, antisocial and ungroomed
• Different strains of dagga are more potent and more costly.” 