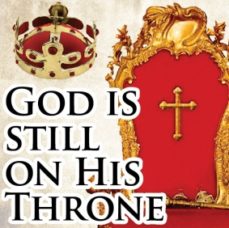 The words of Jesus speak to our reality today; ‘In this world, you will have trouble…’ The television news shows, blogs, newspapers, columnists and experts, are all consistent around reporting one common theme: they all predict serious challenges on every level in the future.
Here is what some of these people are saying:
Expect more natural disasters: There have always been natural disasters but it’s the frequency and scale that give rise to concern. The relief organisation, World Vision, recently published what they considered to be the five worst Natural Disasters of 2013. There were typhoons in India and the Philippines (Typhoon Haiyan and Phailin) which killed thousands and displaced millions.
There was also the earthquake in the Philippines just three weeks after the typhoon which killed hundreds and displaced around 350 000 people. The United States was struck with tornadoes – one wreaked havoc through Oklahoma City damaging two schools and killing many. Then in North Texas, as many as ten twisters touched down with disastrous consequences.  An expert has said regarding the flooding in England that people should get used to this because “this is the future”.
Expect more economic problems: While in parts of the world there is optimism about a recovery from the last few years of economic woes, in many other parts, unemployment is increasing, desperation is growing and civil unrest is spreading as a result. Many say the worst is still to come.
Expect more political problems: We only have to turn on our televisions to see this! Many places are an ongoing nightmare for millions of people; North Korea, South Sudan, the DRC, Brazil, Iraq and Iran and lately the Ukraine with Russia breathing down its neck, to mention a few.
These things are nothing new
It is true to say that these challenges are nothing new and that the cycles come and go. But it is widely recognised that the frequency and scale is increasing.
Jesus’ words, “in this world, you will have trouble” are proving true!
In that same verse however Jesus states that He is saying this, not to make His people fearful or negative but that His people may know “peace” and be assured that “He has overcome the world”.
So how does the Christian respond as they see these things increase in the world? How do we encourage one another?

We remind ourselves that
1. God is still on His throne:
The Lord Jesus encourages His followers; “Fear not, I have overcome the world.”
We are reminded in the letter to the Hebrews that; “Nothing in all creation is hidden from God’s sight. Everything is uncovered and laid bare before the eyes of Him to whom we must give account.” Heb 4:13.
The message of the Bible is that we serve a Sovereign God who knows the end from the beginning and is never taken by surprise by world events. Likewise…He is fully aware of the happenings in our individual lives.
The media seldom mention God and His will or His plans for the future. Our future, according to these people, is in the hands of politicians, economic forces, the will of the people and just plain good or bad luck.
But as Christ-followers, we recognise that our perspective is always limited. There is a bigger picture that we often do not see. God is still on His throne and His plans and purposes will prevail. All of history is heading towards the day when “every knee will bow and every tongue confess that Jesus is Lord.” Phil 2:10-11.
The Psalmist captures this beautifully in Psalm 2: “Why do the nations conspire and the peoples plot in vain? The kings of the earth rise up and the rulers band together against the Lord and against His anointed, saying: ‘Let us break their chains and throw off their shackles.’”
“The One enthroned in Heaven laughs; the Lord scoffs at them.” Ps 2:1-4.
2. We are still the objects of His love and grace
No matter what the future may hold with all its potential pitfalls and challenges, the message of the Lord Jesus and all of Scripture is that He loves us and cares about us more than we can ever understand.
The prophets of the Old Testament looked at their world with all its problems, recognised that much was the consequence of sin and rebellion, and yet spoke hope and forgiveness into it. Their message was mostly ignored and rejected, but the offer always stood. In our increasingly secular world, where the message of the Bible is no longer taken seriously, mostly ignored and even opposed, believers take our Lord’s invitation and warning seriously.
“Seek the Lord while He may be found; call on Him while He is near. Let the wicked forsake their ways and the unrighteous their thoughts. Let them turn to the Lord, and He will have mercy on them, and to our God, for He will freely pardon.” Is 55:6-7.
The message of the Lord Jesus is that His people can know peace, even in a world of trouble, because His love never changes. His grace is always sufficient. The key is to turn to Him and to live dependent on His love and grace.

Here is a precious promise:
“Let us then approach God’s throne of grace with confidence, so that we may receive mercy and find grace to help us in our time of need.” Heb 4:16.

3. Jesus is still Saviour and the world’s only hope
Jesus assures His disciples with these wonderful words “fear not, I have overcome the world.” He directs the attention of His disciples, away from other solutions, towards Himself.
Throughout the letter to the Hebrews, written to believers who were suffering persecution and hardship, there is this repeated directive, “consider Jesus”, “fix your eyes and thoughts on Him.”
“Therefore, since we are surrounded by such a great cloud of witnesses, let us throw off everything that hinders and the sin that so easily entangles. And let us run with perseverance the race marked out for us, Fixing our eyes on Jesus, the Pioneer and Perfecter of our faith. For the joy set before Him, He endured the Cross, scorning its shame, and sat down at the right hand of the Throne of God. Consider Him who endured such opposition from sinners, so that you will not grow weary and lose heart.” Heb 12:2-3.
In an uncertain world, we fix our eyes on Jesus who is ‘the same yesterday and today and forever’.

4. The Lord will return and make all things new
The Lord Jesus lived and announced and introduced the Kingdom of God. He will return, this time to preside over the Kingdom. The day is fast approaching when Jesus shall reign.
Sinful mankind, blinded by satan, drunk with power, pursuing wealth, believing themselves to be beyond the things of God, will see that Jesus is Lord and every knee will bow and acknowledge that fact.
“For the Lord Himself will come down from Heaven, with a loud command, with the voice of the archangel and with the trumpet call of God, and the dead in Christ will rise first. After that, we who are still alive and are left will be caught up together with them in the clouds to meet the Lord in the air. And so we will be with the Lord forever. Therefore encourage one another with these words.” 1 Thess 4:16-18.
As believers we live with this tension – we are in this world but not of it. We are affected by world events. We are not exempt. Believers also struggle and suffer and face hardship. The history of the Church is to a large degree one of suffering. There is more persecution now than ever before.
Yet, Jesus promises that He is always with us. There is a day coming when the trumpet will sound and God’s people will meet the Lord and be with Him forever. So now we live with the awareness that “in this world we will see trouble” but at the same time we recognise that our hope and trust is in Him who has “overcome the world.”
The words of the Psalmist give us courage and perspective:
“I lift up my eyes to the mountains- where does my help come from? My help comes from the Lord, the Maker of Heaven and earth. He will not let your foot slip – He who watches over you will not slumber; indeed, He who watches over Israel will neither slumber nor sleep.” Ps 121:1-4. 