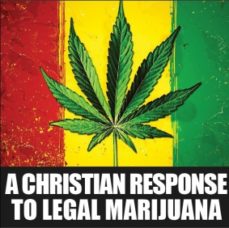 Earlier this year, the Cape High Court ruled that the ban on marijuana was unconstitutional. The court declared parts of the Law on Drugs and Drug Trafficking and the Medicines and Related Substances Control Act in violation of the Constitution in so far as it violates the private use of dagga for personal purposes. This ruling means that adults can now own, grow, and use dagga in the privacy of their home or property. However, it is still prohibited to sell or use it in public.

Confusion abounds
Response in the country is varied, with many people who are in favour of the verdict due to the medicinal benefits of marijuana, and others who are upset and disappointed about this. As Christians, we need to turn to Scripture when faced with such issues, rather than be led by the general public’s opinion.
Worldwide  we see more and more nations legalising marijuana for medicinal use; these include the following countries: Canada (2001), Australia (2016), France (2013), Romania (2013), Chile (2015), Czech Republic (2013), Colombia (2015), Jamaica, and many more. Uruguay was the first country in the world to legalise the cultivation and sales of marijuana for medicinal use as well as recreational drug in 2014.