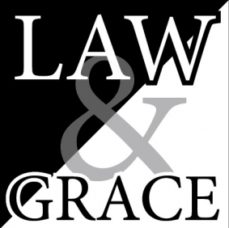 I HAVE HEARD IT SAID THAT THE teachings of most of the world’s religions can be summed up in one small word: “Do.”  “Do this and do that, and perhaps God (or the gods) will be merciful to you.”
Only Christianity says: “Done!”  The last words of Christ on the Cross were: “It is finished.” – John 19:30. In Greek the expression is “Tetelestai!” -“It is accomplished!”  Christ has paid it all.
There is nothing you can do to attain salvation, because Christ has already done it all.  Every pagan religion in the world sings this hymn: “Something in my hands I bring.”  Only Christianity says, “Nothing in my hands I bring.  Only to the Cross I cling.”
The only thing that remains for you to do is accept by His grace what Christ has done for you – the salvation He offers you.  Salvation, you see is by grace and grace alone.
God Almighty has given His own Son to endure the requirements of justice, to pay the legislated penalty, to suffer infinitely in our stead.   And now all those who come to God empty-handed, abandoning all trust in their own goodness and clinging to Christ’s Cross, will be granted mercy.  You will be adopted into His family, allowed to adopt His Name, given a place in His will, and allowed entrance into Paradise.  That is the wonder of grace.
Sadly, the vast majority of people today – if they have heard the Gospel at all – have it back to front.  They may even be Christians, in that they have surrendered their lives to Jesus Christ and trust in His atoning sacrifice on the Cross to cover their sins.  And so, while they have salvation and an eternal place with God, they seemingly have no power in their lives to live as Christians now, glorifying God with righteous living.  This situation exists today for too many believers because they have reversed something about the Gospel.  And so they are left with frustration, failure, shame and guilt, wondering why the message of the Gospel “won’t work” in their real experience.

The Ten Commandments are the foundational Laws of righteous living given to us by the Almighty.
The Bible contains basically two elements: Law and Gospel.  Unless we get these in the proper relationship, one to another, we will not find ourselves in right relationship to God.  Our life will not “work” and our Christian experience will be marked by frustration and failure.  For those who have not even recognised God’s Laws for the good advice for living they contain; for those who have broken the Law of the Living God who made us – which is every one of us – God nonetheless offers His mercy and His grace.
God welcomes us, who hated and rebelled against Him, as His own sons and daughters…if we will come and bow before Him and confess our crimes of rebellion.  Then is the gift of eternal life ours.  The good works of man have never been “enough” to cover the sin and rebellion of man.  Only the sacrifice of Jesus Christ – His Blood shed on the Cross – has been enough to pay for our atonement.
Only after you and I have received the gift of eternal life…only after we have trusted utterly in Christ’s sacrifice for us, and nothing else…only after having been redeemed…only after we have been adopted into the family of God, do we find that the commandments of God show us how we may please our Father, who has done this great thing for us.
Constantly, I hear frustrated, defeated Christians saying such things as: “Well, I’m trying to keep the commandments.  I’m doing the best I can.”  The Laws of God are there simply to show you how to be a ‘good’ Christian.  That is, how to please and bring glory and honour to God.
If you have not entered into a covenant relationship with God, accepting His offering of love – which is the Blood of Christ – then no amount of ‘acting’ will make you His, no matter how ‘good’ you may behave.
For those who have entered the covenant relationship with God, through faith…getting in right order the relationship of the Law to the Gospel is also incredibly important.  If we do not, our lives will be needlessly marred by a sense of striving, frustration, and condemnation…when what we are offered, as a blessing, is peace with God.  Before the first words of command were uttered to us, God said:  “I am the LORD your God, who brought you out of the land of Egypt, out of the house of bondage…” – Exodus 20:2.  He is, first and foremost, God.  And He is our God, if we bow the knee to Him.  Then as He commands us, there is an implicit “therefore.”  “You shall have no other gods before Me” – Exodus 20:3.
In all of the world religions, man endeavours to reach up and somehow find God.  Only in Christianity, however, do we find God reaching down to man.
Grace has been poured out by God to bring us to Himself.  Without grace, we cannot come.  And without grace, we cannot continue with Him.  Grace is that wondrous gift given to those who have nothing to pay; to those who do not deserve it at all.
God, the Judge of all the earth – who is not only Judge, but Sovereign Ruler as well – extends mercy and pardon.  That is grace.  He also extends to us help…the grace to live righteously according to His Laws.  That is grace also.  It is the whole wondrous news of the Law and the Gospel together.  When we try to live by the Law first, we kill the real work of grace within.   The Law is our condemnation,  the Gospel of grace is our salvation.  The Law condemns, the Gospel justifies.  The Law convicts, the Gospel of grace relives.  The Law says “Do”, the Gospel says “Done.”

DR. JAMES KENNEDY is the Senior Pastor of  Coral Ridge Presbyterian Church and the President of the Evangelism Explosion International.