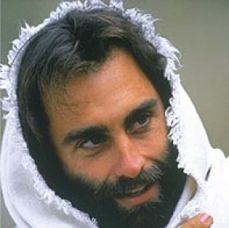 Jesus The Greatest Man Who Ever Lived

“He was born in an obscure village, the child of a peasant woman.  He grew up in another village, where He worked in a carpenter shop until He was thirty. Then for three years He was an itinerant preacher. He never wrote a book. He never held an office. He never had a family or a home.   He didn’t go to college.  He never visited a big city. He never travelled two hundred miles from the place where He was born.  He did none of the things that usually accompany greatness.  He had no credentials but Himself.  He was only thirty-three when the tide of public opinion turned against Him. His friends ran away. One of them denied Him.  He was turned over to His enemies and went through the mockery of a trial.  He was nailed to a cross between two thieves.  While He was dying, His executioners gambled for His  garments, the only property He had on earth.  When He was dead, He was laid in a borrowed grave through the pity of a friend. Nineteen centuries have come  and gone, and today He is the central figure of the human race. All the armies that ever marched, all the navies that ever sailed, all the parliaments that ever sat, all the kings that ever reigned, put together, have not affected the life of man on this earth as much as that one solitary life.”

THERE IS NO DOUBT THAT JESUS Christ is the greatest man who has ever lived in all of history.  He changed the world forever.  When He was born, He transformed the very way we measure time.  He turned aside the river of the ages out of its course and lifted the centuries off their hinges. His birthday, His Incarnation, touched and transformed time.  Now the whole world counts time as Before Christ (BC) and AD (Anno Domoni – in the year of our Lord).  Jesus Christ is the central figure of history.  More books have been written about Jesus Christ than any other person in history.

The world before Christ was a world without hospitals, a world without charity, a world without respect for the sanctity of life.  Hospitals were an innovation of Christianity.  Hence the healing symbol of a cross represents hospitals. The nursing profession was founded by Christians, such as Florence Nightingale, out of devotion to Christ. One of history’s greatest humanitarian movements, the International Red Cross, was founded by Christians in response to the Scriptural injunctions to care for the sick and the suffering. Christians such as Dr. Louis Pasteur have fuelled some of the greatest practical advances in medicine.  Pasteur has probably saved more lives than any other individual in history through his inventions. The whole concept of charity was a Christian innovation. Benevolence to strangers was unknown before Christ.