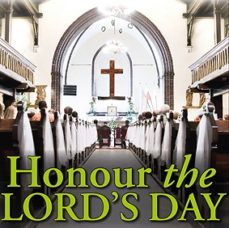 Never before in history have so many people been so busy. No other generation has had so many labour-saving and time-saving devices, and yet it would appear that our generation is one of the most rushed and frantic generations in all of history.

One would have thought that with our covenience stores, electrical appliances, drive-through car washes, computers and cell phones that we would be less rushed and have more free time, yet this is not the case!

stressed and exhausted?
Our culture is so determined to cram every minute full of frenzied activity. Studies indicate that every year Western people spend less and less time with their spouses, their children, their neighbours and with God.
In the materialistic rat race there is a constant frantic striving for more: more possessions, nicer homes, better cars, consistent holidays and luxuries.
There is a desperate desire to fill empty lives with noise and stimulation: films, DVDs, music, magazines, the internet, playstation, IPODs, Mix-it and FaceBook. Our lives are being flooded and swamped by a tsunami of stimulation, noise and temptation!
Time and again one hears the complaint: “I’m so tired!” People are continually complaining of being emotionally drained, physically fatigued, and spiritually empty. Burnt out! People are stressed, exhausted and restless.

Read the Handbook
Generally, when an electrical appliance, a vehicle, or a computer malfunctions we turn to the manufacturer’s handbook to read the instructions. In the same way it would be wise for us to re-read the Creator’s Manual. In His Ten Commandments we will find the solution to most of our problems – if we would only do what God has already commanded, we would save ourselves much grief.
“If you turn away your foot from the Sabbath, from doing your pleasure on My Holy Days, and call the Sabbath a delight, the Holy Day of the Lord honourable, and shall honour Him, not doing your own ways, nor finding your own pleasure…then you shall delight yourself in the Lord; and I will cause you to ride on the high hills of the Earth, and feed you on your heritage of Jacob your father.” Isaiah 58:13-14
We are all given 52 weeks a year, seven days a week and 24 hours in each day. The question is: what are you doing with the time that God has given you? Are you expending and investing it in the way that He wants you to? Anyone who violates the Fourth Commandment is missing out on tremendous blessings and refreshment in the Lord.
Great joy comes from taking time each week to devote to searching and studying the Scriptures, focusing on God in prayer and worship, enjoying fellowship with other Christians.
“Surely My Sabbaths you shall keep, for it is a sign between Me and you throughout your generations, that you may know that I am the Lord that sanctifies you.” Exodus 31:13

Call the Sabbath a Delight
Antinomians may hate the Fourth Commandment, legalists may make it unpleasant, however a dedicated Christian should delight in the Lord’s Day. The Fourth Commandment is pastoral, and protective. It is an eternal moral Law. A gift from God at Creation, which was later made a Commandment from God as well. This day of rest and refreshment was to benefit servants, visitors and one’s animals as well (Exodus 20:8-11). This Day of Rest was given as a reminder that God is the Creator and the Redeemer. Setting aside the first day of the week as a special day is good for our spirit, mind and body. We need time set aside for relaxation, reflection and restoration. It is a matter of rhythm and routine, but also a matter of revelation and remembrance of the Lord’s great work of Creation (Exodus 20:8-11) and Salvation (Deuteronomy 5:12-15).
“Let us consider how we may spur one another on toward love and good deeds. Let us not give up meeting together, as some are in the habit of doing, but let us encourage one another…” Hebrews 10:24-25
By ordering our week to set apart the Lord’s Day as a special day for the family to rest and to worship the Lord – we proclaim to the world that Jesus Christ has risen from the dead and He is Lord of our lives.
Resting one day in seven is also healthy – spiritually, emotionally, physically and economically. It is good for business, good for families and good for any country. God has given us this commandment, like all of His other Commandments, for our benefit: not only of Christians, but of society in general.
D.L. Moody observed: “No nation has ever prospered that has trampled the Sabbath in the dust. Show me a nation who has done this and I will show you a nation that has got in it the seeds of ruin and decay…”

a reminder of the creator
As Christians, we should repent for allowing the Lord’s Day to become so encroached upon and desecrated by shopping, sports and worldly entertainment.
The French revolutionary, Voltaire, declared: “If you want to kill Christianity, you must abolish Sunday.”  The seven-day week came from Old Testament sources and spread through the Christian influence. The seven-day week is a powerful testimony to the fact that God created the world in six days and rested on the seventh.
The fact that Sunday, the first day of the week, is our Day of Rest, instead of the Jewish Saturday, is a weekly reminder that Jesus rose from the dead on the first day of the week.

focusing on the lord
The early church fathers, long before Constantine, taught that Christians were to set aside the first day of the week as the Lord’s Day. These included Polycarp and Barnabas. Justin Martyr, in A.D. 150, wrote: “Sunday is the day on which we all hold our communion assembly, because Jesus Christ, our Saviour, on the same day arose from the dead.”
The Lord’s Day is an opportunity for us to stop, turn away from all the things of this world, and regain spiritual perspective by focusing on God, His Word and His will.
“And upon the first day of the week, when the disciples came together to break bread…” Acts 20:7. On the Lord’s Day rest is crucial for the health of our souls, and a vital part of our Christian witness. We are commanded to remember the Sabbath, and to keep it. The Hebrew word for ‘keep’; means more than to retain or maintain it, but also to honour an appointment.

our appointment with god
The story is told of James Garfield, who went on to become President of the United States. At one point when he had been appointed president of a large corporation he was informed of an important meeting the next day. He replied: “I’m sorry; I won’t be able to be there.” His aides insisted that this was a very important matter, however Garfield shook his head and reiterated: “I’m sorry, but I have a previous appointment. I cannot make it.” When they pressed him to understand what appointment could be more important than this, he explained: “I have an appointment with the Lord God Almighty tomorrow at 10h30, in His house, at His table, and I will be there.”

A Necessary Pause
It has frequently been said that “as goes the Sabbath, so goes the nation.” Many may wonder how a Day of Rest could possibly be that important? Well, the Lord’s Day promotes an awareness that God, His Ways and His Laws are important to all of us.
Eric Liddell, the famous Olympic gold medallist whose refusal to run for the main Olympic race on a Sunday was the subject of the film ‘Chariots of Fire’, observed: “There are many people today who think of those who honour Sunday in the old fashioned way as killjoys. They feel that during the years of youth they ought to have a chance to have their ‘fling’. Give me the Day of the Rest, when all the savours of organised games can be put to one side, and all of life’s joys will be greater because of it. To me it is a time of fellowship with God – a time of quiet, a time of recreation and fellowship with God. I believe that Sunday, as we have had it in the past, is one of the greatest helps in a young man’s life to keep all that is noblest, truest and best…”
Eric Liddell went on to win an Olympic gold medal for a race he had not specifically trained for, and then became a successful missionary to China, courageously dying in a Japanese concentration camp during World War II.

the sabbath is a testimony
When we get up, get dressed and go to Sunday morning worship, we are joining hundreds of millions of people all over the world in testifying to the fact that Jesus Christ rose from the dead. Nothing else could explain the move from the Jewish seventh day Sabbath to the Christian Lord’s Day on the first day of the week. Nothing other than the victorious Resurrection of Jesus Christ from the dead would explain the unique institution of Sunday as a Day of Rest.

Works of Mercy/ Necessity
Of course, our Lord Jesus taught that it is good and right to do works of mercy and necessity on the Sabbath (Matthew 12:11-12). Christians have always recognised that. There are necessary emergency services such as those that are performed by fire fighters, paramedics, doctors, nurses and policemen. The point is – the Lord’s Day should be a special day without any commercial activities. We are to make every effort to ensure that the minimum number of people are forced to work on Sundays. Many Christians have lost jobs, or failed to obtain jobs for their principled stand on not being willing to work on Sundays.
Nobody should be forced by legislation to go to church on Sunday, but it would be right for governments to make legislation to keep people free from commercial obligations on Sunday. The Sabbath is a day for Spiritual growth, a day to help us establish our priorities and to demonstrate our obedience to the Lord. It is a dramatic and significant day of testimony, helping to show commitment to the Lord, and prove the sincerity of believers to neighbours, relations and doubting children. Obedience is more eloquent than any words.
Neglect of the Lord’s Day includes a whole family of offences, including lack of commitment, unspiritual priorities, neglect of devotions, and disobedience to practical duties for Christian living. The Lord’s Day leads the way in establishing the believers’ attitude to all these matters.
Those who honour the Lord’s Day will live longer, be happier, enjoy better health, and their relationship with the Lord will be vastly deepened and strengthened.
Jesus invites us: “Come to Me, all you who labour and are heavily laden and I will give you rest.” Matthew 11:28