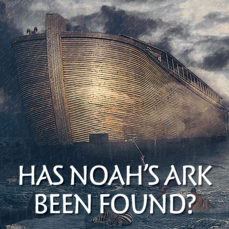 There is significant evidence proving that the remains of Noah’s Ark have been found in Urartu, the Biblical Ararat, a region in eastern Turkey. In late 1986, the governor of the area decided to officially recognise the formation as Noah’s Ark. This is a site where one can go and see the remains, so why has most of the Christian world not heard of it?
Whatever your conclusion about the location of the ark; the flood and the ark is a sign to mankind that God punishes sin and that mankind needed to be redeemed. In Jesus Christ, God has provided the sacrifice so that we may be reconciled to Him. Every person has a choice to make: Do I accept God’s salvation plan – like Noah – or do I live as if there will never be a Judgement Day?
…pick up the April issue of JOY! to read the full story, on sale now!