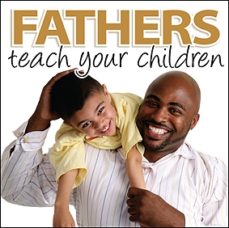 Father’s Teach Your Children
The fourth chapter of Proverbs contains a beautiful picture of three generations of fathers passing along Godly wisdom to their sons: King Solomon taught his sons, and he remembered his father, King David, who taught him at a tender age. Each was taken under wing by a loving father and given instruction to prepare him for manhood. “Listen, my sons, to a father’s instruction; pay attention and gain understanding.  I give you sound learning, so do not forsake my teaching.  For I too was a son to my father…Then he taught me, and he said to me, ‘Take hold of my words with all your heart; keep my commands, and you will live’.” Prov 4:1-4.

Cherish wisdom
Proverbs is especially useful to prepare young men starting out in life, but we can apply it broadly to any parent-child instruction. A few years ago, author Gordon Dalbey led a men’s retreat and he told us a story about a Catholic nun who worked in a men’s prison. One day, she said, a prisoner asked her to buy him a Mother’s Day card for his mother.

She did, and the word got out to other prisoners, and pretty soon this nun was deluged with requests, so she put in a call to Hallmark Cards, who donated to the prison several large boxes of Mother’s Day cards. The warden arranged for each inmate to draw a number, and they lined up through the cellblocks to get their cards.
Weeks later, the nun was looking ahead on her calendar, and decided to call Hallmark again and ask for Father’s Day cards, in order to avoid another rush. As Father’s Day approached, the warden announced free cards were again available at the chapel. To the nun’s surprise, not a single prisoner ever asked her for a Father’s Day card.

This is a grim picture. Something has gone terribly wrong. Why are there so many deadbeat dads? Why have so many young men and young women been wounded by the absence of a father – a father who has been either physically or emotionally absent, perhaps both. Others have been deeply hurt by the presence of an abusive father.

Dalbey refers to this phenomenon as the ‘father wound.’ I believe that many of us have been wounded to some extent by one of our parents, because none of us had parents who loved us perfectly.

Throughout Proverbs it may be seen that two schools are vying for the hearts of your children. One is the School of Godly wisdom and the other is a School of Folly, which is full of the world’s wisdom.

There is a lot at stake, because enrolled in the School of Folly are those who want to take your child for a fast ride downtown – on the broad way that leads to destruction. They are the party crowd, the drug dealers, and gang members.

Through peer pressure and the bombardment of the media, it’s very difficult for your child to avoid this crowd, which presents a ‘counterfeit masculinity’ and ‘counterfeit femininity’.

Identifying the counterfeits
Counterfeit masculinity says, “You need to drink a six pack to be a man. You need a sexual encounter with a woman – even if you don’t know her, even if she’s just a fantasy image on your phone or computer.”

Training your sons and daughters
In Proverbs 22:6 Solomon tells us, “Train up a child in the way he should go, and when he is old he will not turn from it.” But what happens if you did all the right things, you did your best as a parent, and your child goes astray? The first thing to realise is that Proverbs are not promises, they are probabilities. Proverbs 22:6 is not a promise from God. It describes what usually happens if you train your child in God’s ways.

But your child also has a free will. Despite your best efforts, he/she can choose to go down the path of folly.

Godly wisdom brings about that result through the best means possible. Solomon became one of the wisest men who has ever lived. But he was not born that way. As a result of his father’s teachings, apparently Solomon felt he needed wisdom, so he asked for it (1 Kings 3:5).
It is estimated that Solomon was about 20 years old when he prayed this prayer. Now how many of us, if God asked us at age 20 for anything we wanted, would ask for wisdom?

Failing to teach your children, leads them along the wrong path
If you are a father, recognise that the dark side wants to step into the void with your son or daughter if you’re absent. A loving mother counts for a lot, but she can never be a father. That’s why men in the church need to reach out and help support single moms by coming alongside their sons.

There comes a point in a boy’s life, about 12, 13 or 14, when he needs other men in the church or the community to pull him into the world of men. He needs other men to train him in some life skills. He needs a father or a father-figure to tell him he has what it takes to be a man.

Some men wait for validation by their fathers into their twenties or thirties. Not getting this, they enter into a prolonged adolescence. They fill the void with other things.

Family devotions
I started leading family devotionals in our home when our boys were small. When our son Sam was 14 and his brother, Nate, was 11 or 12 we had a devotional every Saturday morning on the Book of Proverbs. Family devotions can be challenging, to say the least. There were many times I could tell they didn’t want to be there.

Later on as teenagers, they would plunk themselves down on the couch, slink down, pull the hood of their sweatshirts over their heads so I could hardly see their faces…and I wondered to myself, ‘Is this doing any good?’ I called Sam this week and asked him if he could remember anything from that study we did together on Proverbs (It was 10 years ago, so I wasn’t expecting too much). He thought for a minute. Then he said, “I remember talking about the sluggard…that it’s important to work. I remember we talked about what to look for in a woman, from Proverbs 31.”  The fact that he remembered this truth after 10 years made me very happy.

The father’s responsibility
Fathers, you have been given a responsibility to teach your children. Moses gave the command in Deuteronomy 6: “These words which I command you this day shall first be upon your heart; and then you shall teach them diligently to your children.” He said to talk about them when you sit at home and when you walk along the road. My wife Sally and I would look for teachable moments. If we had an argument with them or there was a power struggle going on, that would not be the time to teach or preach at them. A much better opening was in the moments before they went to sleep at night. At this tender, more vulnerable part of the day, perhaps a morsel of truth could be imparted.

Fathers, don’t leave this responsibility to the school system. Don’t leave this responsibility to the pastors of the church, no matter how gifted they are. If a son or a daughter doesn’t have your engagement and involvement and tender embrace…if they don’t hear the words “I love you,” your distance will cause them to act out in inappropriate ways.

The only memory of my father actually saying the words, I love you, was when I was 49 years old, lying in a hospital bed. Fathers, don’t wait that long to tell your sons and daughters you love them.

There came a point in my thirties when I became aware that I had some issues related to my father’s emotional distance. I found a pattern repeating itself, because I was fighting to overcome the urge to withdraw from my own sons. I reached a point where I needed to forgive my parents for any wounding they might have caused me and move past that. The problem, I discovered, is that bitterness and unforgiveness can create a toxic stew in the body that leaves you stuck in life, unable to love others and move forward in total freedom.

The wonderful thing is that you and I – with God’s help, can stop the generational cycle of physical and emotional abandonment. It’s never too late with God to start anew, to re-engage with your kids, and to begin to love them with the Father’s love.

Modelling the Father’s love to your children
What does the Father’s love look like? For many years that seemed mysterious to me. But Jesus said, “If you have seen Me you have seen the Father.” If we want to know more about how to impart the Father’s love to our children, we need to study Jesus. This week I attended a class and watched the instructor  do something I had never seen before. He said, “I’m going to stand in the place of your father and ask you for forgiveness on behalf of your fathers.” He knew that for some, their fathers might never arrive at the place to do this themselves. Some in the class had fathers who were dead.

It was a powerful moment as some students realised their need to forgive their parents for hurts that had been buried at a very deep level, hurts that kept them in a place that made them stuck. They were able to forgive and move on.

Fathers, parents, examine your hearts today. Have you been too busy to teach your children? Are you imparting Godly wisdom to them? Are you preparing them to leave your home? Have you wounded them or blessed them for life?