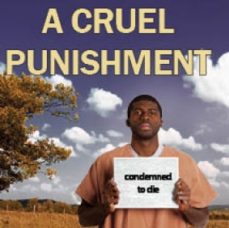 Years ago I preached in Zaire. At the close of the sermon, one of the team members said to me, “Reinhard, you should meet a local pastor from one of the churches…He’s someone special.”
I knew instantly that I had seen the man before, but I could not recall the incident. He rushed across the distance between us and threw himself to the ground, wrapping his arms tightly around my legs. “Bonnke,” he cried, “I am here because of you. You saved my life.” He brought himself up and looked at me, tears streaming from his wonderful eyes. He said one word to me, and then I knew him, “Bukavu.”

Going to the forgotten towns
My memory rushed back. It was twelve years since I saw him. “Richard…the last time I saw you, you could not speak English, you did not have a gold tooth and you were filthy.” I took his arms and pushed up the sleeves of his fine maroon suit coat and saw the evidence I remembered most. Yes, this was the same man. And now tears spilled from my eyes…
In the late 1980s, one of our crusade scouting teams searched the back roads of the far eastern Congo. As they came near to the border with Rwanda, they discovered Bukavu, a place with 500 000 citizens who had never seen an evangelistic crusade.
“No-one comes here to Bukavu” my scouting guide Stephen said. “We will see tremendous results. It will be glorious.” In 1989, I flew there to preach. The next day, I asked to be driven around the city to see the people I would preach to.

Cruel punishment for prisoners
At one point in the tour we came to a prison. It was simply a cage for humans near the edge of the city. There were no cells, just a large brick room with a prison yard attached, surrounded by razor wire. “What are those people doing outside of the prison yard?” I asked. “Those are the prisoners’ family members. If they don’t feed the men, they will die of starvation. The government makes no provision for feeding men they intend to kill.”
“All these prisoners will die?” I asked. “Yes, all of those ones you see in shackles are condemned to die. Every month, a hangman comes from Kinshasa…The condemned men are all brought out to the tree and a rope is thrown over the big branch with a hangman’s noose tied to the end. The people of the city are invited to watch, and many do. For some, it is the local horror show.
When the man is cut down, the hangman hacks off his hands and feet with an axe so that the shackles can be removed. Unless the family comes to claim it, the body is tossed onto a cart, and dumped in a grave. There is no lock, when a condemned man is brought here, he is taken to a blacksmith shed over there. His shackles are welded shut on his arms and legs.”
Appalling conditions
“The men receive horrible burns. It is part of the punishment. The empty shackles taken from a dead man are opened up with a cutting torch and prepared for the next condemned man. And on it goes. Many of the men die from infections as a result of being burned.”
“But, there is good news,” Stephen offered. “I’ve been visiting here and several of the condemned men have accepted Jesus.” We got out of the car. Immediately, a strange sound came to my ears. It was the rhythmic jangle of chains mingled with the chant of male African voices. “Hear that?” Stephen asked, with a knowing smile. “Those are your brothers.
They are singing songs of praise to Jesus. Songs we taught them. They are using the only musical instruments they have.” “Their chains,” I whispered, with realisation.

A word from the Holy Spirit
I was appalled by the conditions in the cell. The men slept on filthy mattresses; the place was crawling with vermin. Flies swarmed over them. Yet the men continued to praise with the jangle of chains. Their leader was a man of average build with a big smile and a missing front tooth. The minute I saw him, the Holy Spirit spoke to me, “Tell that man he will be set free.”
“Lord, pardon me, but it would be cruel and unusual to say anything if I heard You wrongly just now.” I said. “Tell that man he will be set free,” I heard again.

Condemned men praising God
We were introduced to the group of condemned men. I gave the whole group a salvation sermon through the interpreter. A few of them responded, accepting Jesus for the first time. Then I turned to Stephen, “tell that man who was leading the singing that I would like to speak to him in private.” It was an honour to shake Richard’s shackled hand. “Tell Richard that the Lord has spoken to me today. The Lord says that he will be set free.” The interpreter hesitated. I nodded.
“Repeat my words exactly,” I said. Richard reacted, looking away toward the hanging tree. When he looked back at me, his eyes had filled with tears. He spoke through the interpreter. “Three times I have waited in line. Three times the hangman grew too tired to hang me. The last time he was here, I was the next man to die. The hangman glared at me like he wanted to see me dead. Then he threw up his hands and went home.”

Trying to set the captive free
“Jesus preserved you, Richard,” I said. “And now He says you will be set free. What is your crime, Richard? What are you guilty of?” “Murder.” He answered. “You do not look like a murderer. How did it happen?” “We were in a bar, and a fight started.” He explained. “Did you start the fight?” I asked. “I did not. But I did kill the man.”
“Richard, if what you say is true, we do not call that murder. It is called self-defence. Did you have a lawyer?” Richard paused for a long time. He looked away at the tree again and said nothing. Then the interpreter spoke. “If a man you kill in self-defence is from a wealthy family, Reverend Bonnke, there are many in Bukavu willing to swear testimony for money.”
We left prison and I never saw Richard again. As I prepared to leave, I asked Stephen to arrange one more meeting for me with a local politician. When we arrived at the politician’s mansion we were ushered into a waiting area. We were kept waiting for a long time. Finally a secretary emerged and told us that the politician I wished to see was not available. Instead of seeing him, we would be allowed to meet briefly with his wife.

Pleading for justice
I had come to plead for the release of Richard. I described him to her, and I recited his story of the crime for which he was sentenced to die. I suggested to her that a competent lawyer would surely have made a case for self-defence. At least a good lawyer would have found a way to avoid the death penalty for Richard. Then I told her of Richard’s conversion, and of the way he led the singing among the condemned men in the prison. She listened carefully to all that I said.
Then she stood and excused herself. She said that she would see about what could be done, but condemned prisoners were never released from Bukavu prison once the courts had spoken. After another long time of waiting, she returned, she asked that all of the other guests be removed from the room. At last it was just the two of us. She stood before me very close. “Reverend Bonnke,” she said, quietly.
“You are a very powerful man from Germany. Your organisation is large, and your following is wide. You want my husband to do something for you. I would like you to do something for me. Do you understand?”
“Certainly,” I said, “I will do whatever I can.” “Do you have children, Reverend Bonnke?” “Yes, I do.” I replied, puzzled.

Leaving with a heavy heart
“I have two children preparing to attend university. Here, we have only the National University of Zaire. My children have not been able to get the necessary scholarships to the school we would choose abroad. I would like you to provide those scholarships, Reverend Bonnke.”
I was saddened, though not truly surprised. In a land where money could buy a death sentence, surely a bribe could obtain freedom. “I am sorry,” I said, “but this, I cannot do. I am a man of God. I will not strike a bargain to obtain justice of any kind. My answer to you must be no.” The woman instantly whirled to leave the room. I feared greatly for Richard. As she reached for the door, I nearly shouted her name. She stopped and looked back at me for one moment.
I pointed my finger at her. “God has told me that Richard will be released. God has spoken. Do not stand in His way.”
I left Bukavu with a heavy heart. I feared that I had left Richard as I had found him, a dead man walking.

A life redeemed
Two years passed. I was in Germany when someone reported to me that Richard had been set free. I shouted with joy to hear of it. To this day, I do not know what happened, or what triggered his release. I only know that all the glory belongs to our Father in Heaven.
Meanwhile, Richard began a new life as a free man in Bukavu. He told the pastor of the local church where he attended that he wanted to go to Bible College in Kenya.
He wanted to become a pastor, and he was determined to learn to speak English. When word of this got back to me – well, that was one scholarship I was more than willing to provide. Christ for all Nations paid for Richard’s expenses through Bible College. Years later, I heard the news of his ordinations. I sent him my best wishes and congratulations, and that seemed a fitting end to it.

God watches over His Word
Twelve years later, in August of 2001, he stood before me in Kinshasa, a sponsoring pastor for a Christ for all Nations Crusade. He was wearing his maroon double-breasted suit, speaking English, his gold tooth shining, his eyes bright with the joy of the Lord.
We embraced again. I can tell you, this evangelist slept so very well that night. Two long years of waiting passed in this story before I learned about its happy ending. How did I handle it in the meantime? I have learned that when we speak the word that God has whispered in our hearts, we don’t have to handle it – He does. The Scripture says that He watches over His Word to perform it, so we can rest easy.