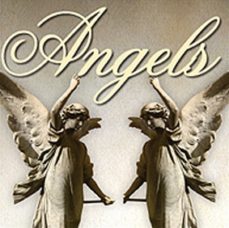 Facts About Angels
One of the most comforting teachings in the Bible is the way in which angels work with believers. And yet there is so much confusion about angels and the ministry they have. References to angels appear over 375 times in the Bible. Their appearance may be found in 34 of the Bible’s 66 books (44% in the Old Testament and 57% in the New). The abundance of revelation on this subject demands recognition.

There can be no comprehensive or accurate understanding of Scripture if we bypass or treat this topic lightly. If you want facts about angels (and demons) you have to study God’s Word.

There are numerous books available on the topic that are erroneous and grossly inaccurate. We should not study darkness (cultish teachings) in an attempt to find light, but instead study His Word for the Truth. There is so much one can say on the topic of angels, but for the sake of space, let’s look at a few characteristics about these messengers of God.

Angels are created and unlike the believer, they are not born of God. “Praise Him, all His angels, praise Him, all His Heavenly hosts… Let them praise the name of the Lord, for He commanded and they were created ” Psalm 148:1-5.
The word ‘Angel’ is from the Greek ‘angelos’ which means messenger. Angels, therefore, carry messages from God.
Angels are spirit beings. They are invisible but have the ability to manifest in the physical realm.
Angels look like human beings and can appear as strangers (Genesis 19:1-3; Hebrews 13:2 which says: “Do not forget to entertain strangers, for by so doing some people have entertained angels without knowing it.”).
Angels often manifest in dreams and visions. “One day at about three in the afternoon he had a vision. He distinctly saw an angel of God, who came to him and said, “Cornelius!” Acts 10:3 and Acts 27:23 “Last night an angel of the God whose I am and whom I serve stood beside me…”
Angels are limited in their speech (Jude 9). They can only say what God has told them to say.
Angels are always referred to as Masculine. There are no references in the Bible to angels of a feminine or child-like description.
Angels are not Omnipotent (all powerful). Only God is.
Angels are not Omnipresent (all present). Only God is.
Angels are not Omniscient (all knowing) “It was revealed to them that they were not serving themselves but you, when they spoke of the things that have now been told you by those who have preached the Gospel to you by the Holy Spirit sent from Heaven. Even angels long to look into these things.” 1 Pet 1:12
Angels are incapable of dying “… and they can no longer die; for they are like the angels…” Luke 20:36
Angels do not rest (Rev 4:8)
Angels work in the lives of both Christians and non-believers. Their purpose is ultimately to bring glory to God and they do this through helping people see God’s hand at work in their lives.
Angels have a language distinct from any earthly language. Angels can, however, speak earthly language. “If I speak in the tongues of men and of angels, but have not love, I am only a resounding gong or a clanging cymbal..” 1 Cor 13:1
Angels do not marry or reproduce (Luke 20:35-36; Matt 22:30).
There are so many angels that they cannot be counted by human understanding (Heb 12:22; Rev 5:11)
Angels travel between Heaven and earth in a split second (Ezek 1:14). Remember that there is no time or distance in the Spirit world.
Angels are powerful beings, mighty in strength (2 Thess 1:7; Rev 10:1; 20:1-3). They are more powerful than satan and his cohorts.
When angels speak we can receive their message as from God (Heb 2:2).Their words cannot be broken. “We must pay more careful attention…to what we have heard, so that we do not drift away. For if the message spoken by angels was binding, and every violation…received its just punishment…”
Angels are not to be worshipped (Rev 22:8-9). They are our fellow servants.
We will one day judge the fallen angels (1 Cor 6:3).