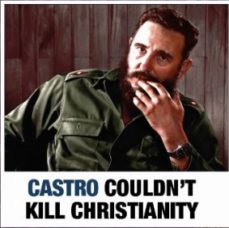 After Fidel Castro’s death on Nov 25th 2016, journalists, Hollywood entertainers, and heads of state described the Cuban leader as an “iconic figure,” a “tireless advocate for equity”, and “a champion of the poor.”
Never was it so obvious that the world has gone crazy than this past year, when world leaders applauded a dictator who tortured his own people. Canada’s prime minister, Justin Trudeau, called Castro a “remarkable leader.” Vladimir Putin of Russia called him “a strong and wise man.”