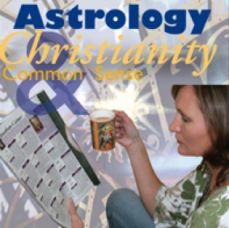 The world today is a completely different one from 10 years ago. We have the internet, GPRS, 3G, Skype, IPOD’s, stem cell research, hybrid cars and even robotic pets – inventions that previous generations could not even conceive. Yet, throughout time, man has clearly demonstrated a fascination with spiritual things (however misguided) and a spiritual hunger that can only be satisfied by the Biblical God. Media has popularized the idea of tarot cards, palm readings, iridology, ancestry and ‘throwing of the bones’ by Sangomas as the solution. Astrology has taken precedence in this arena, with almost all secular magazines glamorizing and promising the zodiac as the solution to discovering your “perfect match”, “your financial future” and even your “emotional wellbeing.”

Deprived of Sunday school and the knowledge of Christ, most children grow up believing that the stars hold their destinies. Many older women seek counsel for their empty lives in the predictions of freelance astrologers – putting their faith in this false truth instead of the Word of God. Sadly, many Christians have been led astray too, not realizing that astrology is more than just a trendy topic of conversation – it is actually a form of divination prohibited by the Lord.

Deuteronomy 18: 9-13
When you enter the land the Lord your God is giving you, do not learn to imitate the detestable ways of the nations there
Let no one be found among you who sacrifices his son or daughter in the fire, who practices divination* or sorcery, interprets omens, engages in witchcraft, or casts spells, or who is a medium or spiritist or who consults with the dead.
Anyone who does these things is detestable to the Lord and because of these detestable practices the Lord your God will drive out those nations before you.
You must be blameless before the Lord your God.

Isaiah 47: 13
All the counsel you have received has only worn you out!
Let your astrologers come forward, those stargazers, who make predictions month by month, let them save you from what is coming upon you.
* Some astrology is claimed to be ‘Divination’
One-third of Americans believe in astrology with the fastest growing segment being among executives and professionals and even Ronald Reagan used to consult an astrologer!
There is no doubt that the statistics in South Africa would be equally as high.

So what is Astrology?
Astrology refers to any of several systems, traditions or beliefs in which knowledge of the apparent positions of celestial bodies is held to be useful in understanding, interpreting and organizing knowledge about personality, human affairs and various events on Earth. A practitioner of astrology is called an astrologer or, less often, an astrologist. Historically the term mathematicus was used to denote a person proficient in astrology, astronomy, and mathematics.
Although the two fields share a common origin, modern astronomy as practiced today is not to be confused with astrology. While astronomy is the scientific study of astronomical objects and phenomena, astrology is the study of the supposed correlation of those objects with earthly affairs.
Many of those who practice astrology believe the positions of certain celestial bodies either influence or correlate with people’s personality traits, important events in their lives, physical characteristics, and to some extent their destiny.
Horoscopic astrology is a very specific and complex system of astrology that was developed in the Mediterranean region and specifically Hellenistic Egypt sometime around the late 2nd or early 1st century BCE that deals largely with astrological charts cast for specific moments in time in order to interpret the inherent meaning underlying the alignment of the planets at that moment based on specific sets of rules and guidelines.
Within the contemporary scientific community astrology is generally labelled a pseudoscience and it has been criticized as being unscientific both by scientific bodies and by individual scientists. In 1975, the American Humanist Association, which advocates humanism, published one of the most widely known criticisms of astrology, characterizing those who continue to have faith in the subject as doing so “in spite of the fact that there is no verified scientific basis for their beliefs, and indeed that there is strong evidence to the contrary.”
Let us deal with the word ‘influence’ that is used. What effect can the relative positions of the sun, stars, moon and planets have on us?
The only force (influence) in the universe that exists between ourselves and these bodies is Gravity but before we discuss this force we need to look at the question of relative position.
From Aristotle and Ptolemy it was believed that the earth was the centre of the universe and that the sun, stars, planets and moon revolved around it. Further they believed that all these heavenly bodies existed on eight, two dimensional spheres. It was never clear what existed beyond the last sphere. This is the model that astrologers use. All Zodiacal signs and bodies exist on a two dimensional plane.

Beam me up Scotty
The reality, of course, is that they exist in a three dimensional, finite but boundary-less universe. Every body lies on its own ‘sphere’, depending on its distance from us. So for instance, when looking at Orion’s belt in the night sky it looks like three close together, fairly equidistant stars. Of course the ‘depth’ perspective is completely different, with distances millions of miles between them.

Could these three stars have an influence on you? The answer is yes but is an incredibly small influence where as the shirt you are wearing or the car you are driving, by comparison, has an enormous influence. Even the effects of these last two are not even noticeable compared to the influence of the earth’s gravity, without which you (along with everything else) would be flung off this planet. So what is gravity? Strangely the answer to this question is unknown. We know the effects and have access to very precise mathematics to prove them but we do not actually know what causes it.

It is one of the three forces ‘glueing’ the universe together. The two sub-atomic glues are; ‘The Strong Nuclear Force’ and the Electro Magnetic Force’. Gravity although by far the weakest is the dominant force because it is always attractive and acts over distances that span the universe. The force of gravity in a ‘Black Hole’ is so great that light cannot escape its grasp and time and physics as we know them, don’t/can’t exist.
The doctor’s glasses, the nurse’s clipboard or the sheet on the bed had more influence on you, at birth, than the stars and even the sun.
When you were born there were (and the number is increasing) hundreds of satellites (and thousands of bits of junk) orbiting the earth. These again would have had more influence on you than Mars or Capricorn. I have never heard of anyone’s horoscope described as: “Your Sputnik is rising in your GPS satellite #332/6/09 and Aquarius is in conjunction with your Space Shuttle docking with the Mia Space Station”. Or: “The world will end when a piece of junk from an obsolete spy satellite crosses the Ecliptic”.

Karma crazy
Finally, on the subject of the signs of the zodiac; as one who has spent many, many nights, on ship’s bridges, studying the night sky, all I can say is that those ancient Greeks sure had a vivid imagination.
In my book I discuss ‘free will and predestination’ and highlight how little control you actually have over you. It seems to me that if your destiny is influenced by the random position of heavenly bodies at your birth and the decisions and choices you make throughout your life are a result of personality traits also dished out at random, then life really is a lotto. What were you paying for in your first life? This of course makes the belief in Karma, even more worrying.
It would seem that, given the choice between living through billions of lives (most of them not human and including the organisms that assure the efficient mechanism of septic tanks) to pay off karma (as mentioned above) and attain spiritual perfection or accepting the single gift of eternal life (from a God that came to earth to give it to me), would be an easy one.
To help you decide, here is how a septic tank works: The septic system is a natural sewage treatment and disposal system. By natural, we mean that it relies on bacteria to digest and clean the wastewater. The bacteria in the septic tank literally eat the solids in the tank turning them into liquids and gasses. As you might expect these gasses have a foul odour. To avoid these bad odours they are vented off through pipes on the house roof. The liquid wastes flow to the drainfield. The final purification occurs by organisms living in the soil.
AMEN!