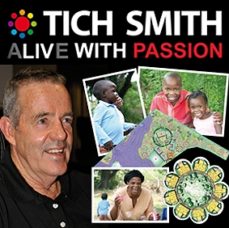 It has been said that the chief ambition of most people is to live a life that matters and to make a difference in this world. Yet, practically speaking, the average person feels overwhelmed at the needs they see in the communities around them.

Some people have solutions to the needs, but lack the finances or know how.  That is why the Church is such a powerful vehicle for effecting God’s change and bringing His message of hope. Sadly, the Church (generally) is not acting as this agent, because it has forgotten the mandate to take care of the widows, orphans and prisoners. So many churches today are focused on overseas missions and personal building projects, that they neglect possibly the greatest needs in their local context.

God chooses you
Did you know that by the end of 2010, Africa will have over 50 million orphans? Or that the chief cause of society’s ills has been identified as the lack of fathers and fathering in families?

Someone who is aware and concerned is Natalian businessman, Tich Smith.  Tich would not describe himself as anyone special, nor as a “chosen vessel” by God. What Tich would say though, is that driving to work everyday and seeing little children playing amongst the litter and debris in the informal settlements, was enough to motivate him to do something.

A well-known sportsman, Tich played rugby for Natal and cricket for South Africa in his younger years. “Though I had everything I ever wanted, I lived in my own strength and ended up in a home for alcoholics at the age of 35. I gave my life to Jesus in 1986 and chose to walk His way, never looking back.” Now a respected figure in his community, Tich decided to get his friends, family, business colleagues and Christian contacts involved in making a difference – chiefly through a project called LIV – Lungisa Indlela Village.

Tich notes: “We have all heard it said that It takes a village to raise a  child. I wholeheartedly agree with that and realised that the only way one can truly make a difference to the millions of orphans is to start one by one integrating them into a loving family structure – where they can know the unfailing love of our Heavenly Father.”

The Church is the vehicle
“This concept came to me in 1997, while driving back from a conference, God gave me a picture of an African village on a hill, similar to the rural clusters of homes and villages we see when we drive through the Transkei. There were small homes surrounded by children, running and laughing. Mothers were sitting on the steps of these houses interacting with one another. A church was in the centre.

There were schools and a skills/business development centre. I saw fields of vegetable gardens. It was in this moment that God told me to build the village and create jobs…”

Several years after his vision, Tich started working in Amoati, with his wife Joan who fed starting children. According to Tich: “After eight years, we have over 600 children sponsored on our Back-To-School program, our Teenage Empowerment Project runs life skills in three high schools, we support, equip and train teachers in 27 crèches, feeding many of them, daily.

Meeting needs practically
We also assist and counsel families in crisis through our Children and Family Support Project, and employ sixteen previously unemployed members of the community. Weekly we are asked to take unwanted children.

In January last year, God told us to pass the baton to the local staff in Amaoti. It was time to build the village. Now the vision is for us to build many villages.

We found the perfect 83 acre farm north of Amaoti next to the Mahlabatini Community. The vision remains the same: The church in the centre surrounded by 100 homes, each with a foster mother and six orphans. Schools to cater for the children from crèche to matric.

They would grow up in a safe haven, knowing that their Father in Heaven is their Father and they are loved. We believe they will become future leaders and valuable members of society as they grow up, ‘the right way’ (lungisisa Indlela), and make a positive impact in our country. “

Giving hope to the hopeless
The crisis Africa faces is unprecedented; AIDS is rampant and the Church of Jesus Christ is the answer and has the resources and skills to make the difference. No longer can we sit in our church buildings and ignore the Father’s Heart for the fatherless. No longer can we ignore James 1:27 that tells us “pure religion is this: to visit and care for the orphans and widows in their affliction and need, and to keep oneself uncontaminated from the world”. No longer can we dare to ignore the warning our God gives us in Revelation 3:16 about being lukewarm…

All it takes is one glimpse of God’s heart, one encounter, to impact our lives. Tich knows this full well and tells of a Kenyan by the name of Charles Mulli  who… “made a huge impact on me when I read his book in 2008. He was a street child that nobody wanted. He found Jesus, and became a top businessman in Nairobi. One day, whilst walking in the streets of the city, he came across a group of street kids. God told him to look after these children, so he sold his businesses and moved these children onto farmland where they were loved and nurtured.

He has impacted and transformed the lives of more children than anyone else in Kenya. When asked how he would define prosperity he answered: ‘prosperity, in the eyes of God, is a changed life. When you impact a life and they, in turn, impact others. That is true prosperity.”

The Church is the answer. We are the Church! We have the Father Heart of God within us to do it. Together, in partnership with business and government, we CAN do it. All it will take is for every believer to believe and answer the cry of the Father’s Heart… says Tich

The vision comes Alive
In keeping with his vision, Tich arranged a banqueting dinner to raise funds and garner exposure  for LIV.

A substantial amount was pledged, which is a fantastic start, but much more is needed over a long-term basis to ensure the success and longevity of this project. The village consists of 14 clusters of nine  homes (pictured above right). Each home would house six children and one Christian house mother.
The village will feature a clinic, school, creche, sports facilities, a business training centre and much more. The striking feature of this project is the excellence of the plans and the generational change it intends to bring, through the power of Jesus Christ.

JOY! has pledged to build a house, and we encourage Christian business owners, organisations, lay Christians and particularly churches (who don’t have orphan-programmes) to get behind the  plans.