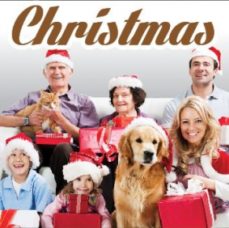 Is there a ‘war’ against Christmas?
Many people perceive that there is a concerted effort to eliminate the word ‘Christmas’ from public discourse – sort of a ‘war’ against Christmas. Shopping centres invite and allow ‘festive displays’ from the community provided the displays have no religious connotation. It is possible to do all one’s Christmas shopping and never see or hear the word “Christmas” in the stores.
Engineering a secular culture
Of course, there’s nothing wrong with saying “Happy Holidays” or “Season’s Greetings.” But if someone says “Happy Holidays” for the sole purpose of not saying “Merry Christmas”, then we are right to question what’s going on.
“Why is the word Christmas censored?” we wonder as we wander through the malls. One reason put forward by those seeking to avoid the word Christmas is that it would offend non-Christians. The exclusion of Christmas, then, is not really a way to adapt to a more diverse culture, but a way to engineer a more secular culture.
How are we to respond?
Many times, the arguments against Christmas programmes and displays are couched in political terms, but the bias against Christmas goes much deeper than that. This is primarily a spiritual battle, not a political one. How should Christians respond to the ubiquitous use of “Seasons Greetings” and the exclusion of Christmas? Here are some suggestions:
Embracing Christmas
1. Celebrate Christmas! Let the joy of the season show in your life. Teach your family the significance of Jesus’ birth and make the Christmas traditions meaningful in your home.

2. Wish others a Merry Christmas. When confronted with a “Seasons Greetings,” get specific, and wish the greeter a “Merry Christmas!” You may be surprised at how many respond in kind. Even if you’re met with resistance, don’t let it dampen your cheer.

3. Speak the truth in love (Eph 4:15). The Christmas season is a wonderful opportunity to share Christ’s love and the Gospel message. He is the reason for the season!

4. Pray for those in positions of power (1 Tim 2:1-3). Pray for wisdom. Pray for Revival so that Christmas, instead of being ‘offensive’, would be honoured by all.
Does gift-giving take away the true meaning of Christmas?
Many people take the idea of gift giving at Christmas back to the Scripture in Matthew 2:10-11 which talks about the Magi (wise men) giving gifts to Jesus at His home:
“When they saw the star, they were overjoyed. On coming to the house, they saw the child with His mother Mary, and they bowed down and worshiped Him. Then they opened their treasures and presented Him with gifts of gold and of incense and of myrrh.”
The best Gift of all
The Bible gives a wonderful story about the Gift God gave us, Jesus Christ, and we can use it as an opportunity to present the Gospel and to show love. Giving and receiving gifts can be part of fulfilling what Paul says about giving in 2 Corinthians 8:7-8, “But just as you excel in everything – in faith, in speech, in knowledge, in complete earnestness and in your love for us – see that you also excel in this grace of giving. I am not commanding you, but I want to test the sincerity of your love by comparing it with the earnestness of others.”
Consistent generosity
Paul was talking to the churches who were giving him gifts (financial) so that he could keep on in the ministry. We can apply this same lesson to our own lives by giving to others, not just at Christmas, but year round!
To give or not to give?
So, can gift giving become the focus of Christmas instead of thanking the Lord for the Gift of His Son (John 3:16)? Absolutely! Does giving gifts have to take away from the true meaning of Christmas? No, it does not. If we focus on the wonderful gift of salvation the Lord has given us (Isaiah 9:6), giving to others is a natural expression of that gratitude. The key is our focus. Is your focus on the gift, or on the ultimate gift-giver, our Heavenly Father?
“Every good and perfect gift is from above, coming down from the Father of the Heavenly lights…” James 1:17.
Are Christmas trees and decorations pagan rituals?
The modern custom of a Christmas tree does not come directly or specifically from any form of paganism. There is no evidence of any pagan religion decorating a special fir tree for their mid-winter festivals, although the Romans celebrated the winter solstice with a festival called Saturnalia in honour of Saturnus, the god of agriculture.
They decorated their houses with greens and lights and exchanged gifts. Late in the Middle Ages, Germans and Scandinavians placed evergreen trees inside their homes or just outside their doors to show their hope in the forthcoming spring.
Tinsel and decorations
The first Christmas tree was decorated by Protestant Christians in 16th-century Germany. Our modern Christmas tree evolved from these early German traditions, and the custom most likely came to the United States with Hessian troops during the American Revolution, or with German immigrants to Pennsylvania and Ohio.
What does the Bible say?
There is nothing in the Bible that either commands or prohibits Christmas trees. It has been falsely claimed by some that Jeremiah 10:1-16 prohibits the cutting down and decorating of trees in the same manner as we do at Christmas. However, even a cursory reading of the text makes it clear that the passage is one in which Jeremiah sets forth the prohibition against idols made of wood, plated with silver and gold, and worshipped.
A similar idea appears in Isaiah 44, where Isaiah speaks of the silliness of the idol-worshippers who cut down a tree, burn part of it in the fire to warm themselves, and use the other part to fashion an idol, which they then bow down to.
What is your conviction?
So unless we bow down before our Christmas tree, carve it into an idol, and pray to it, these passages cannot be applied to Christmas trees. There is no spiritual significance to having or not having a Christmas tree. Whatever choice we make, the motive behind a believer’s decision about this, as in all matters of conscience, must be to please the Lord.
Romans 14:5-6 sets out the principle in a passage about liberty: “One man considers one day more sacred than another; another man considers every day alike. Each one should be fully convinced in his own mind. He who regards one day as special, does so to the Lord.”
Avoid spiritual pride
The Lord is grieved when Christians stir up dissent and disunity amongst one another. Often celebrating or not celebrating Christmas can be a point of division and judgement. This is spiritual pride. When we feel that somehow we have achieved a higher plain of spirituality by doing or not doing something about which the Bible is silent, we misuse our freedom in Christ, create divisions within His Body, and thereby dishonour the Lord.
“So whether you eat or drink or whatever you do, do it all for the glory of God.”
1 Cor 10:31.