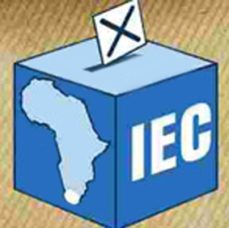 Why Your Vote Counts!
Your Biblical Duty to Vote
As responsible citizens, Christians must strive to honour God in all areas of life (Matthew 5:14-20). We are to oppose evil (Isaiah 59) and work for righteousness. Christians therefore have a Biblical duty to vote.

“Select capable men from all the people – men who fear God; trustworthy men who hate dishonest gain – and appoint them as officials…” Exodus 18:21

“Righteousness exalts a nation, but sin is a disgrace to any people” Proverbs 14:34

70% of South Africans confess that they believe in God and see themselves as Christians. In 2009, the ANC got 66% and the other parties 34% of the votes. Only 18 million people of the 30 million eligible voters voted. This means that the Christians who did not vote and those who voted for the ANC allowed the ANC to get into power!

With simple maths it can be explained why opposition voters who do not vote in our proportional electoral system increase the ANC’s support. For the sake of the example, we accept that only ten voters had cast their votes. The percentage of councillors which each party receives is then calculated out of ten votes. If the ANC had obtained six votes and the opposition four, the ANC will get 60% of half of the council positions available in that city and the opposition gets 40%

If one opposition voter stays away, the ANC has still obtained six votes while the opposition now only has three votes. The calculation is then done out of nine and no longer ten. The ANC has six out of nine votes or 66%. Without the ANC obtaining more votes, the ANC suddenly has 6% more council members in that city. The stay-away-voter therefore caused the ANC to improve its performance!

Preferably the aim should be to replace them with a coalition of parties committed to pro-life, pro-family, free enterprise policies.

SAVOTERSGUIDE.COM
The South African Biblical Issues Voters’ Guide aims to inform Christians about how the different political parties have voted on legislation that affects pro-life, pro-family, and free enterprise issues.

The 2011 Voters’ Guide is downloadable from www.savotersguide.com in English, Afrikaans and Xhosa.

If you registered to vote in the last election and have not moved to a different residential address, then you do not need to register again for these local municipal elections.

Where do I register to vote? See www.elections.org.za

NB: Voters have unknowingly been removed from the voters roll for the forthcoming local elections. This situation arose with the re-demarcation of wards in municipalities. Voters have now in some instances been sorted into new wards and will have to re-register for that ward as a person can only vote in the ward where he/she lives and is registered. In some existing wards more voting points have been added and have in some wards been taken away and voters will also have to go and register at their voting points.

For more information please contact the IEC toll-free on 0800 11 8000.  You may vote in an election only if your name appears on the Voters’ Roll.

Requirements for registration:
To be entered on the roll you must:
• apply for registration in person
• be a South African citizen
• possess and show a valid barcoded identity document (ID) or valid temporary identity certificate (TIC)

“I looked for a man among them who would build up the wall and stand before Me in the gap on behalf of the land so I would not have to destroy it…” Ezekiel 22:30

Local elections (municipal)
There are three different categories of municipalities in South Africa and they have slightly different electoral systems.

Half the local councillors are elected through a proportional representation ballot, where voters vote for a party. The other half are elected as ward councillors by the residents in each ward.

Only people who live in low population areas, like game parks, do not fall under local municipalities. The areas are called district management areas (DMA) and fall directly under the district municipality.

Note: in some very small local councils with very few councillors, there may be no wards and only a PR vote.