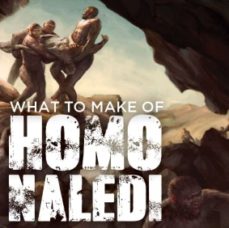 International and local news media have been abuzz the past few days with the public announcement on 10 September of remains found west of Johannesburg, South Africa, that have been named Homo naledi. Some Christians react with apprehension at just how to respond to these types of announcements.1 Today, the Christian community has a well-stocked arsenal from ministries such as Creation Ministries International from which to understand and refute claims regarding an evolutionary view of human origins.
Professor Lee Berger from the University of Witwatersrand, palaeoanthropologist and leader of the team that researched the find at the so-called ‘Cradle of Humankind’ is a ‘celebrity’ scientist who knows well how to extract maximum publicity, something even the evolutionary sympathetic media acknowledge. National Geographic stated that “Berger is a tireless fund-raiser and a master at enthralling a public audience.”2
Journalists from around the world, businessmen, celebrities and politicians attended the official event at Maropeng. Perhaps in an effort to guard against the type of ‘brushing off’ that his announcement of Australopithecus sediba3 received from rival paleoanthropologists in 2010, Berger has included a number of international “young scientists, some with the ink still wet on their Ph.D.’s”2 in the research and publication of their findings on the online journaleLIFE.
The particular cave where the remains were found was discovered by cavers Steve Tucker and Rick Hunter in 2013.2 They reported the find to Berger who, due to the narrow entrance to the cave, advertised on Facebook for skinny scientists to go and investigate the finds. He assembled a team of six women scientists who retrieved the remains during expeditions in 2013 and 2014.
About 1,500 bones belonging to at least 15 individual creatures have so far been retrieved. It is believed that many more remains still lie in this remarkable chamber called Dinaledi (‘stars’ in the local Sesotho language). The chamber was apparently previously undiscovered though other caves in the area have been the site of much exploration in the past, and the site of fossils such as Mrs Ples, Taung Child and more recently, Australopithecus sediba, all classified under the same genus Australopithecus.
So what are we to make of this latest announcement?
The first principle to remember is the nature of the science behind such interpretations of fossil evidence. It involves historical or origins science; the interpretation of unobservable, untestable history of the evidence, in this case bones. The subjective nature of this interpretation is admitted even by such well-known evolutionary paleoanthropologists as Darren Curnoe who said, “Nobody looks at a fossil with a completely open mind. I suppose to some extent also we see what we think. So, you come to a fossil and you have an idea about the way you think human evolution worked, and the first thing you do is try and fit that fossil into your worldview.”4 So he and many other naturalistic scientists increasingly admit that it is the worldview that drives the interpretation of the evidence, not the other way around.
What makes this announcement different is that all previous hominin fossils in the area have been designated as australopithecines. Australopithecus spp. has been dismissed by prominent evolutionary authorities such as Charles Oxnard as unique, extinct primates, irrelevant to human evolution and anatomically more distant from both apes and humans as these are from each other. Regarding A. sediba: “Though the doyens of paleoanthropology credited him (Berger) with a ‘jaw-dropping’ find, most dismissed his interpretation of it. A. sediba was too young, too weird, and not in the right place to be ancestral to Homo: It wasn’t one of us.”2 To regain the spotlight, Berger needed a Homo. H. naledi appears to have enough anatomical overlap to be at least tentatively accommodated in that genus for now.

CMI is researching the claims, and will in future publish a detailed technical assessment. Until then we remain uncommitted as to whether the remains are human or ape. What they are not, though, is some kind of missing link between ape-like ancestors and man, which is what Berger and his team are clearly inferring. Already the interpretation as a new species of Homo is experiencing criticism from within the evolutionary community.5 The literature variously describes the creatures as having “feet virtually indistinguishable” from modern humans,6 having “tool using capabilities”,2 engaging in “ritualised … intentional body disposal”7, and finally “Homo naledi could have used fire to light the way”.8
One will have to wait and see whether the evolutionary scientific community come down on the side of the remains being Homo, or just Australopithecus. But why label the remains Homo naledi if there is so much indication that these may have been ordinary humans with some unique anatomical variations just as there are variations today between different people groups but all descended from the first two people created by God—Adam and Eve? University of California’s Tim White, who holds a different interpretation of human evolution, believes the remains belong to the species H. erectus, named in the 19th century. He is reported as saying that “New species should not be created willy-nilly. In order to claim a new species one has to demonstrate that it’s different from anything that’s ever been known.”5
Indeed, H. naledi has been described as having features “similar to early Homo species including Homo erectus, Homo habilis and Homo rudolfensis”9. There are increasing numbers of evolutionary paleoanthropologists who today argue that these are arbitrary species designations of variations of mankind. “In other words, instead of Africa once being home to multiple human species such as Homo erectus, Homo habilis, Homo ergaster and Homo rudolfensis, all of these specimens may actually simply be Homo erectus.”10 Scientists such as Wolpoff as far back as 2001 argued that these should really all be included under H. sapiens, human beings.11
Remains of the elderly, young adults, juveniles and infants were found at the site,2 Three fragmented craniums have been found. Besides the subjective nature of reconstructing the skulls, the stated brain case capacity of around 560 cubic centimetres2 used to justify the ‘primitive’ interpretation of the remains, falls well within the range of sizes for infants and even pathological adults.
A glaring omission is the lack of any effort to date the bones. Hints are given that the scientists involved would like to see them around 2 million years old, which would then help place them as perfect “links” between Australopithecus and Homo by evolutionary assumptions. Berger’s excuse for this omission is that he “didn’t feel it ethical to destroy hominin material until it had been described; dating the specimen would mean the destruction of the material.”12 As more than 1,500 pieces have been removed and examined, and by their own admission possibly thousands more remain in the chamber, surely they could have sacrificed just one bone for radiometric dating?
The Berger et al paper describing the geological context of their finds repeatedly refers to the remains as “bones” and only “partially mineralised”.13 They were not even excavated from lithified sediment but soil “composed of largely unconsolidated sediment … dominated by reworked orange mud clasts embedded in a brown muddy matrix.”13 Many of the bones required no excavation at all. The female crew “plotted and bagged more than 400 fossils on the surface, then started carefully removing soil around the half-buried skull.”2 Thinking about it, this could very well be a description of the removal of bones from a WWI battlefield. All this indicates that the bones may well be quite young, in which case the obvious dating method would be carbon-14.
Of course, the reason 14C dating has not been done on the bones is because the assumptions behind 14C dating known by evolutionary and creation scientists alike, indicate a maximum theoretical ‘age’ of 50,000 to 100,000 years for any specimens found to contain radiocarbon.;14 The presence of 14C in these remains would clearly refute the evolutionary human ancestry. This is a public challenge to those involved in the H. naledi claims. As a ministry, CMI will fund the 14C analysis if they make samples available to us in a manner acceptable to both parties ensuring that contamination has been avoided.
Ironically, these pseudo-scientific claims (which are likely to be increasingly challenged by rival palaeoanthropoligists in the months and years to come),15 have been embraced by politicians eager to bask in the limelight of this ‘scientific’ discovery. Darwinian evolution and its corollaries, race science, social Darwinism and eugenics, were the ideological foundation for much of the racism and white supremacy of the 20th century. This led to black people in Africa being regularly treated like, and routinely called, monkeys, baboons and apes.16 Sadly some of the black leaders, who often were involved in the battle against these injustices, are today lining up to be given the opportunity to kiss (literally in one instance) their supposed ape-like ancestors.
Whatever the final response to these announcements, the fossil remains are either those of an ape ‘kind’, or of mankind, and if the latter, descendants of the historical Adam and Eve. They probably died during the post-Babel period, within the past few thousand years.
Don’t let this shake your faith
And so Christians ought not to be “tossed to and fro by the waves and carried about by every wind of doctrine, by human cunning, by craftiness in deceitful schemes. Rather, speaking the truth in love, we are to grow up in every way into Him who is the head, into Christ, from whom the whole body, joined and held together by every joint with which it is equipped, when each part is working properly, makes the body grow so that it builds itself up in love.” (Eph. 4:14-16)

MARC AMBLER is Creation Ministries International SA’s Head of Events and Speaker. He is available for conferences – contact 021 979  0107 or visit www.creation.com