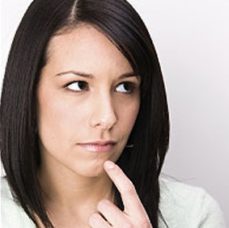 What is the Emerging Church?
Have you heard of the Emerging Church? Do you know what it is and what ‘they’ stand for? If like me, you have heard the term loosely thrown around but don’t really know to what it refers, then this article will hopefully provide you a clearer understanding.
If you have never heard the term or do not wish to learn more – then this article is SPECIFCALLY for you! Whether you are a leader (pastor, elder, minister) or a member of a church or even a Christian not in church, you need to know more about the Emerging Church (E.C.) and its implications on the Christian faith in the 21st Century.
Let’s examine what this movement is:
What is the E.C?
The Emerging Church (also known as the emergent church movement) is a Christian movement of the early 21st century, started in America, whose participants seek to engage postmodern people, especially the un-churched and post-churched.

They believe it is necessary to deconstruct modern Christian dogma and avoid the use of jargon, called ‘Christianese’, that has become increasingly irrelevant to the prevailing culture. The movement contains a diversity in beliefs and practices (ie, not every Emergent leader or church has the same look and feel – some are more political than others, some emphasise ‘sacred’ worship with candles and incense, some are more liberal than others.)
What does the EC look like?
‘Emergents’ seem to share a post modern disillusionment with the organised, institutional Church as it has existed through the 20th century (whether fundamentalist, liberal, megachurch, or tall-steeple liturgical). Those in the movement do not engage in aggressive apologetics or confrontational evangelism in the traditional sense, preferring to allow persons the freedom to discover truth through conversation and relationships with the Christian community. Much of the E.C. movement have adopted the approach to evangelism which stresses peer-to-peer dialog rather than dogmatic proclamation and ‘witnessing’. Involvement has many forms including social activism, hospitality, and acts of kindness. This beneficent involvement in culture is part of what is called “missional living” – focussed on temporal and social issues, as opposed to a (perceived) Evangelical overemphasis on eternal salvation.
Strengths
Creative, relevant, energetic, youthful, authentic, highly relational and socially minded.
Weaknesses
Somewhat cynical, disorganised, sometimes reckless (even in the theological ideas willing to be entertained), and vague.
What does their future look like?
There are many different streams in the emerging/ emergent church/ ‘missional’ movement.  The post-modern belief system itself encourages diversity of belief which makes it difficult to track what the E.C. will look like in ten years. Different people joining the movement have mixed it in different proportions with Biblical Christianity.  Some are mostly Biblical and a little post-modern. Others are mostly post-modern and a little biblical.  Some fall within the boundaries of Orthodox Christianity, some do not. New E.C. followers have not realised where their new ‘uncertain’ Biblical interpretation method will lead them. For now most of them remain mostly biblical, but in a decade or two they will have strayed further. It has been said that future generations of E.C. followers will probably slide all the way to apostasy and rejection of Christian ethics, as many modernists have done.
Several Christian leaders and church denominations have kept abreast of the E.C. movement. From my research, it appears several South African leaders and denominations need to know more. Read on for comments by prominent voices both for and against the movement.