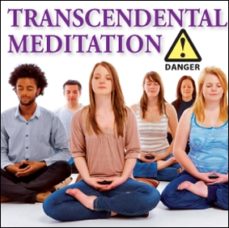 Transcendental Meditation in our Schools
Over the last few decades, New Age philosopy and practices have become increasingly common place in Western society. According to common definition, “its central precepts revolve around drawing on both Eastern and Western spiritual and metaphysical traditions and then infusing them with influences from self-help and motivational psychology, holistic health etc. A primary trait is holding to ‘a holistic worldview,’ thereby emphasising that the mind, body and spirit are interrelated, and that there is a form of oneness and unity throughout the universe.”

New Age philosophy and practice
One of the popular practices of New Age practitioners, is Transcendental Meditation (TM) which stems from Hindu roots, but has become a widespread Westernised meditation process, popularised by people like Oprah and Julia Roberts (who recently converted to Hinduisim after completing her film, ‘Eat Pray Love’ in which she meditates regularly).

Now, in a disturbing turn of events, it is no longer just Hollywood movie stars and Far East day spas that are endorsing TM. Rather, the education fraternity is embracing this practice as a way to ‘modify’ and ‘control’ the behaviours of unruly school children and ill-disciplined students. TM is being introduced in various schools in South Africa and abroad in universities under the name of CBE (consciousness-based education). Its claim is that it improves the ability to concentrate and therefore produces improved academic results. Not only is its religious nature withheld, it is actually denied.

Taking young minds captive
The TM movement plans to infiltrate education systems by training educators to meditate and has already been implemented in several Durban schools (wherein educators and learners meditate for 15 minutes at the beginning and at the end of each school day).

About the TM Movement
The TM movement promotes their agenda by:

Approaching educational institutions under the name CBE (consciousness-based education) – thus disguising their agenda
Highlighting the so-called benefits which are validated by research and testimonials funded by themselves and their followers
Once interested, educators are asked to sign-up for training, which is not adequately explained. In this training one is exposed to Hindu rituals
Those who have signed into the programme are asked to bring an ‘offering of thanks’ to the fathers of the programme (the gurus of the past). The offering comprises of cloth (a handkerchief), flowers, fruit, camphor, and money. A ceremony of initiation is conducted – the Puja ceremony. This is not a ceremony or ritual of thanksgiving as claimed. There is the burning of camphor, sprinkling of water and offering of flowers, cloth, incense, sandal paste, rice, flour, fruit, betel leaf and coconut to the gods/goddesses while the invocation is read
The prayers are conducted in Sanskrit preventing one from understanding what is being said and that one is submitting to deities. All these have significance to the Hindu faith (more info is available online or from me directly). Persons of Indian origin are usually aware of the meaning of such offerings, of the puja ceremony and Sanskrit prayers – and many step away from the programme. Other ethnic/racial groups do not have this reference and go along with the programme on the basis of what is said to them (i.e. that it is not a religious practice – only an offering of thanks).

The values of TM
Withholding and even denying the religious nature of TM is the worldwide propagation strategy. According to the Maharishi (the founder of TM) Transcendental Meditation (a specific form of mantra meditation introduced in India in the late 1950s) is:

A path to God
The only way to salvation and success in life; there is no other way
A very good form of prayer which leads us to the field of the creator, to the source of creation, to the field of God
A means whereby “a sinner very easily comes out of the field of sin and becomes a virtuous man”

The underlying agenda
The Maharishi’s motivation in promoting TM as non-religious is ‘shrewd opportunism’: “Whenever and wherever religion dominates the mass consciousness, transcendental deep meditation should be taught in terms of religion…Today when politics is guiding the destiny of man…It seems, for the present, that this transcendental deep meditation should be made available to the peoples through the agencies of government.”

The TM mantras (which partakers are given to repeat and adopt as their own) are not ‘meaningless sounds’. A mantra is a religious syllable from the Sanskrit language; they are inseparable from the names of religious deities. Mantras are interpreted to be effective as vibration, which may include verbal repetition in the form of chanting or internal mental incantation.

Mantras originated in the Vedic religion of India, later becoming an essential part of the Hindu tradition. Mantras are used in Eastern spiritual traditions to divert the mind by focusing it on a spiritual idea.  The Maharishi himself  explains mantras to be a spiritual tool to be used to call on spiritual beings “on other levels of creation.” He says ”mantras fetch to us the grace of personal gods and make us happier in…life.”

Documented side-effects of TM
There are various implications arising from the practice of TM. Reported negative effects include muscle twitches, convulsions, fatigue, sleep disorders, inability to focus, anxiety, depression, dissociation, depersonalisation, nervous breakdown, and suicidal inclination. Obviously you will not find this on TM websites that promote a myriad of health and psychological benefits.

While their many claims may sound impressive, an analysis of their studies presents an entirely different picture of the ‘Maharishi Effect’. It is interesting to note that Transcendental Meditation was ruled a religion by the United States District Court, District of New Jersey (October 19, 1977) and the TM group and their literature was removed from all schools. Years on though, this ruling has been forgotten…

What is the Christian response?
Obviously Christians should be concerned about the propagation of New Age neo-Hindu practices infiltrating local schools. It would be wise for Christian parents to actively engage the governing authorities to see if TM is in the schools, to voice their concern and to request that your child sit out. The best way to stop TM in schools is to present facts to the school boards and solicit like-minded parents to take a (gentle but firm) stand with you.

It is also important to educate yourself and your children of the realities of meditation and what it encompasses. The Bible tells us to take every thought captive to the obedience of Christ (2 Cor 10:5) and to be transformed by the renewing of our minds by the Word (Rom 12:2). Emptying our minds is not and never will be the solution to life’s challenges. Rather, emptying your mind opens a gateway for all other kinds of rubbish to infiltrate!