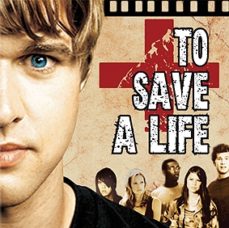 To Save a Life
It’s estimated that depression strikes one out of eight teenagers and that up to 39% of teens have at least one episode of self-injury every year. Tragically, suicide is the 3rd leading cause of death amongst 10 -19 year olds.

Ipods, laptops, social networking and computer games all gear teens toward a lifestyle of isolation and alienation. And many parents, themselves trapped in a rat race with no spare time, live alongside their teens, unaware of the struggles their children are going through.

Dying to be heard
Peer pressure today is at such intense levels, that children as young at 7 years old are teased for body image and their social status (or lack thereof). Schools no longer retain the right to enforce discipline, and often the teachers are poor role models, so kids are  taught in an environment intrinsically hostile to Biblical norms (which prioritise the correct individual and societal moral values).

Jim Britts, an American youth pastor and graduate with a film degree, recognised the dire need for teens to be able to talk about their problems and an imminent priority of the Church – to seek and save the lost.

Through his work with hundreds of teens, Jim realised that many are trapped in a world that rejects them, and that without sincere and caring friendships, these teens are at risk of hurting themselves (and others) just to be seen. (The Columbine School Massacre in 1999 was the first of its kind that devestatingly illustrated this pandemic).

A film with a message
Jim decided with his wife to pen a screenplay and a book called ‘To Save A Life’ – not simply as a story, but hopefully as a movement that will inspire change and save others from pain and untimely death.

Drawing on years of counselling experience and creating characters based on real people, in real situations, Jim wrote a moving script. He is passionate about the mission of this movie: “At some point, every teen has to decide: ‘What’s my life going to be about?’ To Save A Life dares to bring that question into their world, encouraging them to answer it with boldness, honesty and Christ-likeness and to put love into action around them.”

Reaching teens in a relevant and authentic way
Centred around an all-star athlete and the angst of being at school, the film deals with issues such as social divisions, school violence, cutting, suicide, teen pregnancy and divorce. The film is written and presented in a very authentic manner, with a strong Gospel message about the One who can save us for ever – Jesus. According to Jim, “This is a hurting generation in need of hope and friendship”. ‘To Save A Life’ depicts life on a high school campus and demonstrates the ability students have to make a difference to those who are hurting. There are several key  characters, all dealing with their own insecurities and challenges. All needing to be saved. All needing Jesus.

First up is Jake Taylor. He has it all – friends, fame, a basketball scholarship and the most desirable girl in school. What could be better? Enter Roger Dawson. Roger has  nothing. No friends. No hope. Nothing but constant rejection. Ironically, Jake and Roger were best friends when they were younger – Roger even protected Jake in a life-threatening incident. However,  the politics of high school quickly pulled them apart and now Roger doesn’t fit in to Jake’s or anyone else’s circle. And he’s had enough. He walks onto campus with a gun in his pocket and pain in his heart, and makes a tragic move that will alter the lives of the students forever. Jake’s last ditch effort can’t stop Roger, and the sudden tragedy rocks Jake’s world. Something breaks loose inside and causes him to question everything he knows to be true.

A life-changing experience…
Jake can’t shake the all the questions, and especially the guilt. The memories taunt him and the plaguing question, “could I have saved Roger?” plays over and over in his mind. In a quest for answers, Jake finds himself looking for the next Roger and reaching out to the outcasts and the lonely. But he quickly finds that crossing the class-castes threatens all that his world is built on. Jake’s decision to try and save a life could cost him his friends, his girl, his dreams and even his reputation. As Jake searches for meaning, he finds guidance from Chris, the local youth pastor who presided over Roger’s funeral. Without preaching to him, or judging him, Chris challenges Jake and invites him along to the local youth night. There Jake starts to find some of the courage and the purpose he needs to make a difference and save another Roger from a tragic end.

Speaking the language of teens
What makes this film unique is it’s gripping sincerity. It doesn’t offer trite Christian answers, and neither does it portray people and situations in a ‘cheesy’ way (that has often become the hallmark of Christian films). The characters grapple with certain Christian clichés and the plot narrative is not sugar-coated. Perhaps this is why teens and parents are responding in an unprecedented way to the film.

Youth groups have grabbed hold of the movie and used it for outreaches. Ministers have allowed the film to predicate honest conversation between troubled teens and pastoral leadership, thereby shifting church activities in a relevant direction. Parents have watched the film with a new understanding of what their children are going through. And most importantly, teens are realising they are not alone in their struggles and that there is help out there for them.

Dr Steve Gerali, a clinical psychologist and family counsellor, feels that the film addresses critical issues facing youth today. In the past, a ‘troubled teen’ was easy to spot, and usually came from a dysfunctional family upbringing. But today, children of all ages, from varied socio-economic backgrounds are affected. He notes: “Kids today lack hope…they don’t know what or who to trust, because the media has lied to them. Even the churches they attend don’t offer hope.”

Parents, you need to take note!
Acccording to Gerali, parents need to engage their kids more. Youth ministries need to instruct parents on how to reach their children. Technology becomes a medium that allows teenagers to participate in inappropriate behaviour, which it turn provides them with faulty coping skills. And parents are the frontline for combatting this decay.

Grounding your children with Biblical values and an intrinsic self-worth founded in Christ, will go along way to helping them navigate the perils of popular culture. Also maintaining an open and approachable relationship with your children will facilitate honest conversation that has the potential to literally, save their lives! The worst thing parents can do is close communication lines between them and their children through intimidation, busy-ness or a superior attitude. In a survey amongst teens who had either attempted cutting or suicide, or were contemplating it, the number one need all expressed was the freedom to be  honest and ‘real’ with their parents.

It is challenging to be both parent and friend, but the Lord shows us how when He says: “A gentle answer turns away wrath” and “a kind word in season is like apples of gold in settings of silver”.