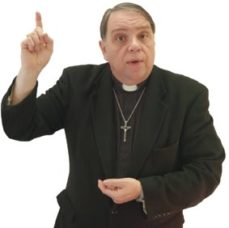 To Judge or Not to Judge

Some Christians believe it is wrong to judge, criticise or assess the beliefs and lifestyles of fellow believers, preferring to leave judgment to God. Others believe it is their duty to condemn anything that does not agree with their own point of view.
What does the Bible say on this issue?

In this age of ‘human rights’ and ‘free thinking’, many Christian believers prefer to ‘put things on hold’ rather than risk offending others. Their desire is not to judge, but to love.

Others are so convinced their own assessment of doctrine and acceptable Christian lifestyle is correct, they fiercely condemn anyone who feels differently on issues that are often not even essential Biblical doctrine.

The Bible does not allow believers to judge one another in the legal aspect. The Lord alone has the power and knowledge to judge whether or not someone is truly a believer and to pass the appropriate sentence on their life. Thus the Bible calls on us not to make value judgements concerning people in their sincere attempts to serve the Lord. “Who are you to judge another’s servant? To his own master he stands or falls. Indeed, he will be made to stand, for God is able to make him stand.” Rom 14:4

The Bible, however, strongly encourages believers to make assessments of the lives, ministries and doctrines of those with whom they come in contact. It is essential that believers walk in true holiness of life because they affect and influence others. A bad apple always influences the basket of apples negatively. We have a duty to protect ourselves, our children, our fellowships and our friends from that which is not acceptable to God.

God does not expect us to be ‘brain dead’ and blindly follow whatever people say. We are expected to read His supernaturally inspired Word and assess everything by the Truths and principles contained in its pages.

Sadly, fewer Christians are reading God’s Word daily and many have absolutely no idea what the Bible teaches. What a difference it would make if believers everywhere took seriously the challenge of Jesus. “Man shall not live by bread alone, but by every word that proceeds from the mouth of God.” Matt 4:4

1. Believers are to assess lifestyles of professing believers.
Jesus said we are to judge a tree by its fruit. “Beware of false prophets, who come to you in sheep’s clothing, but inwardly they are ravenous wolves. You will know them by their fruits…” Matt 7:15-20. They “profess to know God, but in works they deny Him, being abominable, disobedient, and disqualified for every good work.” Titus 1:16

The Lord instructs believers not only to assess their lifestyles, but to take action and disassociate themselves with those whose profession is found to be faulty because they do serious damage to the children of God. “Having a form of godliness but denying its power. And from such people turn away! For of this sort are those who creep into households and make captives of gullible women loaded down with sins, led away by various lusts, always learning and never able to come to the knowledge of the Truth.”  2 Tim 3:6,7

We have a serious responsibility to other Christians to warn them in love when they are treading on thin ice spiritually. ”If good people turn bad and don’t listen to My warning, they will die. If you did not warn them of the consequences, then they will die in their sins. Their previous good deeds won’t help them, and I will hold you responsible, demanding your blood for theirs. But if you warn them and they repent, they will live, and you will have saved your own life, too.” Ezek 3:20-21

“Brethren, join in following my example, and note those who so walk, as you have us for a pattern. For many walk, of whom I have told you often, and now tell you even weeping, that they are the enemies of the cross of Christ: whose end is destruction, whose god is their belly, and whose glory is in their shame—who set their mind on earthly things.” Phil 3:17-19

2. Believers are to assess ministries before participating in them.
Not everyone who professes Jesus as Lord and ministers in His Name has His approval. The ‘fruit test’ applies to everyone. A professing apple tree bearing bananas is definitely not a genuine apple tree.

“Not everyone who says to Me, ‘Lord, Lord,’ shall enter the Kingdom of Heaven, but he who does the Will of My Father in Heaven. Many will say to Me in that day, ‘Lord, Lord, have we not prophesied in Your Name, cast out demons in Your Name, and done many wonders in Your Name?’ And then I will declare to them, ‘I never knew you; depart from Me, you who practice lawlessness!’” Matt 7:21-23

Believers are encouraged to ‘watch the fruit’ – and not only the words and works –
in order to make a true assessment of the quality of a ministry. There is a world of difference between a ‘critical review’ of a ministry and a negative ‘critical judgment’.

3. Believers are to assess doctrines before accepting their validity.
The Bible is the source of God’s Truth and the only yardstick by which to measure doctrine and lifestyle. “All Scripture is given by inspiration of God, and is profitable for doctrine, for reproof, for correction, for instruction in righteousness.” 2 Tim 3:16

The Lord Jesus Christ fully accepted this truth when He declared: “Thy WORD is Truth” John 17:8. Another time He declared that the people discussing an issue with Him were confused because they did not know the Scriptures. “Jesus answered and said to them, ’You are mistaken, not knowing the Scriptures nor the power of God.’” Matt 22:29

Believers are to ‘contend earnestly’ for true doctrine. We are not encouraged to ‘put teaching on hold’ if it is not Biblical. “Beloved, while I was very diligent to write to you concerning our common salvation, I found it necessary to write to you exhorting
you to contend earnestly for the faith which was once for all delivered to the saints.” Jude 1:3

Believing what God says about Himself and the world He created is vital. What we believe and teach affects others. “Take heed to yourself and to the doctrine. Continue in them, for in doing this you will save both yourself and those who hear you.”
1 Tim 4:16

We have to speak up when necessary. “As I urged you when I went into Macedonia—remain in Ephesus that you may charge some that they teach no other doctrine, nor give heed to fables and endless genealogies, which cause disputes rather than godly edification which is in faith.” 1 Tim 1:4

Christians are not to judge one another, passing sentence and viciously criticising those who do not agree with them. They are, however, commanded to closely guard the Truth of God’s Word and speak up where necessary. The eternal destines of men, women and children are at stake.

We are our Brother’s Keeper – but never his Judge. “And a servant of the Lord must not quarrel but be gentle to all, able to teach, patient, in humility correcting those who are in opposition, if God perhaps will grant them repentance, so that they may know the Truth.” 2 Tim 2:25

“Timothy! Guard what was committed to your trust, avoiding the profane and idle babblings and contradictions of what is falsely called knowledge—by professing it some have strayed concerning the faith.” 1 Tim 6:19-21