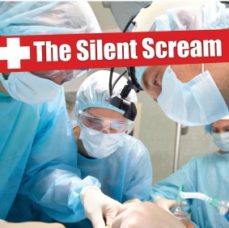 David Attah had been raised in a Muslim home; with a sensitive and pleasant face, and wearing wire-rimmed glasses for nearsightedness, David carried himself with the look of a man with gentle intelligence. Inside he had hurt for many years. As an only child, his mother had died when he was a boy; he had never been wanted by his cold, stern father. Friendships had been few. This changed at university though, when David found himself surrounded by companions. His loneliness left.

Discovering a God Who loves
David had always believed in God, but the  big question he battled with was, “What kind of God is He?” His Muslim family had taught him that Allah was absolutely sovereign; that all was planned before it happened. The best anyone could do was accept his fate because “Allah willed it.”
But David had been fated to be a lonely boy, and he rejected this. He was ready to receive the Christian God, Who said, “You must be born-again”. At a revival meeting in his town one night, David found his second chance in Christ. All of the harsh Muslim beliefs that he had picked up along the way seemed to fit the personality of his earthly father: unloving, unyielding, and uncaring. By contrast, Jesus revealed a Heavenly Father who had sent His Son to die for the world. The choice seemed clear.

Hope of a new life
He raised his hand and repeated the sinner’s prayer. “Now my new life of friends and fellowship would last forever…” he thought.
But, everything changed. As David walked to class one morning, a woman sped through an intersection, striking him down. The woman was arrested and charged with driving under the influence. David knew nothing; he remained unconscious with severe head injuries, broken bones, and internal bleeding. When he opened his eyes again he was in hospital. He heard a familiar voice say, “You’ve been out for two days.”

Unable to speak and all alone
He discerned the shape of his friend Jonah near his bedside. They were roommates, and were scheduled to graduate together – final exams would begin in a few weeks. From the extent of his injuries, David knew that he would not recover in time to finish school. His dream of starting a career in communications had a huge setback. How could God have chosen this time to decree such an evil fate for him? “Perhaps Allah was god after all”, he lamented…
David wanted to ask the nurse the extent of his injuries, but as he attempted to form the words, no movement or sound came from his mouth. He thought that the bandage on his head might be too tight across his jaw, restricting his speech. He tried again to speak, but nothing came out. Fear swept through his mind like wildfire.

Begging for food and medicine
A neurosurgeon from Makurdi General Hospital tested David’s speech and discovered that he still had marvellous language skills and was able to write. But David had totally lost the ability to make his mouth utter, even whisper, a single word.
In the weeks of rehabilitation that followed, David gained the use of his right hand. He communicated his thoughts by notepad. The hospital bills mounted and within a few weeks, his money was gone. The hospital required patients to pay for meals, but he could not afford to purchase them anymore. David began to ask for scraps and leftovers from his fellow patients. People liked him so much that they actually kept back food for him and he managed to eat for awhile…

Deserted by friends and family
Meanwhile his classmates at the university graduated. They became busy seeking new lives and careers. He had visits from Jonah and other students in the days following the accident, but after spending some hours at his bedside, they grew impatient. The David they had known was quick-witted and full of bright conversation. Now, all of his answers had to be written out, and he seemed to have lost his ability to bounce back. In frustration, Jonah accused him of faking the dumbness. “Why don’t you just get over it?” he shouted, as he left the room, never to be seen again. To pay for his prescriptions, David decided to sell his belongings. He sent someone to collect his things from the house that he shared with fellow students, but when he arrived, his room was bare. It seemed his old friends had stolen everything. This hit him hard. The new life he had made for himself in Makurdi, surrounded by friends, had been a mirage.
Perhaps he was fated to be lonely after all, and nothing had ever really changed. Old things did not pass away; all things did not become new. He plunged into a depression.

Attempting suicide
With no place to go, no immediate family to welcome him, David stayed in the hospital. Weeks turned into months. One day a national television crew came and filmed a story about him. David’s name and face was seen across Nigeria and funds were raised for an operation. He went for an MRI scan and was told that through surgery, scar tissue near his brain could be removed, and may restore his speech.
David was ready to take the risk, but at that time the political situation in Nigeria went through a sudden upheaval. The neurosurgeon fled the country with his family and all  plans for David’s surgery were abandoned. David had enough; he wanted to end the pain and disappointment. He prepared a lethal dose of pills to take later that night and sat down to pen a suicide letter, thanking the staff for their help.

An angel appears…
He placed the letter inside his Bible, which he laid on the nightstand. He would take the pills at night when the ward was asleep. But God has bigger plans for him…
A beautiful girl with large, kind eyes, walked into his room. At first David thought he was dreaming. She was not a member of the nursing staff. “Can I talk with you?” she asked. Her voice was soft and warm. “I know you can’t speak,” she said. “But they tell me that you write very well. My name is Rita, I am training to be a nurse,” she said. “So they sent you to practise on me?” he wrote. “No, I am curious about you. I saw you on television and I wanted to come see you.“
She reached out and picked up David’s Bible. “Are you a Christian?” He nodded. “I knew it!” She exclaimed. “So am I.” Her smile was full and lovely.  She opened his Bible and saw the note he had just written. “May I read this?” David froze inside. He wasn’t sure why he wanted to give her permission to read his suicide note, but for some reason, he did. He nodded and then watched as her expression changed to one of alarm. She looked at him, her brows darkly knit. “You must never, never do this!” she said. “I want you to promise me that you will not do this terrible thing.” David looked away. He could not promise her. He shook his head. She became offended and spoke sharply.
“Do you really believe in God, David?” He nodded. “Did God give you life? It’s not your life to take David. It is His.” David took his pad and wrote, “My family is gone. My friends have betrayed me. I have lost everything I own. My education has become worthless. I cannot pay my debts. I am alone and not even God cares.”
As Rita read this, she heard a voice speaking in her spirit: “If you want David to keep this promise, you must make a promise to be his friend.” Rita spoke slowly and deliberately, “God cares very much about you David. He sent me to you today.”

A life-saving promise
“If you promise me that you will never take your life, I will promise you something in return…I will be your friend as long as I live.” David could not believe she was saying this. He had never once heard anyone make such an intimate proposal to a complete stranger. He took his pad and wrote, “how can you promise me anything? You don’t know me.”
“This is not a promise to you, David. It’s a promise to God. He will help me to keep it.” In her words, David heard what he longed most to hear – a pledge of unconditional loyalty. Could it be that God had sent this girl to break him out of his silent prison?
The next day, Rita came to his hospital room with a prepared meal. She came the next day and the next. She ran errands for him. She did his laundry. They began long hours of conversation, her talking, him writing. She treasured his wonderful way with words, so she brought three files to keep his writings in. Months passed and Rita helped David with his legal proceedings.